Time to see some weird bosses.

Posted By Shubhankar Parijat | On 25th, Jun. 2018 Under Feature, Slider

Video game bosses can often be the most terrifying enemies in a game- usually, because they are exceptionally strong and difficult to beat, and require total mastery of the game’s mechanics by the player. Other times, however, developers decide to make our worst nightmares manifest by making some genuinely disturbing and unsettling designs for their bosses- like something out of a Lovecraftian nightmare (in some cases, literally). This is about fourteen of those unsettling bosses. 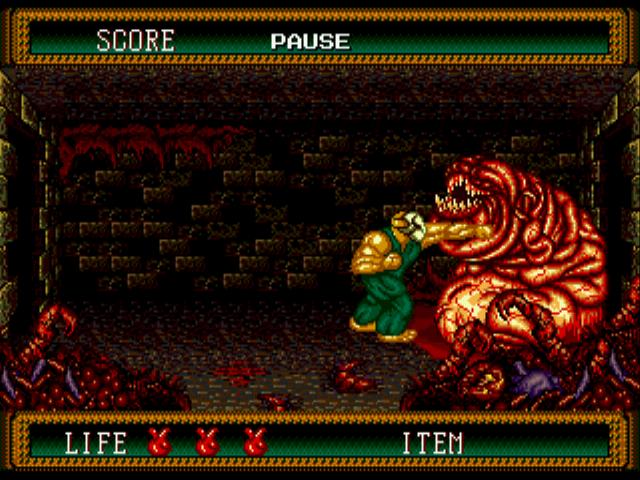 Splatterhouse 2 is a game that revels in being excessively gory and violent, a quality that endears it to a lot of people, despite the fact that critics don’t seem to like the game all that much. True to its overarching tone of excessive gore, the final boss of the game, called the Ultimate Evil, is a giant, screaming mass of disgusting looking flesh. Sure, there’s every chance that by the chance you get to this boss fight, you’ll have become immune to the game’s violent antics, but there’s no denying that this is a boss with a very unsettling design.