Get ready to get scared in a non-horror game.

You expect to be horrified when playing a game that is meant to startle or spook the player, be through jumpscares that scare the player at the moment, or long lasting suspenseful psychological unease, you knew what you were getting into when you put that disk into the tray or pressed download on your console. But, when playing a video game that isn’t inherently horror, you don’t expect there will be any out of place boss battles that will leave you needing a change of pants. Make sure to leave the lights on and maybe tell your parents to stay in the room. 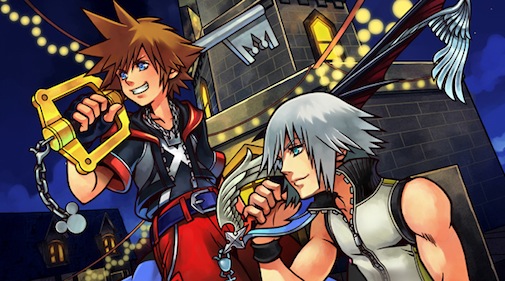 The entire premise of Kingdom Hearts, as a whole isn’t the most light-hearted of all games, you are fighting the darkness in people’s’ hearts, after all, most of the bosses aren’t scary though, not to most people, anyway. Ansem, Seeker of Darkness was the main antagonist in the first game and a reprise role in King Hearts 3D: Dream Drop Distance. What made Dream Drop Distance stand out from the others was its branching story path, which allows the player to not only play as the beloved Keybearer, Sora, but also as his best bud, Riku in a big story that links together in the end. In Riku’s side of the story, you fought a lot of enemies, however, without some serious grinding, none of them could have prepared you for Ansem, Seeker of Darkness.

Acting as the final boss in Riku’s storyline, Ansem, Seeker of Darkness was bound to be hard, but what makes him scary? Well, if it wasn’t scary enough that this battle will force the player to grind, or else it is a serious battle of luck, he also has a lot of attacks that can come out of nowhere, if you aren’t right up on him. You may remember his guardian from previous games, well, its back and possibly a bit creepier, it guards him from taking damage in some parts of the fight, and even assists him to deal with the player, then there’s the room you fight in, it is erie and dark, the music does not help either, then there’s the second round that has him encased in his guardian, which is kind of creepy, all the while the surrounding area is even more unsettling than the first round.