Posted By Shubhankar Parijat | On 01st, Aug. 2018 Under Feature, Slider

You’re playing a game, walking forward through a dungeon, when you spot something on the ground. “Oh look!” you exclaim happily. “Look at this length of rope I found! This is gonna come in handly later when I’m strangulating an NPC for no reason other than I was bored.” Cool find, right? You bend down to pick it up, but then- BAM! It’s not a length of rope. It was all a huge deception.

The game pulls the rug out from under your feet, as it turns out that the length of rope was actually a venomous snake, and it had been lying there for thousands of years, pretending to be rope, just hoping that someone would notice it and fall for its wily tricks. “Ha ha!” the game snaps happily. “Gotcha!”

Well played, game. Well played. Here are fifteen times we underestimated innocent looking things in games, only to be completely blindsided by their true, evil colours.

JUST ABOUT EVERYTHING IN PREY 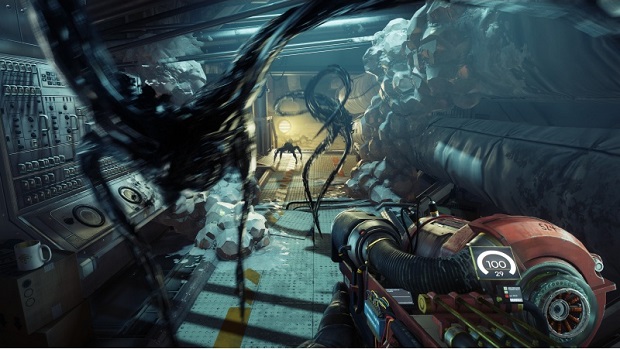 Even the simple act of walking around a seemingly dull environment in Arkane Studios’ Prey is a horrifying prospect. The central hook of the Mimics, the main enemies you come up against most often throughout the game, is that they can take the shape of literally anything in the world. Every step you take is fraught with tension, every object you pick up or look at can be potentially deadly. That chair you see there? That boring little pen lying on the table? That plant standing in the corner? Everything in Prey is out to get you.