When you had bought the PlayStation 3 first, you may have liked its looks. But after having seen it in the same design for more than a year it can become boring. It becomes like a eyesore and you want to replace it with some other better Gaming console. While you can’t buy a new Gaming console every now and then, you can try out the mods that make the old console look like a new one and unique (I mean how many people own a PlayStation 3 today, with the same black box and a green switch-on light). These mods that I have collected are the best ones you can find anywhere. You will surely love most of them. So, here is the list of best PlayStation 3 Mods available out there. The numbering is completely random and is not based on any kind of ranking.

Without a shadow of doubt this is a stunning representation of Solid Snake on the black beauty. The way the name of the game plunges out of the PlayStation 3 is amazing to look at. 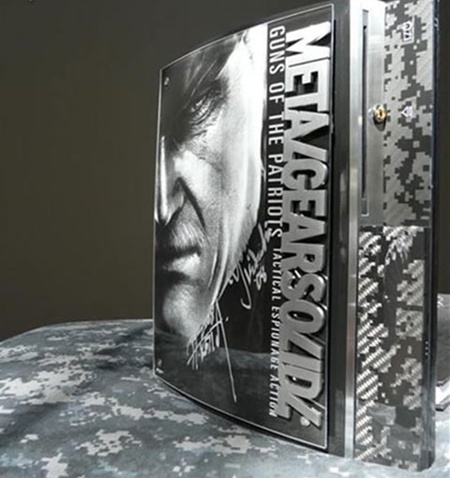 Although not attractive, this PlayStation 3 case mod has an ultra smooth surface. It is ideal for people who like to see all things red around them. 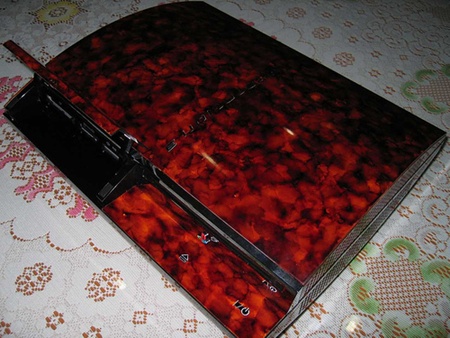 The imagination behind this piece of art is truly amazing. The sword and the PlayStation 3 resting on a mountain just matches the theme of Assassins Creed. And the glowing candles are just an icing on the cake. 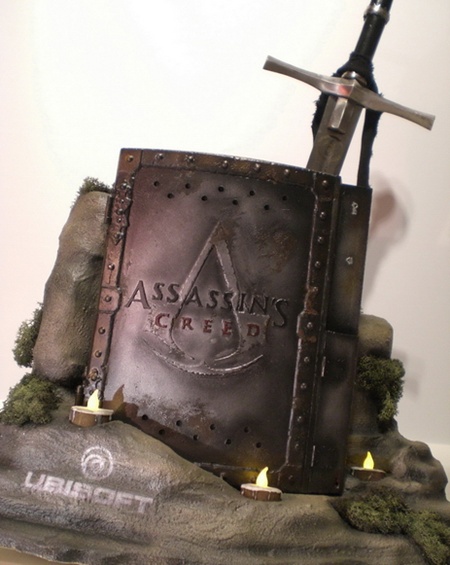 This is a pretty weird case mod for me. I bet many people won’t like this. But I decided to include this as well since it’s a piece of art after all. Looks like the developer of the case had molded the original case to get the desired shape. 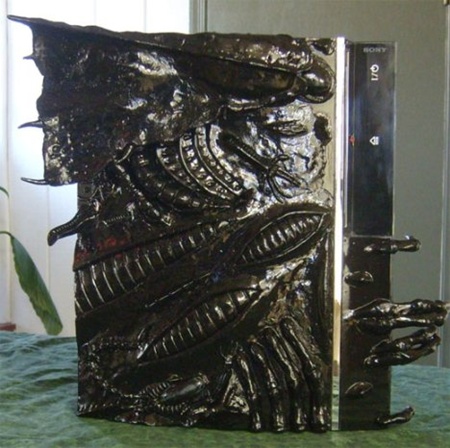 Although simple in design and looks, this case looks stunning. This is a type of design which you will usually find on sport cars. This is the ultimate definition of an aggressive PlayStation 3 case design. 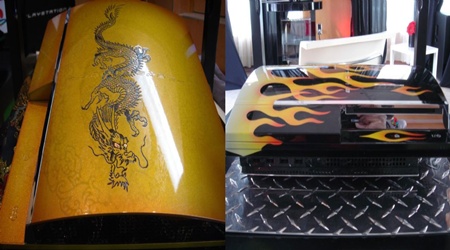 This one is for the history books. This is far the most unique case mod I have ever seen. The developer of this mod was very imaginative indeed. Look at the design, the pressure gauge and the valves running in and out of the PlayStation 3. Very original indeed. 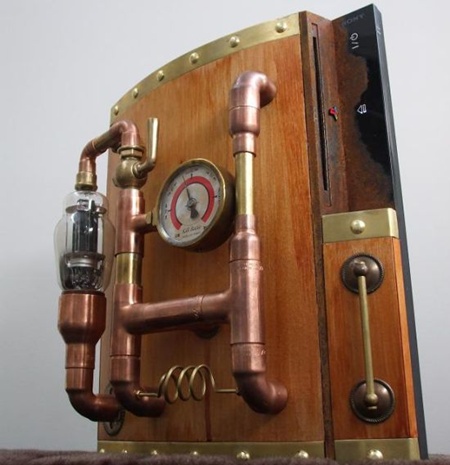 Sleek and sexy but a very simple and a plain design. The upper case has been replaced with steel like material due to which your PlayStation 3 will get a glossy look! 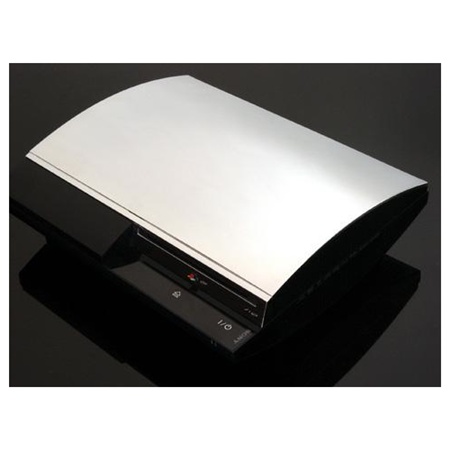 Not exactly a mod, but every racing game fans dream. The ultimate set up of a real racing car powered by engine know as the PlayStation 3. What could possibly go wrong! 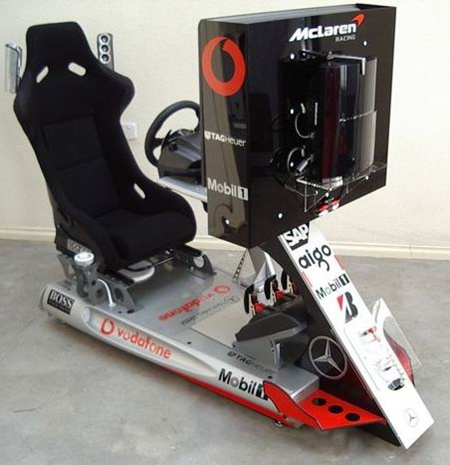 Scared? Well for those who want to scare and horrify people, they should look in to this case. It looks like a ghost which is coming through a curtain. Again a nice job by the one who made such a terrifying case! 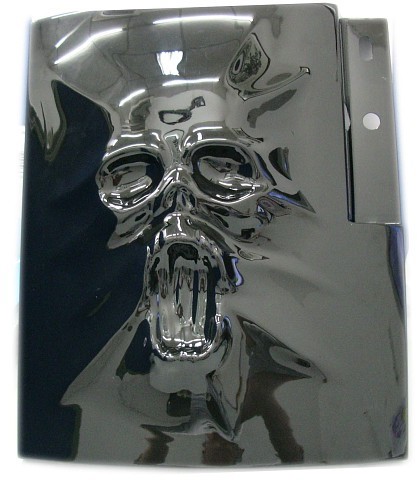 Nothing spectacular or innovative but it has a blu ray logo instead of the Sony one for a change. 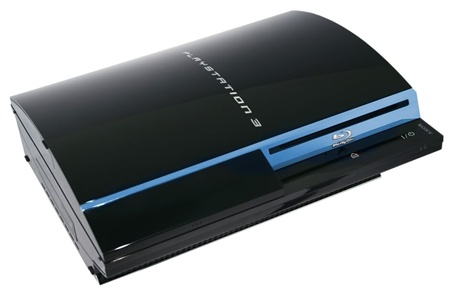 If you thought the previous one was cool than you will be excited after seeing this one. Along with Old Snake inscribed on the upper case, the outer edges have little LED’s that will glow to make your PlayStation 3 look red hot! 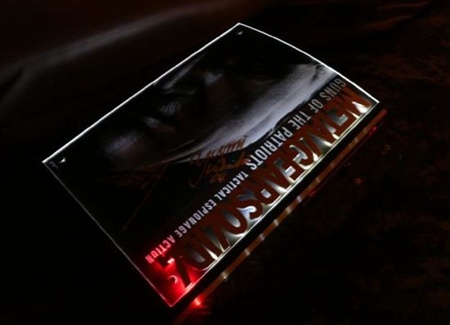 A case which is inspired from the game: Rainbow Six: Las Vegas, is surely to attract a lot of attention due to its bluish shadows and of course the fact that the PlayStation 3 looks so much like a tall tower. 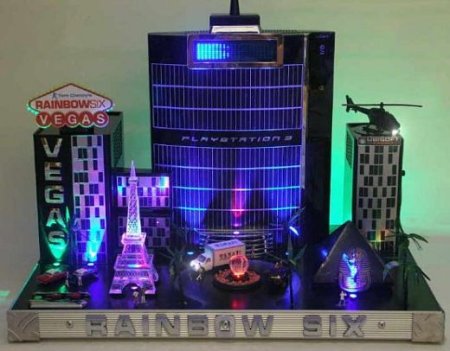 Again not a mod, but a beautiful representation on how the PlayStation 3 slim looks in various colors. It’s an ideal gift for anybody’s birthday! 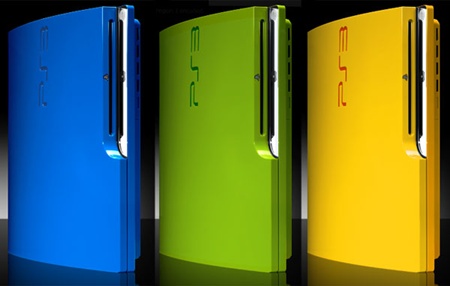 Just like Assassins Creed, this one is based on Far Cry. 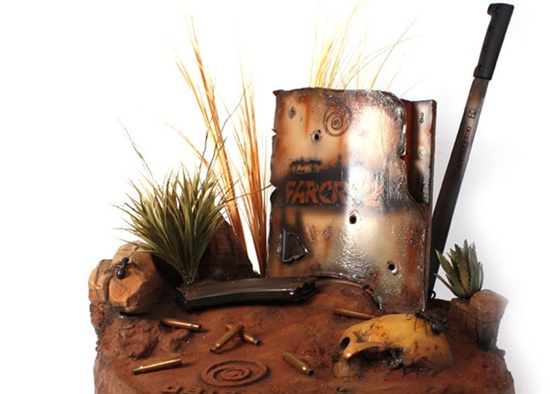 Look like this was made by a PS3 owner madly in love. It had red spots which gives the impression that its blood. A perfect way to say: I LOVE YOU! 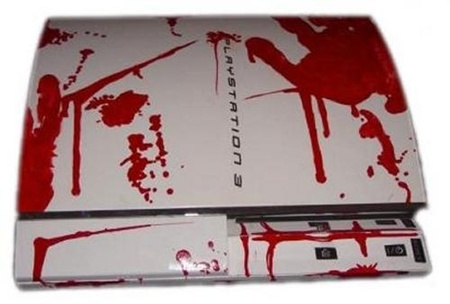