Posted By Shubhankar Parijat | On 27th, Aug. 2018 Under Feature, Slider

It’s all too easy to bungle a video game companion character spectacularly, and there have been several high profile examples over the years that support that notion, sadly enough. But by that same token, there have also been so many games that have featured some truly amazing companion characters. Characters who are along with us for the journey (or parts of it) and make it so much richer than it would have been without them, characters who constantly delight us with their amazing personalities and antics. This feature is dedicated to all those characters, and here we’re going to list fifteen of them. Do note that this isn’t a comprehensive list by any means, and given the sheer number of amazing companions we’ve seen in games over the years, there’s every chance that we’ve missed out on several notable ones. So if you can think of a name that you don’t see on this list, don’t forget to mention it in your comments.

WARNING: There may be some spoilers ahead.

TRIP (ENSLAVED: ODYSSEY TO THE WEST) 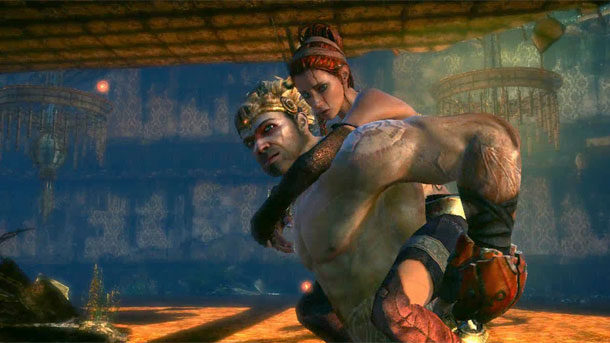 Enslaved: Odyssey to the West is a woefully overlooked and criminally underrated game, and the character of Trip is perfectly emblematic of just how good a game it was. On paper, Trip should be nothing more than yet another annoying character in a glorified escort mission – you literally have to carry her weight – but she proves to be so much more. During gameplay, she can actually be pretty helpful, but what helps her really stand out is just how well written she is as a character, plain and simple. That excellent writing is backed up by equally excellent acting and voice work, and watching her relationship with Monkey grow over the course of the game is one of the highlights in an excellent game.