We got some real lookers in 2021- these were the best of the best.

As we move deeper into the new generation of console gaming and developers starting focusing more on the newer hardware, the technical and visual quality of games we get is going to improve radically in the coming years- there’s no better example of that than the recent The Matrix Awakens UE tech demo, which turned out to be an absolute stunner. But even though we’re not quite at that point yet, 2021 still gave us a number of games that impressed us on a visual front. Here, we’re going to talk about the ones that stood out the most, before then picking an ultimate winner from that group. 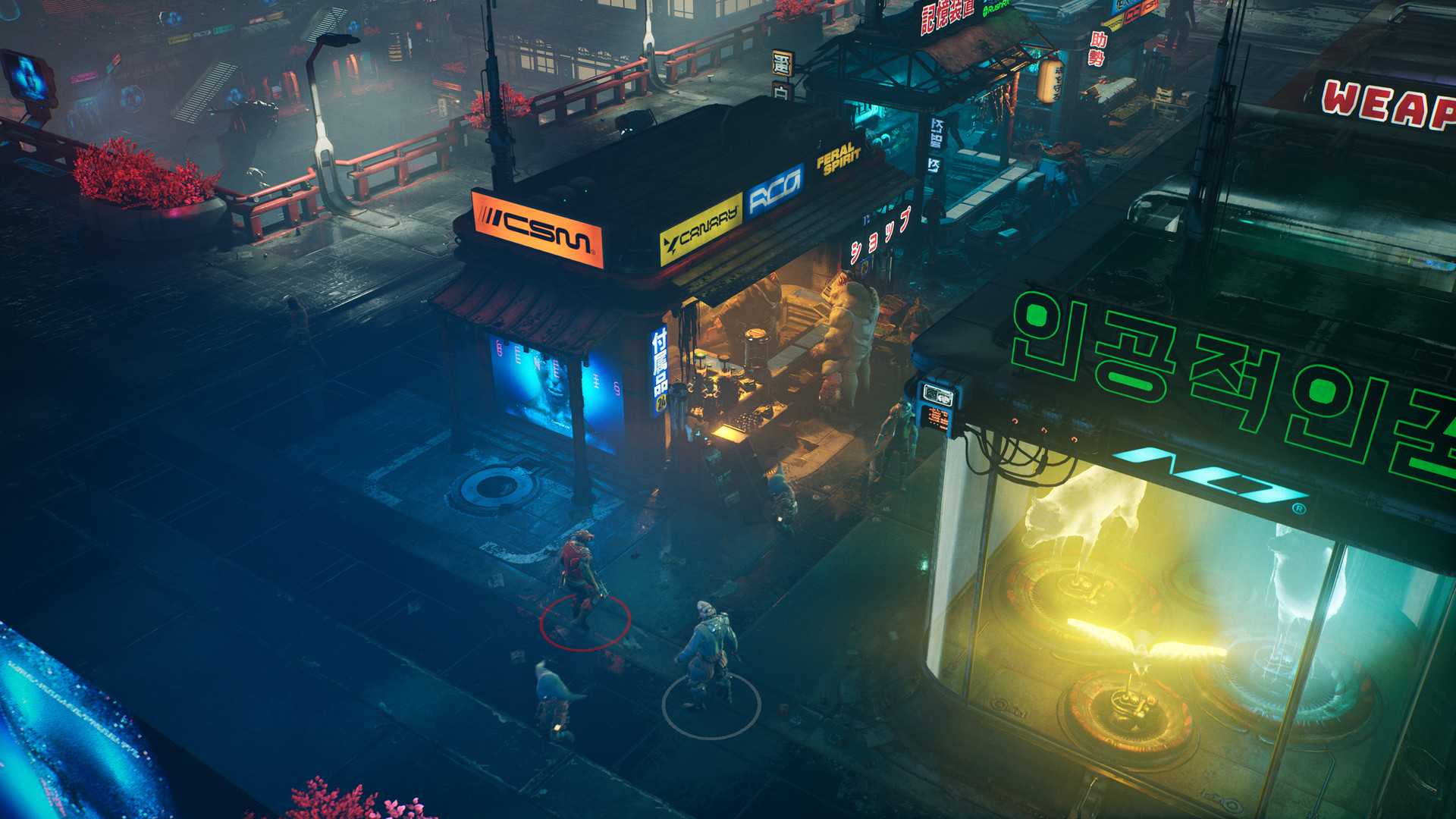 It’s still a little hard to wrap our heads around the fact that The Ascent was made by a team of just a dozen people. It’s a game that punches far above what anyone had expected in more ways than one, and that includes the visuals. Its cyberpunk setting is brought to life with stunning graphics, which impress as much on a technical level as they do on an artistic one.

Ratchet and Clank games have been the poster-child of games that look like playable CG movies pretty much as long as they’ve been around, and with Rift Apart, the series hit entirely new heights. From the gorgeous environments you find yourself in to the vibrant art style that characterizes them, from the brilliant models for characters and enemies to the details crammed into their animations, this is a game that never stops wowing on a visual front until the very end. 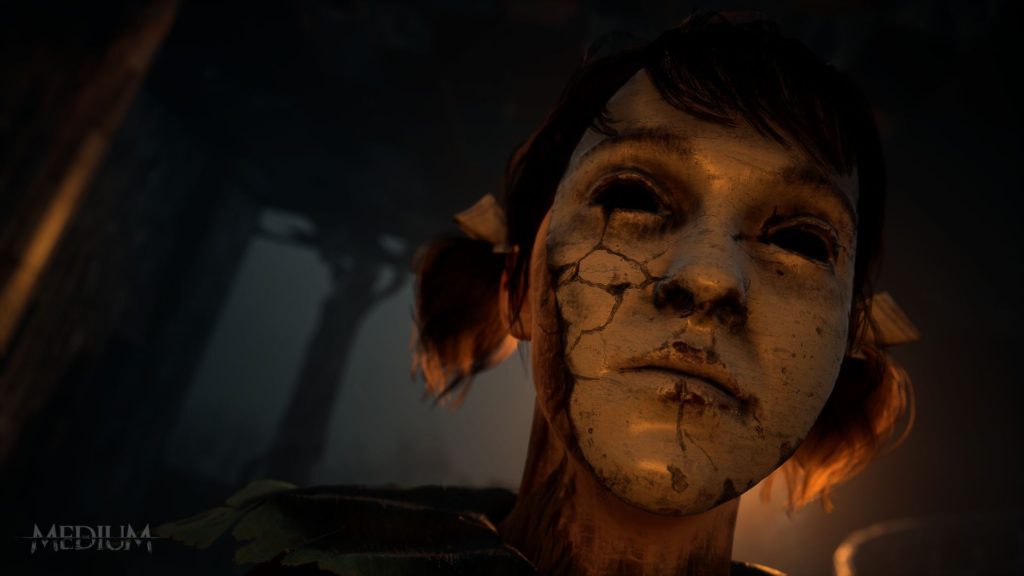 The Medium was a flawed game, to say the very least, but the one aspect of the experience that did not disappoint in the slightest was its visuals. Described as Bloober’s most ambitious game to date, it very much lived up to that billing. Its Dual Reality mechanic was a sight to behold, and witnessing both of those worlds rendered on-screen simultaneously, and in as much detail and with the kind of sharpness that they exhibited, was truly an astounding experience. 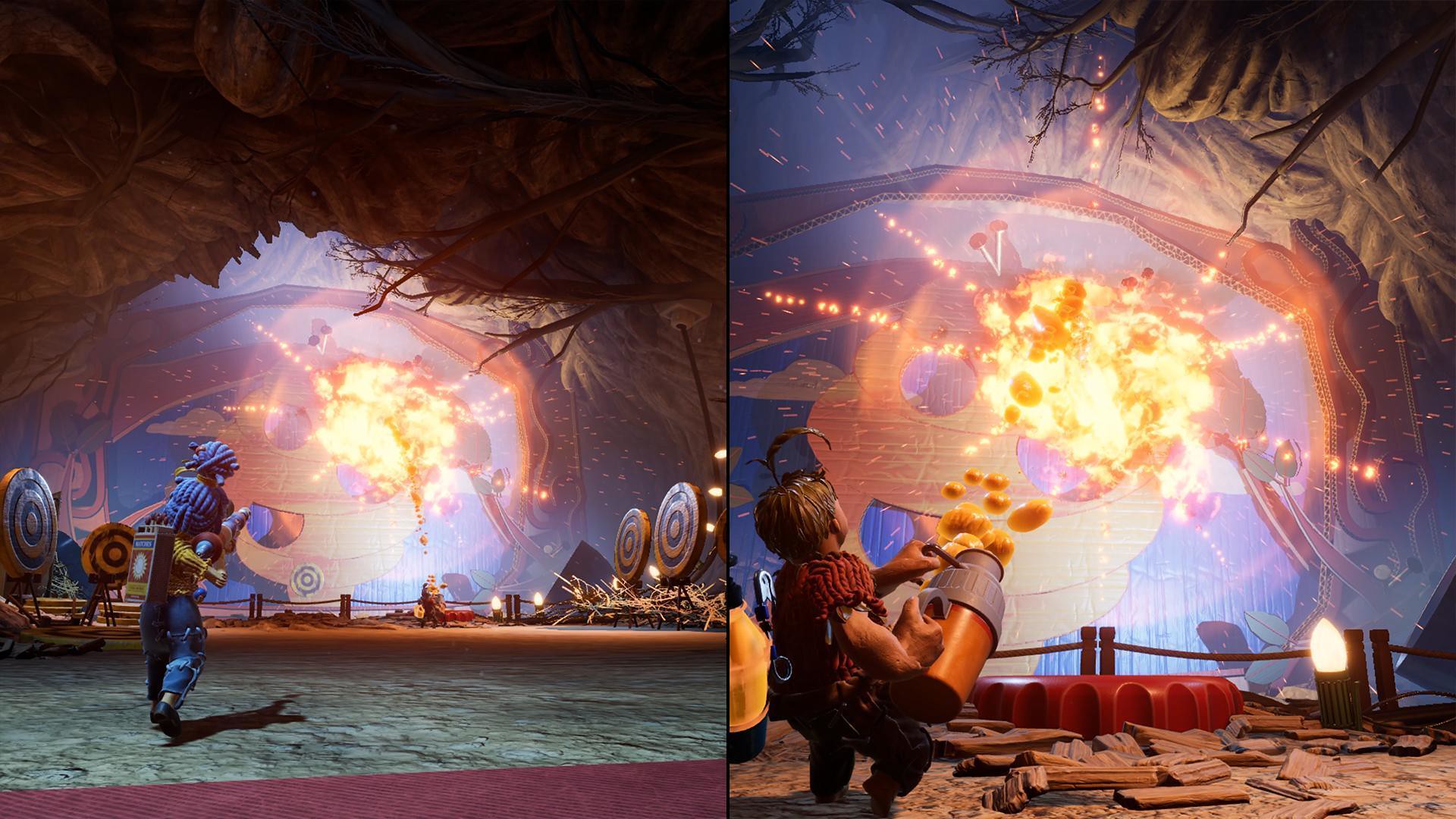 Josef Fares and his team at Hazelight produced one of 2021’s best games with It Takes Two, delivering an experience that succeeds at nearly everything it sets out to do- which, of course, includes how it looks. It’s not the most technicall impressive game you’ll ever play (though it’s no slouch either), but where it really succeeds it how constantly creative it is with its art design. By its very nature, this is a game defined by relentless variety, and its visuals never fail to do justice to that constant momentum. 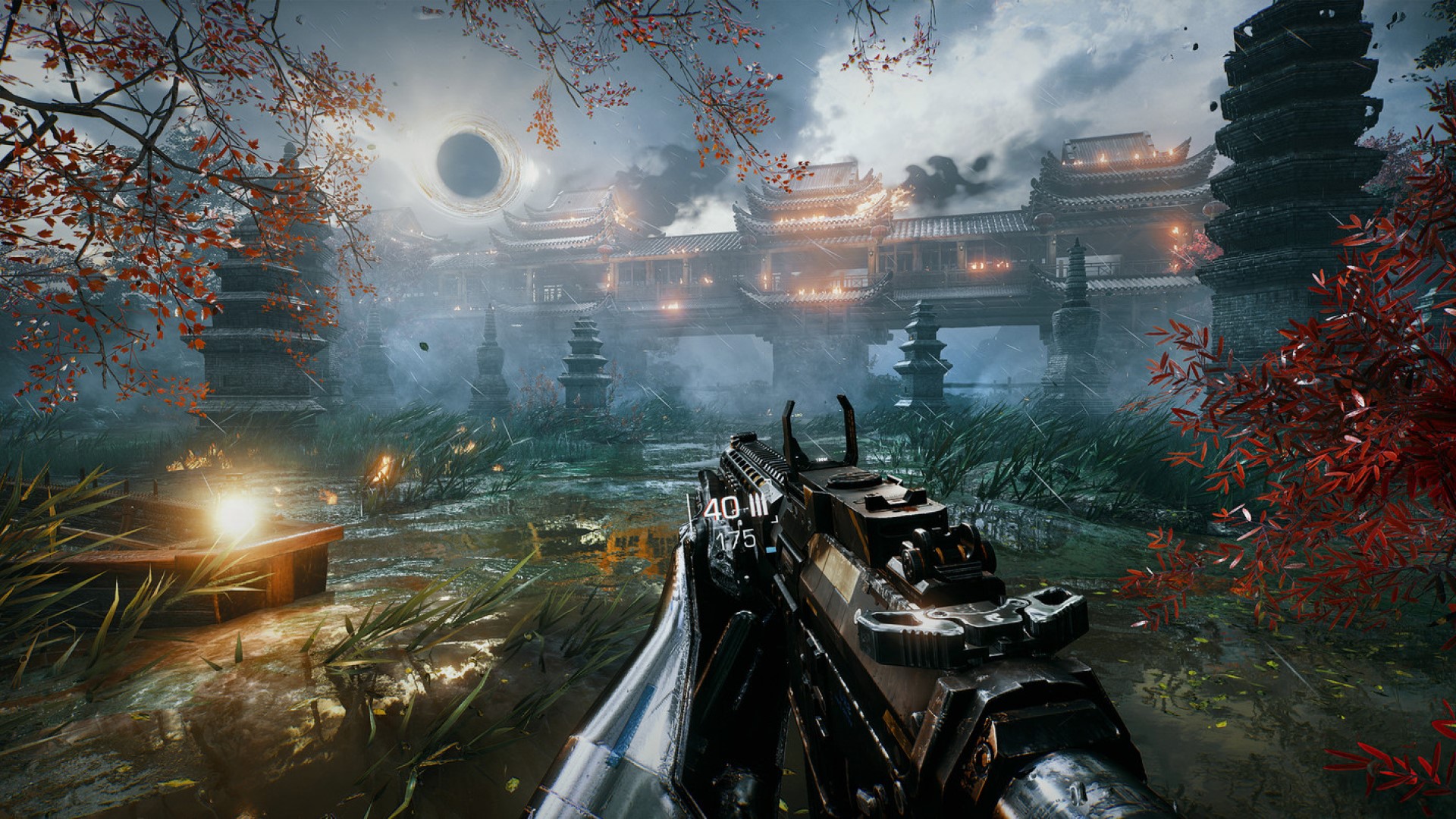 Bright Memory: Infinite made a huge impression on everyone when it was first unveiled last year, and it’s fair to say that the game itself ended up living up to expectations, especially where its graphics are concerned. There aren’t a lot of games that came out this year that can stand toe-to-toe with this one in terms of the technical aspects, and the fact that it was made largely by a single person makes its achievements that much more impressive. 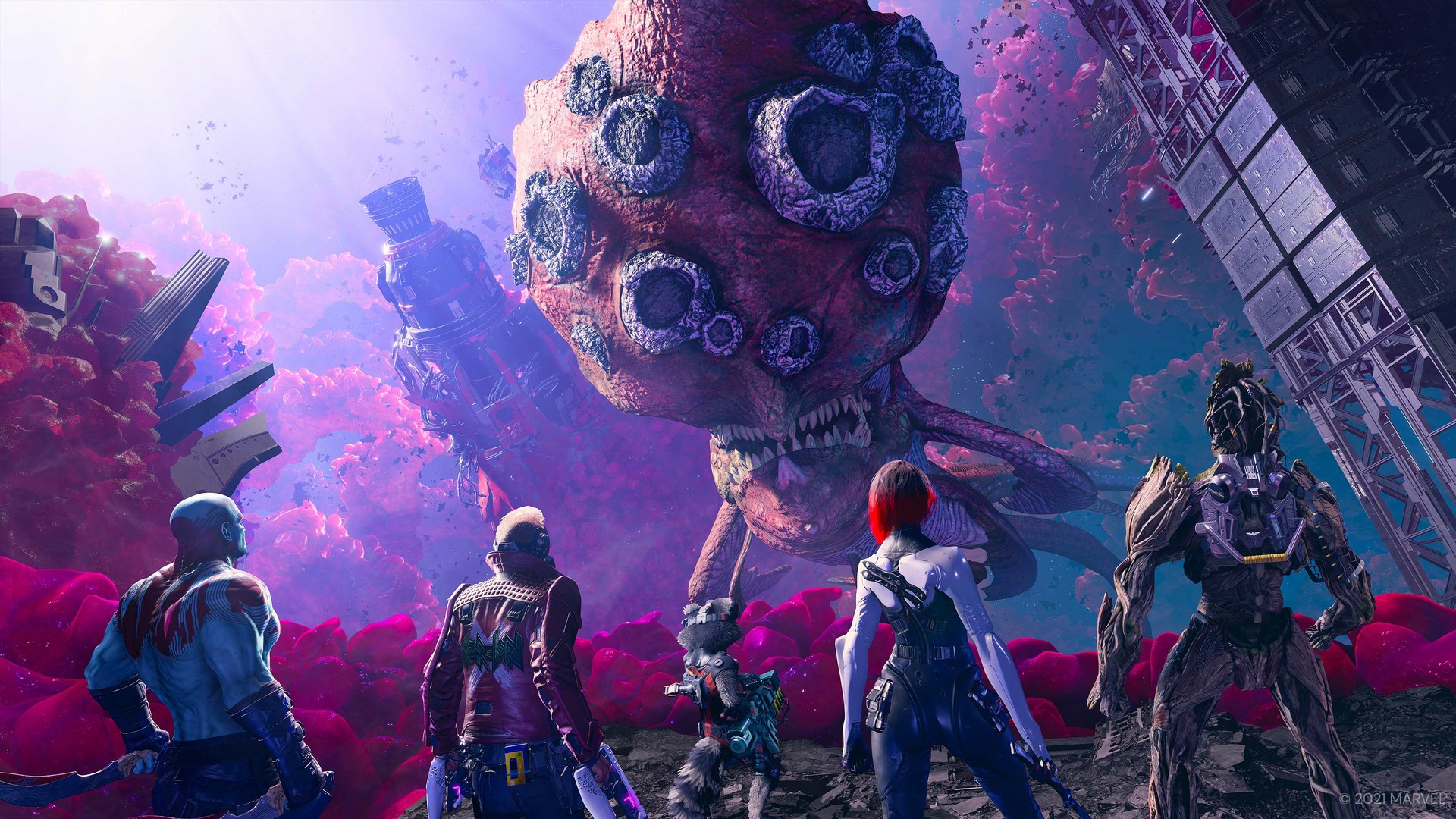 A lot of people wrote off Marvel’s Guardians of the Galaxy before it even launched, but thankfully, the game ended up proving a lot of its doubters very, very wrong. Visually, it was absolutely stunning, and the vastly different looks and art styles of the many locations you visit throughout this galaxy-spanning adventure lent incredible personality to the whole experience. Also worth mentioning are the character models and the excellent facial animations, which might just be among the very best we’ve seen in a game so far.

The unique aesthetic of the original Little Nightmares is, in a word timeless, so a sequel building on those foundations was always bound to be a visual treat. Little Nightmares 2 definitely did not disappoint on that front- in fact, it may very well have exceeded expectations. The larger scope and scale of the story and the entire adventure meant that the game constantly delivered stunning sights and striking vistas that have stuck with us until now, while the lighting, too, was outstanding in a number of areas (remember the hospital?). And of course, the grotesque monstrosities you cross paths with throughout the experience deserve special praise for their visual design as well. 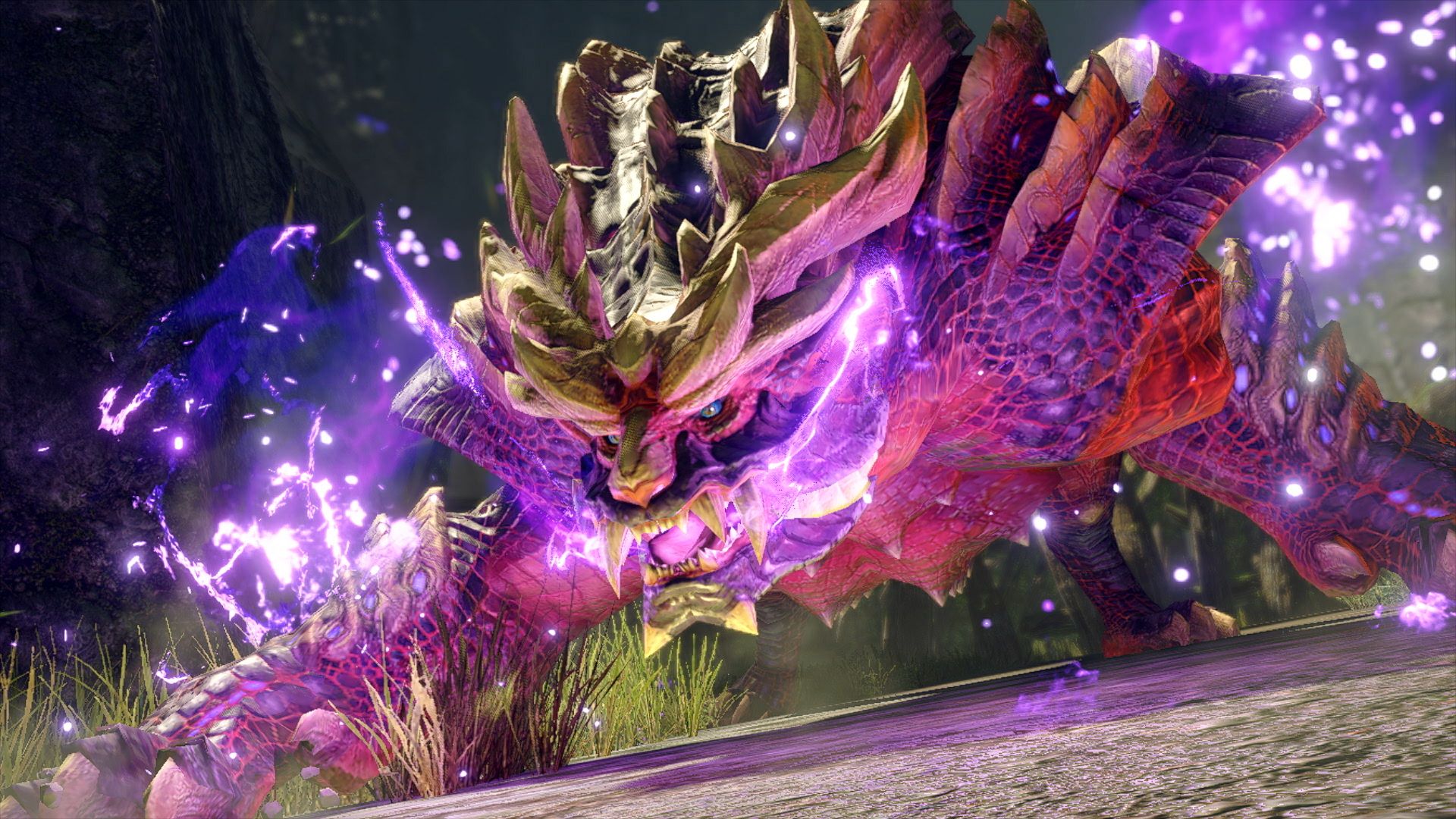 Being a game built natively for the technically inferior Switch, Monster Hunter Rise was never going to be the most technically proficient game of the year, and there was little chance of it looking as good as Monster Hunter World and Iceborne did. But viewed in a vacuum, this is still an excellent looking game. The detailed monster models for the monsters, the consistently surprising and delightful ways they animate, the beautiful and varied environments across its maps- there’s plenty of stuff to like here for those who’re looking for some eye-candy.

Since its first showing in 2020, Kena: Bridge of Spirits had been promising a visual treat, among other things, and thankfully, the game did not disappoint. Developer Ember Lab has had a lot of experience with animation in the past, and that showed in spades in Kena, with Pixar-esque animations and stunning art design that never failed to impress. And then there’s the game world itself, which looks drop-dead gorgeous from the first second to the last. 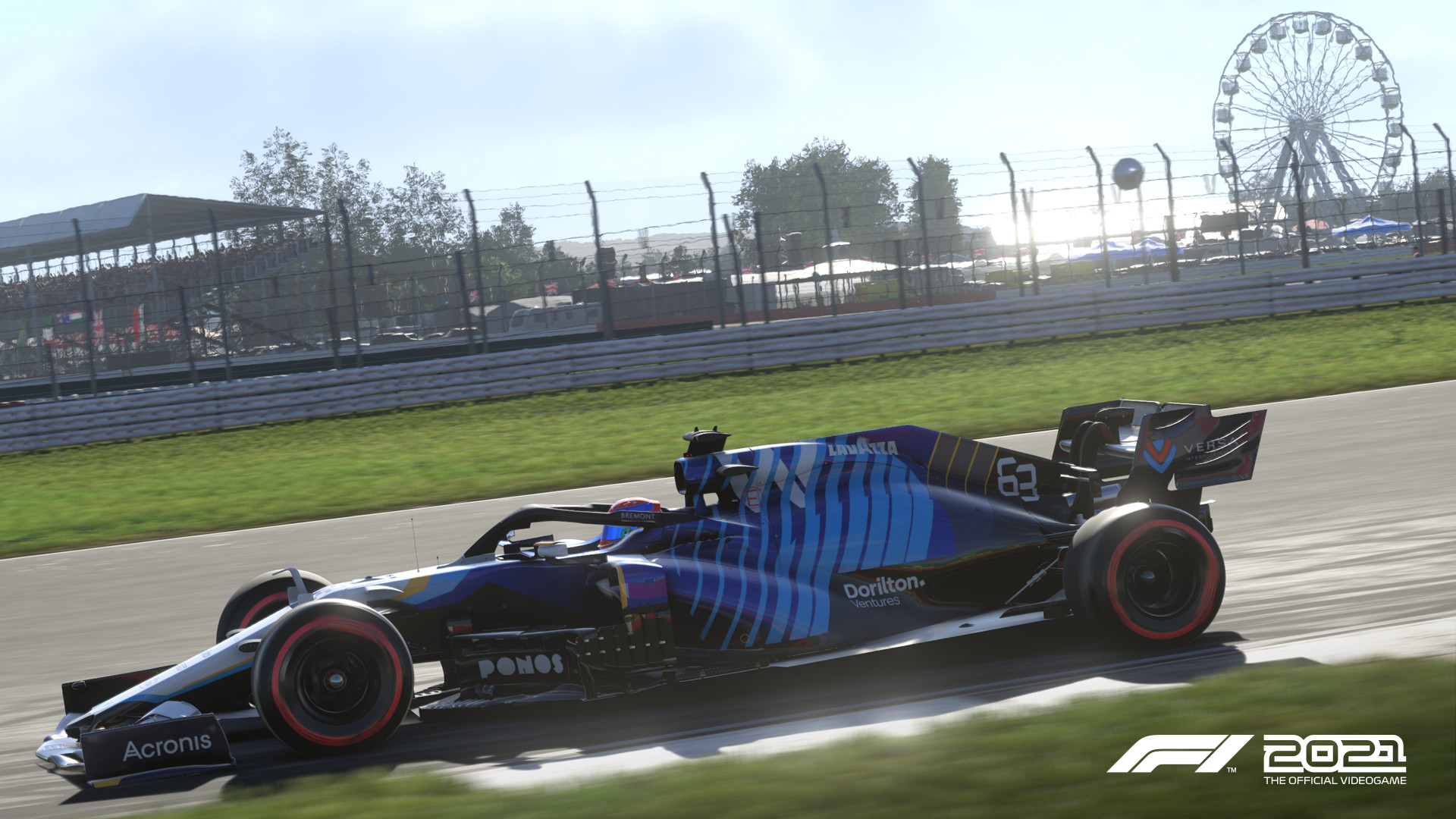 Sports sims are more reliant on high production values and solid visuals more than any other genre of games, so it’s no surprise that Codemasters’ annual F1 series, as the best of the best this genre has to offer on a yearly basis, stands tall in this category as well. Closer inspection can surely bring up some flaws with a few aspects of F1 2021 visuals, but when it’s firing on all cylinders and you’re racing through excellently crafted tracks, the game looks unbelievably gorgeous.

By now, Capcom has shown time and time again that it can do some truly incredible things with the RE Engine, and Resident Evil, appropriately enough, has benefited greatly from the developer’s switch to that engine. Resident Evil Village is yet another feather in the series’ cap. The titular village is truly a sight to behold, and whether you’re trekking through its snow-capped hills or walkthrough its dimly lit caves, whether you’re creeping through the gilded corridors of Lady D’s castle or making your way through the reservoir, this is a game that keeps on setting the standard for excellent visuals from its first second to its very last. 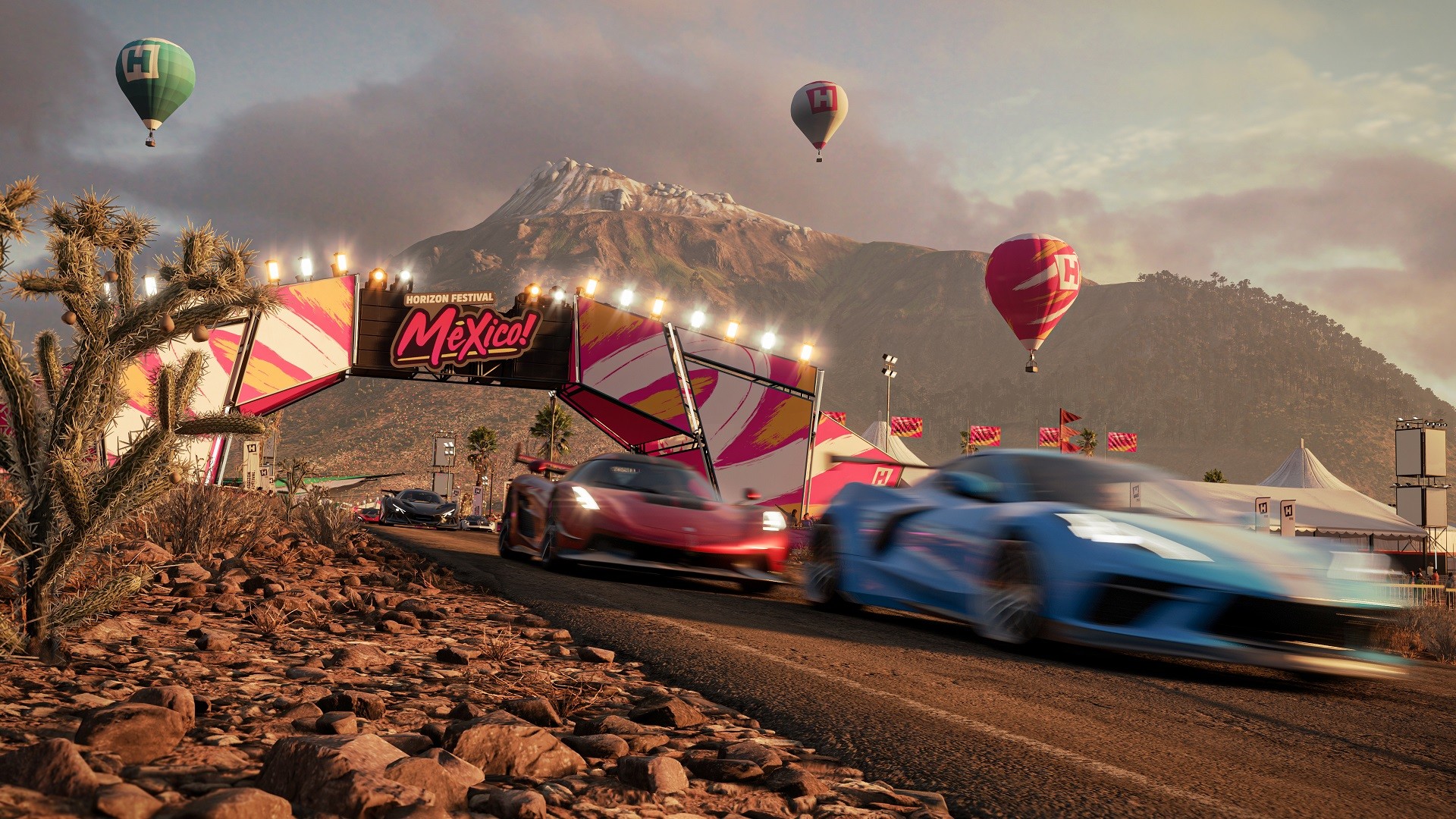 Playground Games has been consistently putting out visually stunning open world games on a consistent basis for a decade at this point, and with each new entry, the Forza Horizon games have looked better and better. Forza Horizon 5 continues that trend, and delivers one of the best looking racers we’ve ever played. The open world of Mexico is varied and crammed full of detail, the vehicles look gorgeous, the lighting is breathtaking- we can go on and on about how good the game looks. No amount of praise would be enough.

Returnal is Housemarque’s first ever 3D game, but you wouldn’t know that by just looking at it, because the technical excellent that is exhibited here suggests that this is a developer that has been doing this for as long as it’s been around. The creepy, decrepit environments of Atropos are gorgeous to behold, with the excellent art design being backed up by equally impressive art, and the bright, chaotic bullet hell action remains a particular highlight of the visual experience no matter how much time you pour into the game. 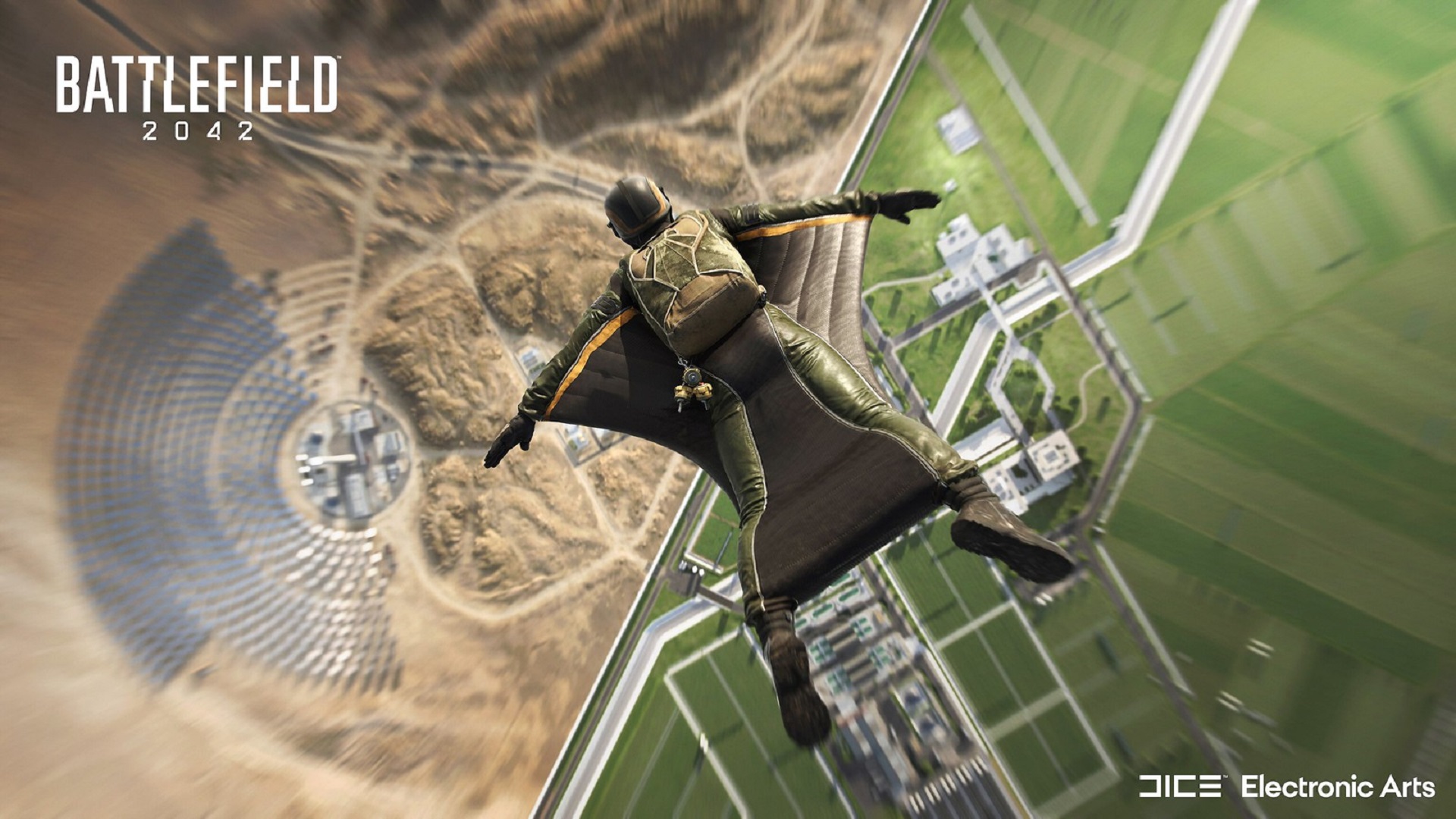 Battlefield 2042 has, sadly, been a bit of a disappointment (to say the very least) in more ways than one, and it’s going to take a while for DICE to bring the game up to the level that they were promising it would be at. But at least where its graphics are concerned, the game is an unabashed winner. This, of course, is an area where DICE has excelled without fail for a long time, and though Battlefield 2042 is riddled with plenty of technical issues, it at least always looks excellent. 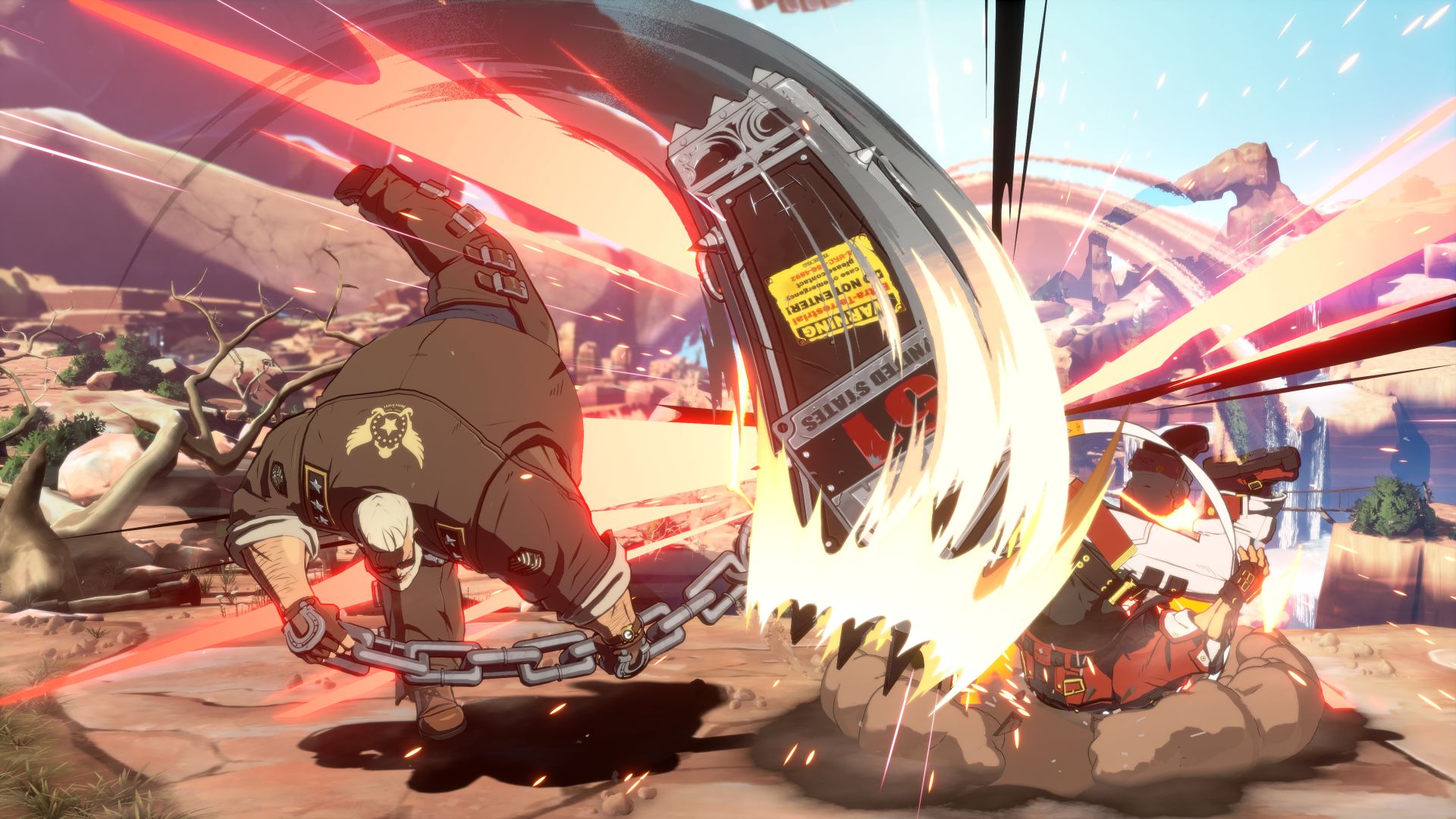 Arc System Works has a knack for building incredible fighters that excel not only on a mechanical level, but also on a visual one. Dragon Ball FighterZ was a perfect example of that back when it first released, and in 2021, Guilty Gear Strive came along and exceeded even that. This is a game that’s constantly gorgeous to look at, from the excellent effects that add so much weight to the on-screen action to the beautiful background art in the stages, from the brilliant character models and their animations to so much more. 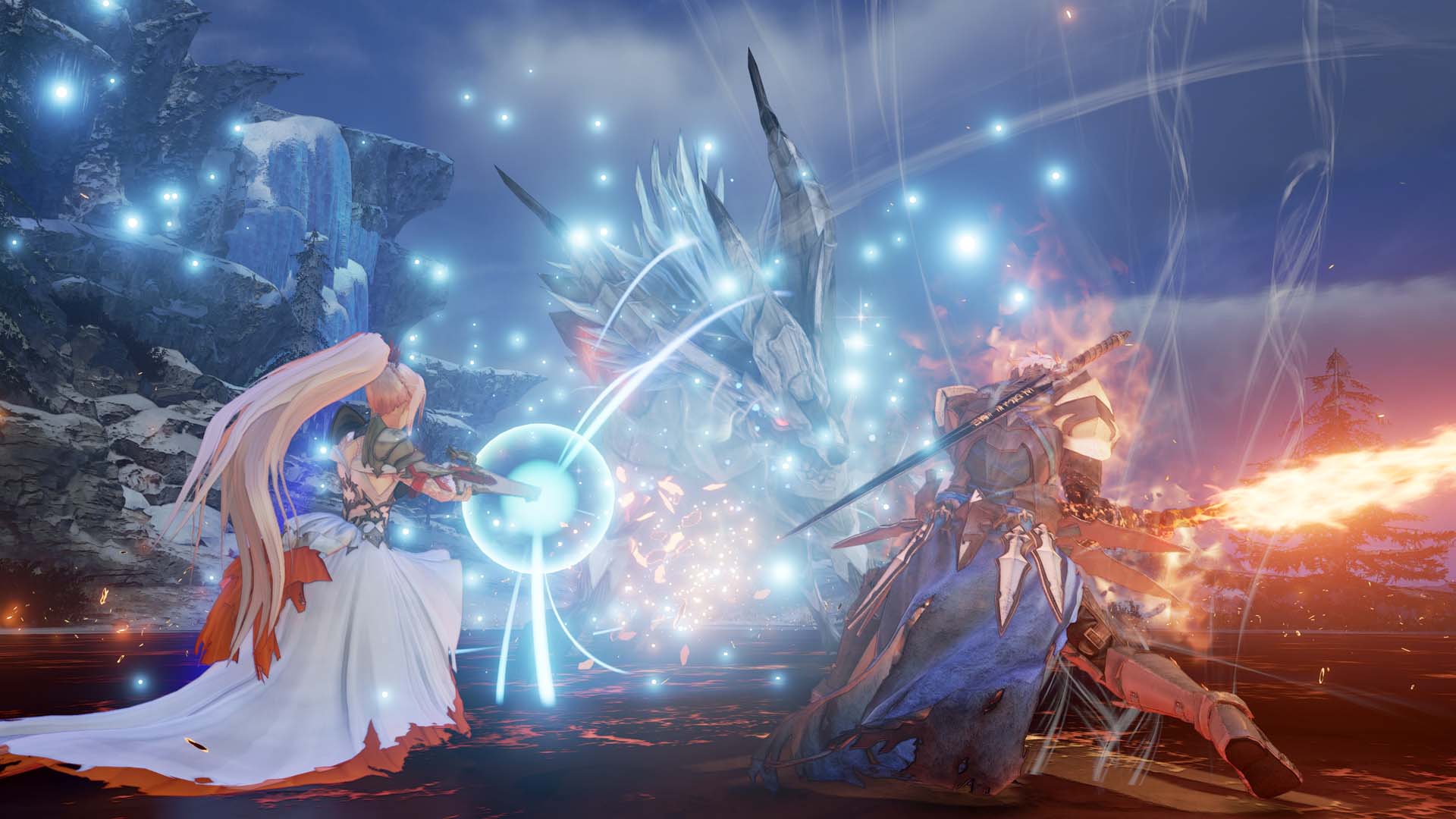 Tales of Arise is clearly the series’ biggest-budget production to date, and that shows constantly throughout the experience. Technically, it’s obviously still not on the same level as something like, say, Final Fantasy 7 Remake, but taken as a whole, this is an amazing visual package. As you move from one gorgeous location to the next, it’s hard not to marvel at the consistently excellent art design, which does wonders in bringing the game’s varied and vibrant world to life. Calling it one of the best-looking JRPGs in recent memory wouldn’t be an exaggeration in the slightest.

Honestly, this was an obvious choice, even when compared to the bevy of visual stunners it was up against- which should really tell you something about how good Forza Horizon 5 looks. Technically, it may just be one of the very best looking games ever made, and the detail it exhibits in everything from its many, many vehicles to the environments you’re racing through never loses its luster. And there’s so much more to appreciate here, too- the excellent weather effects, the impressive draw distances, the amazing visual variety of the world across its many biomes, the rock-solid performance that it maintains consistently, without fail. Forza Horizon 5 is a perfect example of what games can achieve when technical excellence and creative excellence join hands without making any compromises whatsoever.