Andrew Kane, 16 years old of Barrie, Ont., asked his parents if they would drive him to a hotel near Midland, where he planned to meet a 42-year-old woman he was having an online relationship with.  He met her through the World of Warcraft forums.  After his parents refused Andrew left on his own to meet his ’soulmate’, Lauri Price, a Texas mother of four.

Laura flew to Toronto and drove a rental car to pickup the teen.  She was under the impression that he was 20 years old after playing World of Warcraft with him.  The boys online chats with the woman revealed that they thought they were soul-mates.  Police found the couple Thursday afternoon at a Future Shop in Orillia after the boy had been missing for two days.  With the Canadian law for age of consent being 16, Laura returned home. 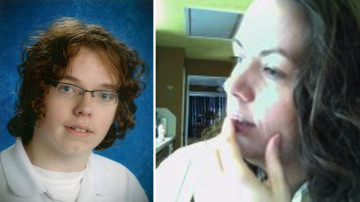