A look back at one of the finest character action games of all time.

Few franchises have stayed within the bounds of relevance in one form or another even remotely as long as Ninja Gaiden. from all the way back in the days of the NES and arcade games of the late 1980’s to its rebirth on the original Xbox and its two sequels, and the remastered collection of those games that is on the way now, the series has been moving forward for a long time with the relatively steady stream of successful games that, while some of them are many years apart, very rarely disappointed fans of the fast, skill-driven slicing that Ryu Hayabusa has been known for, for over 30 years now. In fact, one of the franchises most notable eras was that rebirth of a game back in 2004. The aptly-named Ninja Gaiden developed by Team Ninja of Dead or Alive fame and published by Tecmo.

Ninja Gaiden was always known for quick split-second decision making and furious, tense combat. In that, this reboot would also have to be known for the same things. Thankfully, Team Ninja was able to translate that same vibe of the original into a modern action game while balancing out modern sensibilities and still keeping it fairly difficult. This level of difficulty was a sight for sore eyes back in 2004 when lots of similar action games were leaning more towards being accessible and easier. And while there’s nothing wrong with that inherently, it did create a vacuum for a game like Ninja Gaiden to exploit and exist in. Most of the game’s enemies are packed with fast attacks and plenty of their own tricks, so actually paying attention to which moves are best dealt with by dodging or blocking is just as important as understanding Hayabusa’s moveset and being fluently familiar with how to use him.

It was a mix of challenge and balance that, even today, is rarely seen outside of Souls games and games that are clearly inspired by Souls games. But Ninja Gaiden was still entirely different from those games, so I hesitate to even make that comparison. It’s fast, furious, and has a feel that distinctly belongs to it, much like the original game from 1988. One thing that Ninja Gaiden does have in common with Souls games, however, is the fact that you will die a lot in it. Death is part of the learning process here and if you’re going to fire it up – especially for the first time, it’s something you’re going to need to get comfortable with. Your primary melee weapons and projectile secondary weapons are all you have against the foes that await you, and while those weapons are pretty cool and might seem menacing at first, you will quickly realize just how much the game requires skill more than anything else to get through it. The blazing combat system of Ninja Gaiden with how finely-tuned it is, makes the game stand out even today.

That’s not to say that the game doesn’t have myriad other things going for it though.  most notably of which is the excellent graphics and presentation for the time. It was 2004 which was definitely in the second half of that particular generation, but even still, the game pushed the original Xbox to its absolute limits by looking fantastic and still running buttery smooth. The Xbox certainly has a lot of great looking games in its library. Many of which can feel like they don’t even belong in that generation, and Ninja Gaiden was certainly one of those. By today’s standards it might not look like much, but if you compare it to other 2004 console games, you’d be hard-pressed to find more than a few games with this level of detail running as well as Ninja Gaiden does. It’s an expertly well-developed game that focuses on squeezing every drop out of the Xbox that it can just as much as it does being a great game, which is one of its most interesting qualities.

The plot of Ninja Gaiden is probably not its strongest suit but I think that’s exactly the way they wanted it. Hayabusa is resurrected from the dead and on a quest for revenge. There’s a little bit more to it than that but all you really need to know is there, and while some claim this is a reimagining of the original games, some interviews with original creators seemed to suggest that this game is actually a prequel to the originals, but as far as your experience with the game is concerned it doesn’t really matter. it also supposedly takes place in the Dead or Alive universe although, again, that doesn’t really amount to much as far as the player is concerned. The Ninja Gaiden story keeps things pretty simple and straight forward from beginning to end and that’s a good thing. This was again bucking the trend of its time, as a lot of other franchises we’re starting to get a lot more complicated and in depth with their stories. Whether or not this simplicity is a quality that matters to you is of course subjective, but at the time of its release it did feel like a breath of fresh air too many and today even more so. 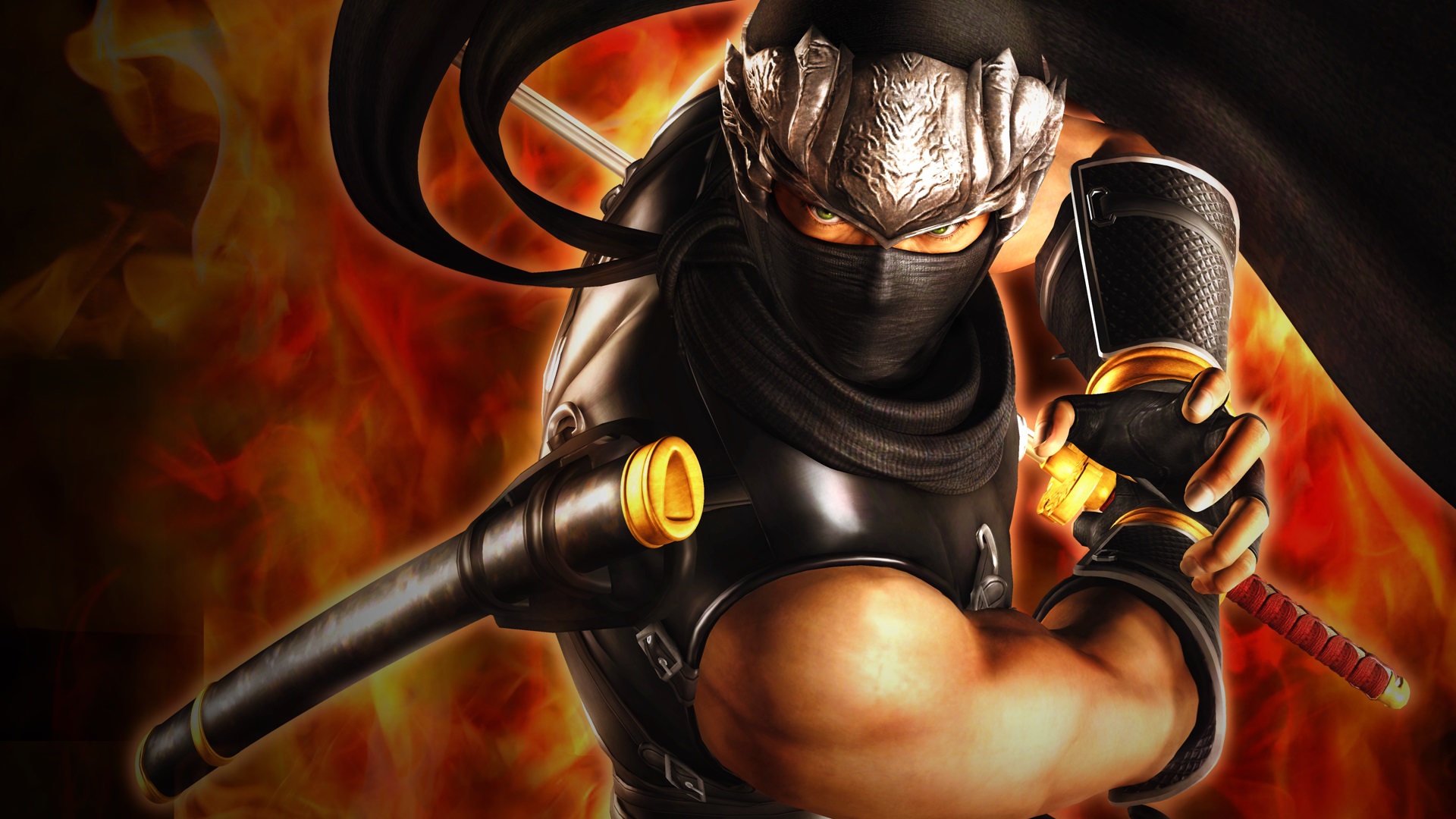 Ninja Gaiden has yet another trick up its sleeve though with its enemy variety. This is something that a lot of games from this era messed up, and why a lot of hack ‘n slashes and beat-em-ups of the time got a little repetitive after the first couple of hours. making sure that you don’t fight the same one or two things over and over again for too long is the key to keeping a game like this interesting and compelling, and Team Ninja definitely seem to understand that when they made it. Here you’ll be fighting everything from giant demons to fairly normal humans with electrified swords, all the way to Sengoku-era samurai characters, and of course lots of different things in between. This was not a game that would let you get lazy once you figured out how to take out a certain type of enemy because before you knew it something new that you’ve never seen would be coming at you and require you to learn an entirely new set of principles. On top of that Ninja Gaiden has some of the craziest boss battles from its entire generation, many of which are some of the hardest things you’ll do in the game as you might expect.

Ninja Gaiden has pretty much everything you would want from an action game not only from its time but even from an action game you would play today. It’s got high production values, challenging yet satisfying combat, a great sense of variety, and refuses to get in its own way with an overly complex story. Even the game play, while still challenging, isn’t particularly difficult to wrap your mind around. It’s more of a matter of training your mind and muscle memory on how to respond to certain situations then it is learning some complex control scheme to pull off certain moves. Ninja Gaiden has it all, and it should be no surprise that it has spawned its own new series of games as well as a remastered collection that is on the way right now. Hopefully, if that does well, Team Ninja will take it a step further and give us a new game someday.