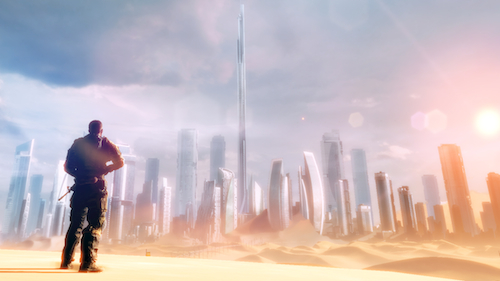 2K Games, in conjunction with The Prince Charles Cinema and Digital Spy today announced free screenings of war movies to celebrate the release of Spec Ops: The Line.

The films will be determined by a public vote, meaning you choose the films to be displayed on 30th May at 1pm. Seats will be given away on a first-come, first-served basis and carry an 18 certificate, sorry kids!

To vote for the films you want to see, head on over to Digital Spy’s website. Currently leading the pack are Saving Private Ryan, Apocalyse Down and Black Hawk Down, with Full Metal Jacket and The Great Escape not far behind.

The films will be screened back-to-back at Leicester Square’s Prince Charles Cinema.

Spec Ops: The Line is developed by YAGER,  published by 2K released in the UK on 29 June on Playstation 3, Xbox 360 and PC, carrying a BBFC 18 certificate.