The picture below shows the unmistakeable- 3D gaming on an Xbox 360. 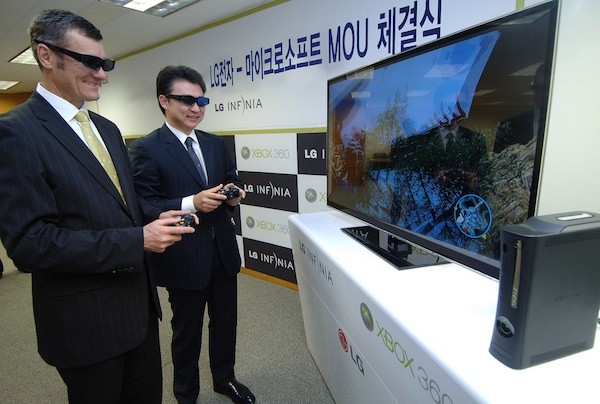 Using a LG 3D television, 2 reps at the gaming conference in South Korea can be seen playing a game, what looks like Alan Wake, in 3D on an Xbox 360 Elite.

Here’s a statement direct from Microsoft US on the partnership and the future of 3D Xbox 360 gaming:

3D games are available today on Xbox 360 and will continue to evolve. Today, you can buy a 3DTV and wear glasses to play games like Avatar and “Batman: Arkham Asylum.” The promotional partnership with LG announced in South Korea today is specific to the South Korean market, but is further evidence that as 3D adoption grows, Xbox 360 will support 3D games and entertainment.

It looks like LG and Microsoft are entering into a long term partnership- stay tuned to GamingBolt as more is revealed.