There would be only a few people who don’t know anything about video games and those who know even a bit about games the few of the very first name they’ll be able to recall would be street fighter . This review is about the latest installment in the long running series of street fighter.Street Fighter 4 proves to be a worthy and a true sequel to a legendary series. SF4 takes on the same basic style as of its original fighting series and proves that its so diverse that it can work even after so much time.

The very first thing you are going to notice when you insert your disk in your console is the graphics. Forget those old 2-d graphics. This time around they feel much more lively and a lot more colorful. This game uses an altogether new graphics engine for next gen consoles. The old stages are totally reconstructed. That doesn’t mean that all the levels are old. There are plenty of new ones and tell you the truth they are all gorgeous and a real eye candy. From the background dynamic objects, lighting, to the flying outfits our characters wear all feel much more realistic then ever before. The character models are drastically changed. They look more real and move much more fluently in a constant 60FPS. Each special move you’ll perform is accompanied by unique visual effects that’ll add to the beauty of overall gameplay. 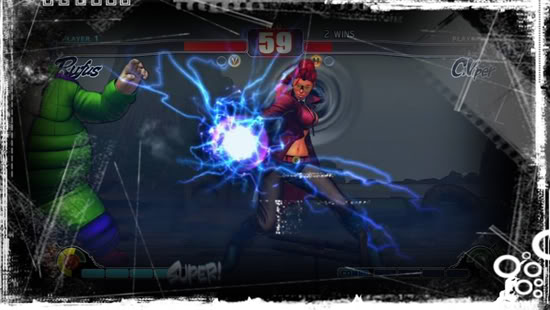 The core gameplay remains the same with a whole lot of improvements. The game is so easy to get a hold on yet it’ll take so long to master. There are three buttons for different kicks and three for different punches that’s nothing new as long as you are not a first time player of SF series. The special moves remain almost the same for the old characters and for the new ones you can always get help by starting the excellent practice mode.

The practice mode is specially so nice that its worth mentioning. It allows you to control each and every movement of your practice dummy. You want it to jump, block, kick or whatever, it’ll continue to do so unless you say otherwise. You can set your starting Ultra move bar, the EX meter stun frequency, vitality and regeneration times. Even that’s available in many other games but once you start practicing it’ll really help you improving your gameplay and you’ll come to know why I am saying so . 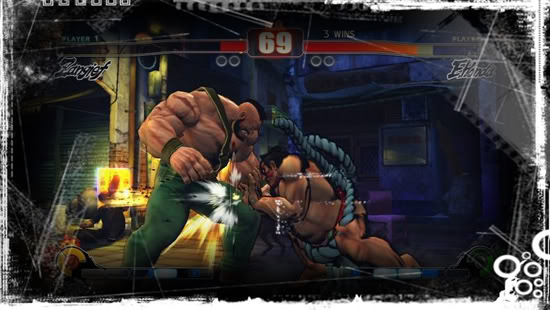 There is a huge arsenal of fighters, both old and the newones. The same old buddies like Ken, Ryu , E Honda, Blanka, Sagat are all available for selection along with some new ones like Abel, Rufus and a few more. Half of the fighters are available straight away from start but the othe rhalf gets unlocked during the course of gameplay. Some require you to fulfill certain objectives before getting unlocked. Even the last Boss “SETH”gets unlocked and playable. The Single player options contain the ARCADE mode and a Challenge mode. Arcade mode allows you to follow a character’s story to the end where one has to beat SETH. The challenge mode offers different gameplay options like time attack, survival but the new thing here is the trial mode. This mode is sort of a practice mode but you have to perform a set of moves the game asks for. This really helps is practicing combos and knowing which move is armor breaking and which deals the most damage in a particular situation .

The latest addition to the gameplay is the Focus attack & Revenge Meter. The revenge meter gets filled up when u take hits by your opponent. Once it fills up, u can execute an Ultra Combo. These are really stylish and they yield a high amount of damage. Every character has its own unique ultra combo. The focus attack allows you to absorb 1 hit of your opponent and then perform an unblock-able attack. They are performed by pressing the mid punch and kick together and they are really helpful when executing a ultra combo but that needs a lot of practice and getting used to.

The super combo “EX” meter fills up by attacking your opponent and when it fills up that u can perform a super combo. You can also use your EX meter to perform specific Special Moves, but this time they’ll yield a lot more damage than they normally do. To find out which moves can be used  try the practice mode. 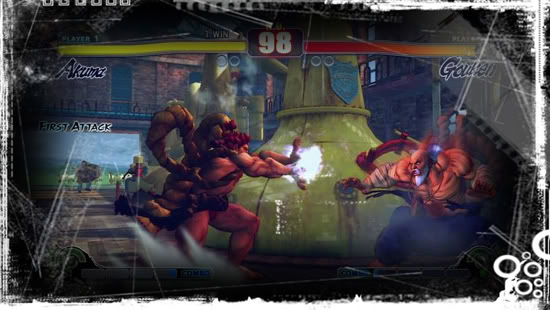 The sound completely fulfills the requirement of the game. It really adds to the overall gameplay . You’ll really feel the sound when you land a punch or a kick. The background sounds are distinguishable and are amazing.

The online play is superb except that there is no tournament mode. Other than that there aren’t any issues with the online gameplay . You win medals as you win matches online and they can be used to put up an avatar and a short logo in front of your gamertag. That you can see in the pre-game lobby before the start of a match.The connection bars show how good your online game session will be.The game carries a lot of replay value as long as you’ve a friend or you play online. And if you’ve one then you’ll likely play it forever. That doesn’t at all mean that the single player isn’t great or boring. It’s really diverse and has a lot to offer.

SF4 really proves the potential of fighting genre. With its gorgeous graphics and amazing gameplay its one of the best next gen fighting games available. A must have for fighting games fan and worth checking if you aren’t one. I m sure you’ll become one once u play this game.

Final Verdict:
EDITOR’S CHOICE
Amazing single player with an even better online multiplayer combined with superb graphics and gameplay makes it your top must have games list.
A copy of this game was provided by Developer/Publisher/Distributor/PR Agency for review purposes. Click here to know more about our Reviews Policy.