6 Most Amazing Headshots Ever

Posted By Shubhankar Parijat | On 14th, Dec. 2010 Under Feature, Slider 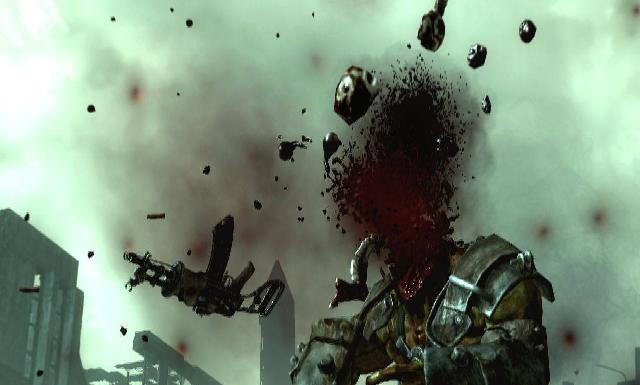 Headshots are an amazing way to murder your enemies (in games, of course). And while headshots may not be easy for people to pull off, they are just too awesome to look at.

Below, we have compiled a list of the six best headshots we have ever seen. Remember, they have been listed out in no specific order, though you’ll immediately recognize upon seeing the videos which have the upper hand over the others.

This video is no longer available.

A guy walks over to the foot of a tall building, looks up, and sees a mutant on the roof. Using Fallout 3’s V.A.T.S system, he then snipes his foe, to watch him get thrust of the building as he falls some distance away. Cool to look at, easy to pull off- simply brilliant.

A guy swaps from his knife to his Sniper Rifle, walks over to the roof of a building and makes the jump onto a ship below. Mid-air, he zooms in on a guy running on the ship below him, shoots him in the head, and lands safely. How cool is that? If it’s so cool to just look at, how awesome would it have been to pull off?

Sniper Elite- Headshot From A Distance Of 1 KM

Sniper Elite is an awesome game, especially for headshot lovers. I cannot remember the number of times I shot people in the face from huge distances. This is another such video. This guy shoots his enemy from a distance of 1 KM using his Sniper, and thirty five seconds later, the bullets crashed right into the poor target’s head. A WTF video, but in a good way, I guess.

This video is no longer available.

The guy playing in this video runs across the length of the map, looking for a target, and ultimately reaches an indoor bridge kind of thing. Below, he finds the target, jumps right behind him, whacks him with the butt of his gun in the head, then shoots him in the head, and gains the title of “Head-Hunter.” Believe me, it’s as cool as it sounds, if not more.