The CEO of Sobaka Studios answers some of our questions about their upcoming game, 9 Monkeys of Shaolin.

9 Monkeys of Shaolin is a game in which a fisherman sets out on a quest for revenge after his dear ones are slaughtered by pirates during a raid. Drawing upon classic Kung Fu films, this brawler features a variety of playstyles and also a distinctly gorgeous art style.

To learn more about the game, Gamingbolt reached out to Sobaka Studio and the studio’s CEO Dmitry Kachkov answered the following questions. 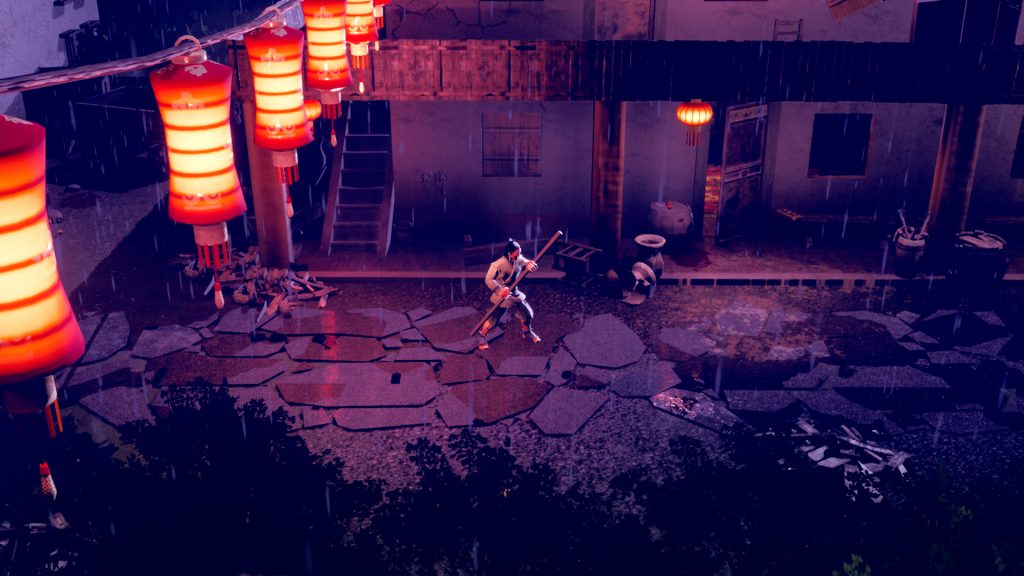 "First and foremost it’s about different types of enemies – from ragged Okinawapirates to mysterious ninjas and bloodthirsty ghosts. Each of these types has unique strengths and weaknesses so it requires special approach to deal with them."

This game appears to be quite similar to your previous venture, Redeemer. What would you say are some of the similarities and changes we can expect to see in 9 Monkeys of Shaolin?

Well, as a matter of fact, these two games are not that similar, and even the close combat differs considerably. No firearms and a strict close combat gameplay with thethree different fighting styles make a huge difference.On top of that, instead of a sci-fi setting it’s now Medieval China of the Ming dynasty with a bit of magic in the best tradition of Wuxia – Chinese fantasy. And of course, there will be the full co-op feature (locally or via internet).

Being a small team, were there any particular challenges you faced during this game’s development?

Indeed, our team is quite small but there is also a flip side of that coin. Every single member of our team is in charge of a special field which makes it more integral, the more people we have working together, the more opinions they have, you know. However, we’re determined to create as much content as possible so we’re really shorthanded.

There will be three fighting styles. Basic style tends to be a traditional one and it mostly tied to the selected weapon. The next one is Acrobatic style – it lifts enemies in the air allowing player to perform juggle combos. The third fighting style is based on use of mysterious magic seals which affect both enemies and players. Every technique is somehow unique and serve different purposes so they could be really effective in a conjunction with each other. Player can perform practically any combinations because switch between different fighting styles goes on a fly.

What can you tell us about character progression in the game?

One of our main goals is to show how mere Chinese fisherman becomes a legendary Shaolin monk known as one of the 9 Monkeys. In terms of gameplay we have a pretty straight forward character development – every new level brings a different amount of skill points and player can spend these points on a new fighting techniques or improve the techniques which he or she already has. Furthermore, as player explores locations he finds different items such as weapons and accessories each of them with its own unique abilities and it’s not just ‘+5 DPS”.

Combat is an integral part of this game. How do you manage to keep it fresh for 25 levels?

First and foremost it’s about different types of enemies – from ragged Okinawapirates to mysterious ninjas and bloodthirsty ghosts. Each of these types has unique strengths and weaknesses so it requires special approach to deal with them. Moreover, many locations has additional obstacles or circumstances such as firetraps, lightning bolts from above and etc.

What are the different weapon types used by the protagonist and how do they affect gameplay?

At the release there will be 10 types of weapons –from wooden staffs to Shaolin spades and Japan yari spears. Of course, each and every weapon has unique traits which could completely change your combat tactics. If player goes e.g. for steady and more defensive style then the oak staff could be the best choice because it improves blocking ability as well as prolongs stun effect. On the other hand, if you prefer to rush in the heat of battle, then you should probably try the fire guandao as it sets enemies on fire. 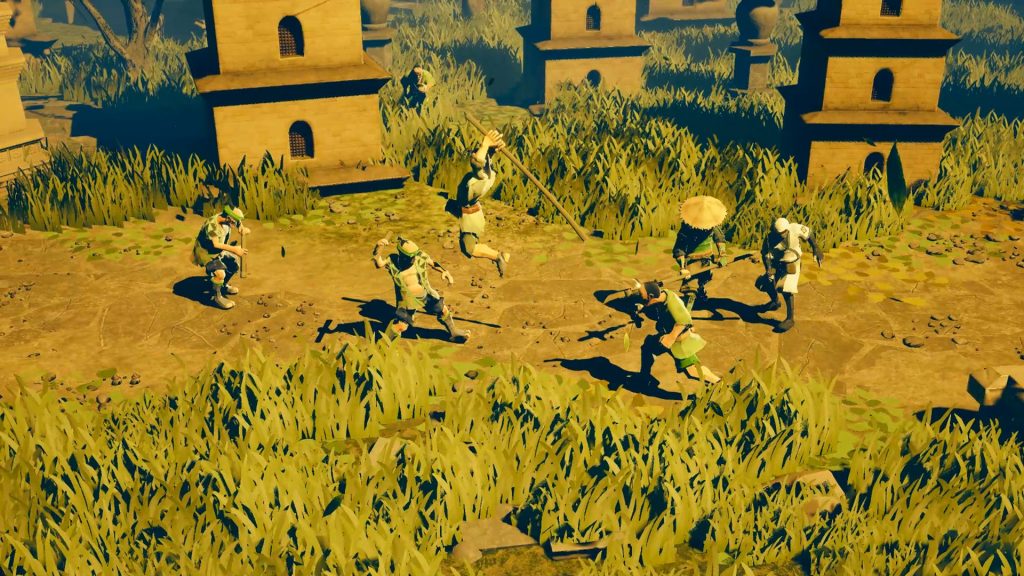 "Although combat and gameplay are our main priorities, this time we tried to make the story more complex than it was in Redeemer."

What can you tell us about the difficulty level of the game?

We’d like as many players as possible to enjoy our game and that’s why there will be at least three difficult levels in 9 Monkeys. Cakewalk – for those who just want to have some quick fun and run the game without focusing closely on its combat system. Normal – for the players ready for a fair fight and challenge. Hardcore – for those who’re eager to face the death.

Does the game feature a fully fleshed out narrative or does it take a backseat to gameplay?

Although combat and gameplay are our main priorities, this time we tried to make the story more complex than it was in Redeemer. 😉 Surely, this is a brawler and it’s not going to have Game of Thrones-like story. We don’t want do distract players from action but there definitely will be some twists.

What has been your approach to level design? Are we going to see some epic boss battles in this game?

Speaking in terms of setting, there will be all kinds of levels: Chinese villages lost in bamboo forests, monasteries high on the mountains, pirate ships, Japanese gardens and etc. We try to stuff the levels with various unexpected circumstances which player has to deal with as he fights his way through enemies. These circumstances might both be useful or dangerous for the players. In total, we plan to have 5 boss enemies with their own combat tactics and specificities. None of them is just a huge guy with a big health bar and high DPS.

I’m not quite sure so far about resolution but we’ll do our best to have steady 60 FPS!

There are two options we have here: either lower screen resolution with constant 60 FPS or higher resolution with 30 FPS. We’ll run some playtests to see what is better. I’m personally would go for higher FPS rate!

Oh, I don’t really want to take sides here (this could be risky, you know, ha-ha)

Frankly, I don’t see any big difference. After all, we’re using a pre-made game engine.

Engine and platforms provide billions of pretty useful toolsets and soft nowadays to help developers solve the most difficult issues. There was one particular issue, however, with one of the consoles – GPU crashed 50% of level loadings. We suffered like a lot with that problem but now everything works like clockwork! Hurrah!