A guide to the Special Infected- L4D2

A new Left4Dead brings new zombies. And they are here to rip your guts out. Luckily, GamingBolt can help. This guide will detail Versus tactics, recommended weapons for dispatching the beasties and a general overview of each Special Infected. 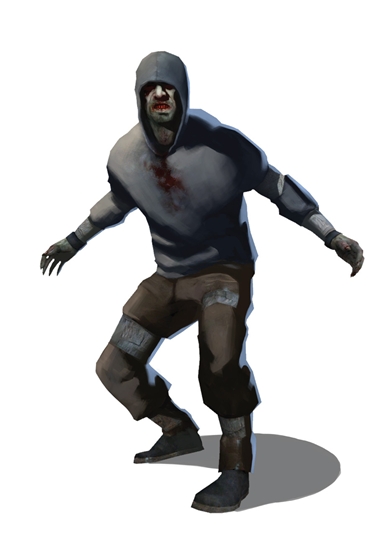 Description: My personal favourite, this zombie is small, agile and vicious. He works by crouching, then leaping at you and ripping out your innards. He can quickly incapacitate an unknowing survivor. However, he has a fairly limited amount of health and can be shot off his victim with ease.

Versus tactics: Don’t bother using this Special on anyone in a pair or larger group, as you will only be able to deal a pitiful amount of damage before being killed. Instead, try to ambush a straggler or someone far ahead. Make them realise that L4D2 is not a game for would-be Rambo’s…

Recommended weapons: Since the Hunter has such a small amount of health, anything will do. However, in order to avoid accidentaly hitting the survivor pinned underneath him use a accurate weapon, or fire in small bursts at him. The grenade launcher is therefore not recommended. 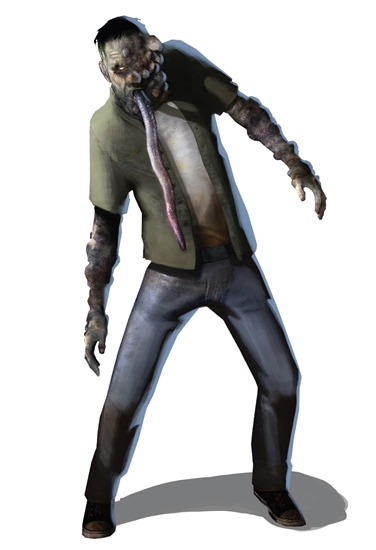 Description: The smoker is another deadly, but fragile Special Infected. He is definitely the ugliest, sporting a number of large boils off the side of his head, but unfortunately those don’t offer any extra protection from bullets. A quick burst is all that is necessary. The smoker operates by snaking out his long tongue at unsuspecting survivors and pulling them towards him, either constricting them against a fence or other obstacle, or reeling them towards him where he can deal extra damage by slicing at him.

Versus tactics: Again, this zombie is most effective when targeting a lone wolf. As the smoker’s tongue is very fragile, try to get into a position where you can reel your prey in all the way, or your tongue may be simply cut off.

Recommended weapons: Anything is good against this guy, but during Versus they tend to operate from dark corners or from up high, so a hunting rifle or sniper is the best for most of these situations. 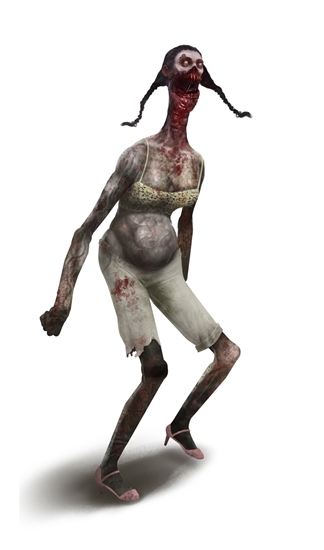 Description: This tall, gangly, apparently female zombie can spit out large piles of acid goo onto groups of survivors. The goo is very effective at lighting fuel cans on fire as well, and this can be used to your advantage during Scavenger. Again, the main traits are a lack of health but a lot of potential damage.

Versus tactics: Unlike the previous two, this zombie’s special ability is best used on large groups of survivors. If you find a small bottleneck, the acid can delay their progress for a few seconds, allowing other infected precious time to strike.

Recommended weapons: In versus, these guys can be a real pain, as they typically go high above you and shoot goo down on your head. Your best bet is the sniper. 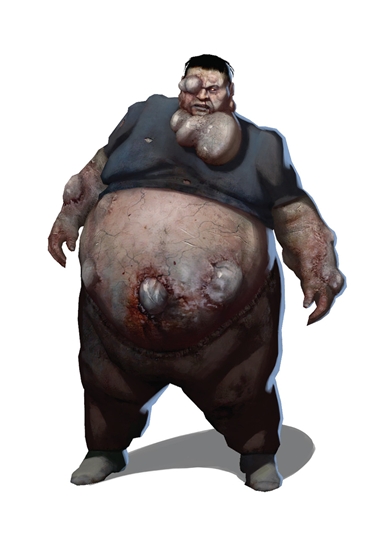 Description: The weakest of all the Special infected, yet the Boomer is a huge asset to any Infected team, but he lacks direct damage. The Boomer operates by vomiting boomer bile all over a group of survivors, which attracts the Horde and makes them hone in on anyone covered in the dreaded bile. However, the Boomer is easily taken care of.

Versus tactics: Don’t expect to survive for long as a Boomer due to his lack of health. However, boomer’s will explode in a pile of bile if killed, so try to run at a large group of survivors when they aren’t looking and do a little Kamikaze.

Recommended weapons: Don’t bother wasting precious assualt rifle or heavy weapon ammo on this guy. A few shots from the magnum should do the trick just fine. 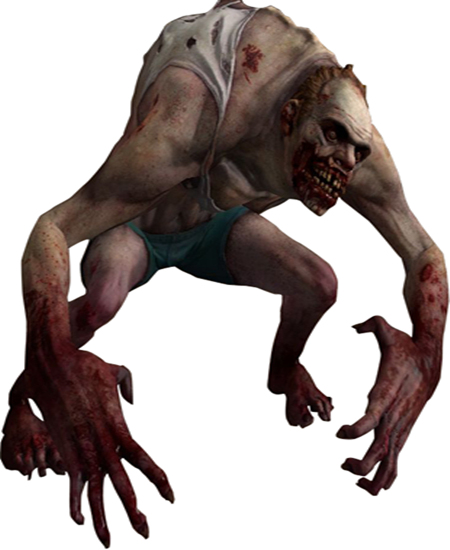 Description: The Jockey is quickly becoming a favourite with Versus players, and for good reason. The Jockey’s ability to jump on the back of any survivor and drag him in whichever direction he desires makes him a valuble part of an Infected team. He is quick, agile, and can take a surprising number of hits before going down.

Versus tactics: The best way to use a Jockey is when there are ledges. High ledges. On more than one occasion, there is an oppurtunity to jump on a survivor’s back and make him run off the edge of a parapet, to a frustratingly quick death.

Recommended weapons: The Jockey boasts slightly more health than some of the other Specials, but try and place your shots to avoid hitting the survivor underneath him. An assualt rifle with quick bursts is best. 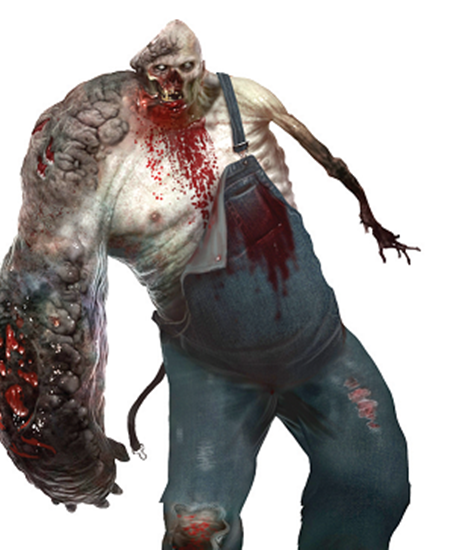 Description: With a big build and a massive right arm, the Charger can take a heck of a beating as well as deliver one. This Special is especially good at taking down cramped groups of survivors, so watch those corners! He also requires something with a bit of ‘umpf’ to take down. His major weakness however, is that if he charges and the survivors manage to dodge him, he will smack into any obstactle which will stagger him for several seconds, allowing you to get in those precious shots.

Versus tactics: The charger acts by, yep, you guessed it, charging at survivors. He then grabs one and pounds him into the floor. Pleasant, huh? The best time to use the charger is down long corridors where you can knock down an entire team and deal some punishing blows in one foul swoop.

Recommended weapons: The Charger has a fair amount of health, but he is also a big target. The best weapon is a shotgun or assualt rifle. 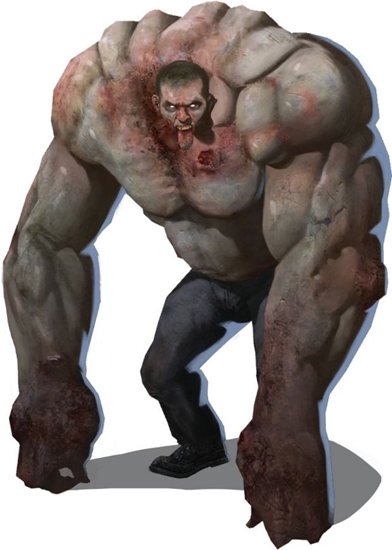 Description: The big daddy of them all is the Tank. He can scatter whole teams, incapacitate you in seconds and throw chunks of pavement at you. This guy is the biggest Special in the game, and requires some military style teamwork and a healthy arsenal of big guns to take down.

Versus tactics: If you are lucky enough to be chosen to play the tank, then there are a few pointers that you should take heed of. One, is that you will cease to play the Tank if you don’t go on the offensive. No camping! The second is that you shouldn’t try to run after healthy survivors. They move at the same pace as you, so you will never catch up. Instead, target any survivor with a low health and a limp, and focus on him until he is dead or incapacitated. Then repeat the process while the other Specials take out the rest of the team.

Recommended weapons: Anything and everything. The biggest gun you have. 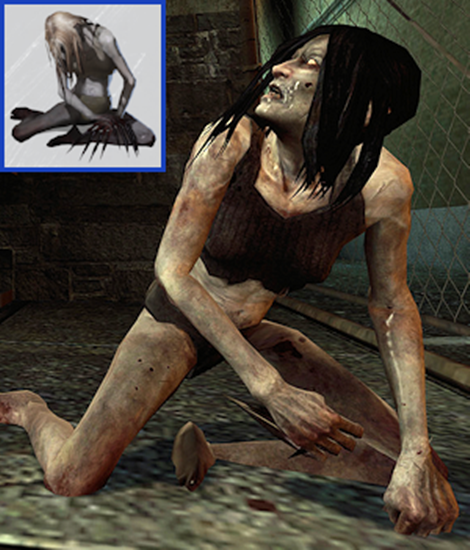 Description: If the Tank is the big daddy of special zombies, then the Witch is the big momma. She is small, surprisingly so, but can incapacitate you with one swipe on the higher difficulty levels. Her size makes her a very difficult target and she is the fastest Special zombie in the game. She can, however, be avoided if you don’t make too much of a rucus as you go near her. Turn off your flashlights, and don’t shoot! She cannot be played as in Versus.

Well that’s all folks! I hope you leave now with some new knowledge on the Special Infected in Left4Dead 2!