A New Playlist Revealed For Call of Duty Ghosts, And It’s ‘Heavy Duty’ 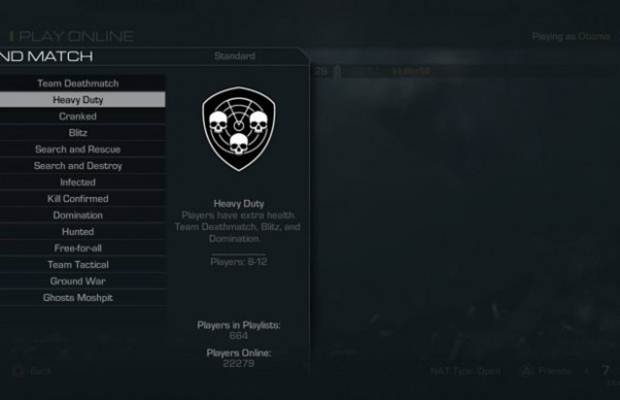 Earlier today, developers Infinity Ward announced that an all new playlist for their infamous Call Of Duty: Ghosts. This new playlist is of the ‘heavy duty’ variety which, while super vague kind of give us a hint at what to exeocet: A lot loud and a lot more attitude.

One of the most complained about features of Call Of Duty: Ghosts is the ease with which characters are killed, both in multiplayer mode and in single player. Essentially the issue was that the game’s guns had too big of a focus paid on coolness and not enough attention paid on reality. This most recent update hopes to fix that, as well as provide a number of musical enhancements.

Early reports indicate that the all new playlist for the game will include, Team Deathmatch, Blitz and Domination Matches, and the Call Of Duty Heavy Duty.