A New Splinter Cell Game Is Great For Fans, But A Cause For Concern As Well

Sources have suggested that a new Splinter Cell game has been greenlit, and the news seems equal parts exciting and concerning.

Back in 2002, a new IP took center stage. Splinter Cell was the latest entry in the stealth-action genre, largely inspired by the success of Hideo Kojima’s work on the Metal Gear Solid franchise. The game hit the scene in 2002 and was well-received by fans and critics alike on account of its deep tactical stealth gameplay, impressive visuals for the time, excellent voice acting and great use of lighting mechanics. Splinter Cell would turn out to be a hit among fans and would go on to receive five mainline entries in the franchise before finally going dark following the release of Splinter Cell: Blacklist in 2013. Fans have been clamoring for a revival ever since, and it seems that a ray of hope has finally emerged.

A recent report from VGC suggests that a new Splinter Cell game has been greenlit. Details about the development team, lead designers or anything else about the game itself remains scant for now, but VGC sources have revealed that it might be announced next year in an official capacity. A follow-up rumor from reputable industry insider Jeff Grubb also revealed that the team has reportedly been testing the game before E3 2021. While it’s still another rumour albeit with much more credible sources backing up this time around, the prospect of a new Splinter Cell is as sceptical as it is exciting. 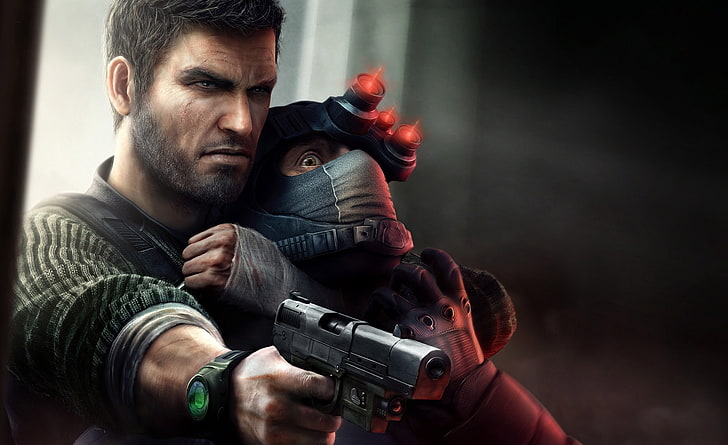 A Splinter Cell revival is most wanted by fans – that’s for sure. Once Splinter Cell hit the scene, it and Metal Gear Solid’s offerings carried the stealth action-adventure genre forward with innovative mechanics and equally impressive level designs. However, as it stands now – the gaming landscape is dominated by open-world games with RPG-Esque progression and loot mechanics. There are some modern stealth games and they are still going strong today, but the core tactical stealth genre has largely been forgotten. Smaller development groups such as Klei Entertainment and Lince Works have provided their takes on the genre with Mark of the Ninja and the Aragami games respectively.

A Splinter Cell revival is equally needed for the developer as well since Splinter Cell is one of its most lucrative IPs yet. Protagonist Sam Fisher can be loosely termed as one of the developer’s mascots, with his iconic tri-goggles alongside the loved and instantly recognizable voice of Michael Ironside. A Splinter Cell game is sure to sell well on account of its long-standing legacy which ultimately lends credence to its market credibility. The developer has also added a systemic approach to its game design, which would work pretty well in the context of a Splinter Cell game.

Furthermore, a revival is also needed to diversify the developer’s portfolio of games. Following the unprecedented success of 2012’s Far Cry 3, the developer has tried to implement the same open-world formula with collectibles and checklists for most of its IPs. Games such as Watch Dogs and others, all follow the same old philosophy when it comes to open-world design. A new Splinter Cell game doesn’t actually fit into this model, and as such – could turn out to be a different game in its own right.

What the developer could do with the Splinter Cell franchise and what it most probably would do  is where concerns start to show up. The developer hasn’t touched the Splinter Cell brand for a long time now, and as per the developer’s statements in a past interview – the brand needed to be evolved before it can come back. Given the developer’s current stature, this statement breathes more concerns than excitement. The developer has repeatedly made efforts into turning many of its linear single-player games into live-service titles. Assassin’s Creed, once a brand that used to focus on social stealth elements has now been evolved into an action RPG, and with the next entry reportedly becoming a fully live-service title with evolving worlds and settings. Far Cry 6 might just be the franchise’s last traditional single player outings, as reputable industry insiders have claimed that the developer might veer more towards an online-oriented approach with the next entry in the franchise.

The developer’s current market strategy is focusing more on such live-service titles, and trying to fit its most lucrative franchises into a live-service model. Over the last couple of years, The developer has released Hyper Scape – a free to play battle royale inspired by the likes of Fortnite, xDefiant – a free-to-play first person shooter. Ghost Recon Frontline has just been announced to mostly negative reception, and The Division: Heartland is also on track to release sometime next year.

There’s a general concern amongst the fan community that the developer might try to change Splinter Cell to forcefully fit within the model of live service games. While one cannot judge a game without even knowing for sure what it is, there’s a high likelihood that any risk will potentially be disastrous for a dormant franchise such as Splinter Cell. But there is a case of Rainbow Six – another Tom Clancy property that had single-player elements has now been successfully transformed into a multiplayer-centric live-service title that has been going strong for some time now. For all its worth, a new and evolved Splinter Cell could definitely turn out great, but most fans would agree that any risk is the last thing the franchise needs. 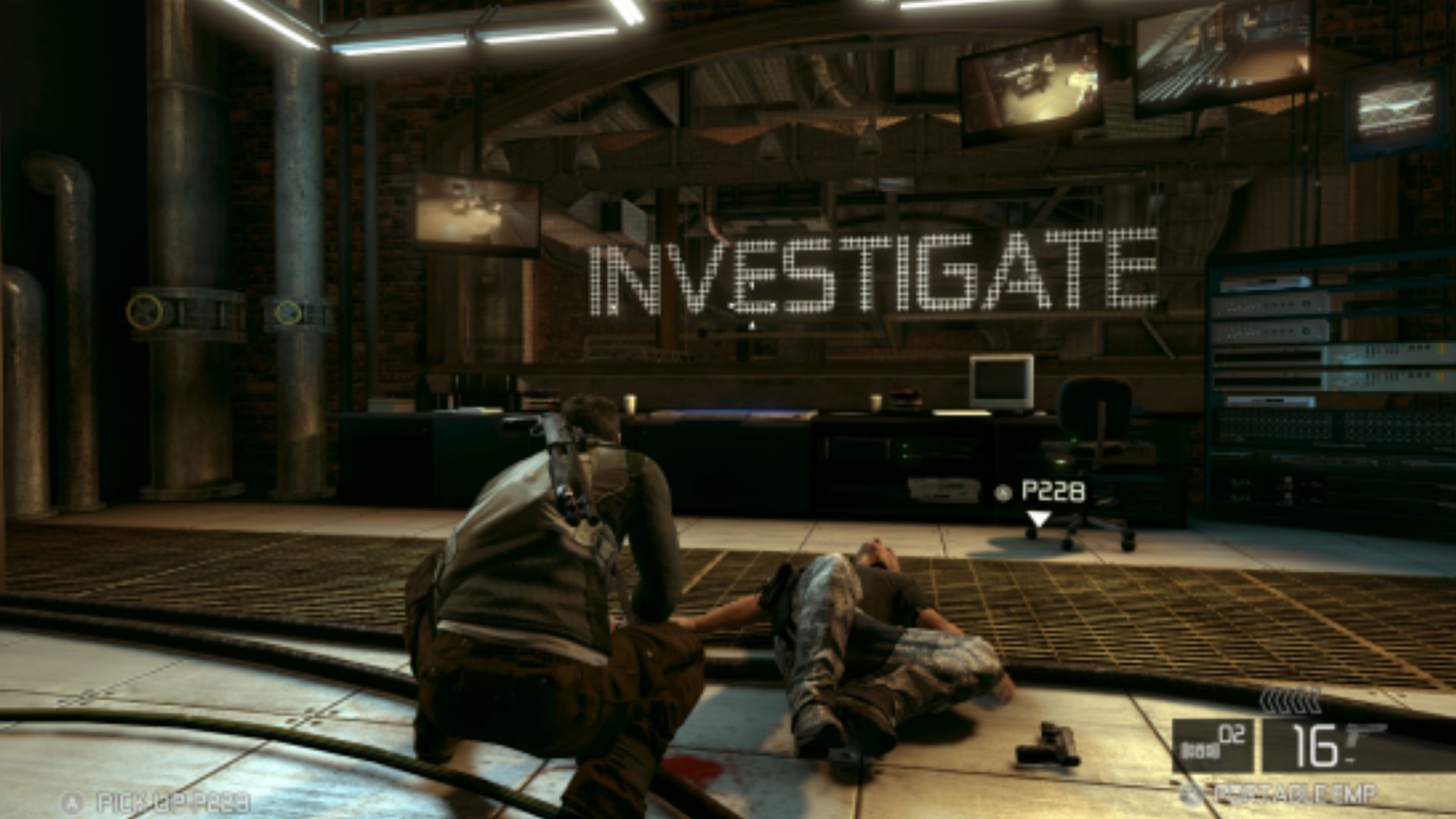 That being said, the developer’s insistence on pursuing its design of live-service open-world games is arguably driven by greed, and not the fact that those games would actually benefit from the format. Splinter Cell has always been about lurking in dark corners, and it seems that it would be best if the developer leaves it as such. Changing up the franchise identity could prove to be disastrous for an already dormant franchise – more so with the last two entries, Conviction and Blacklist being somewhat divisive among fans.

Again, it needs to be reiterated that most of these concerns presented here are largely on the basis of the developer’s recent work. We don’t even have any official confirmation if a new Splinter Cell is actually in development, and we most definitely don’t know what the developer is planning for the series. We most certainly want a Splinter Cell game, and we most definitely want it to be great, of course. Sam Fisher has appeared in Ghost Recon, and is a playable character in Rainbow Six Siege and Tom Clancy’s Elite Squad. A revival is long due, and it could be that the developer might be testing the waters before going all-out with a new game in the franchise. Here’s hoping that this round of rumours bears fruit and there is a new game that is actually worth it and follows the traditional single player route.