A Rat’s Quest: The Way Back Home Interview – Mat the Rat

What’s the world look like from the eyes of a rat? That may not be a question you ask yourself often, but A Rat’s Quest: The Way Back Home is a game that does- and it’s doing so in pretty interesting ways. Combining some perspective shifting gameplay and platforming with its unique story of a rat and a mouse, it’s a game that’s looking quite interesting. Recently, we sent across some of our questions about the game to its development team at The Dreamerians. Our questions below were answered by game director Rob Giles. 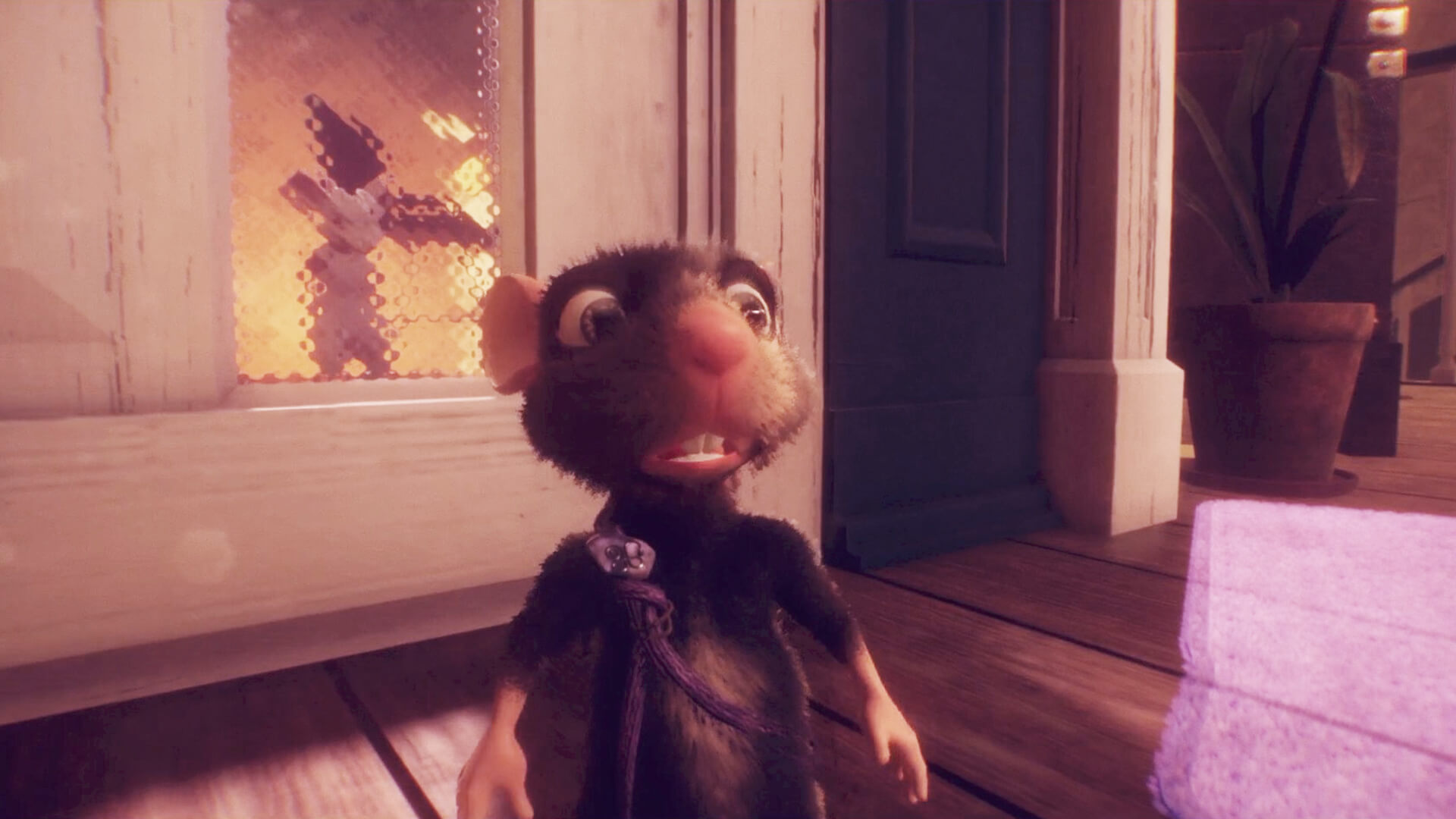 "The idea came about finding a strong emotional anchor that could fuel the player throughout the entire game, and nothing’s quite as strong as love, right?"

How did the idea of this story centred around the relationship between a rat and a mouse come about?

The idea came about finding a strong emotional anchor that could fuel the player throughout the entire game, and nothing’s quite as strong as love, right? We opted to construct a story that was very personal and local, rather than something bombastic or larger-than-life. So the relationship between Mat (our playable rat character) and Nat (a pet mouse) became that anchor. By the time we started tackling story though, the core mechanics had been laid out already; our approach was quite “gameplay first”. Hence upon realizing that Mat’s mechanics facilitated engaging traversal and exploration, the story’s goal became evident to us: embark Mat and the player on a journey back home.

Mat, being a rat is a key factor to present an antithesis to the power fantasy; Mat’s at the deep end of the food chain, and in a world that doesn’t welcome him. That presents a plethora of opportunities in gameplay terms, whilst making evident his resolve to return to Nat. Despite Mat being our only playable character through whom the game unfolds, Nat has her own side of the story; she’s anything but a damsel in distress, and their reunion augurs a rediscovery of each other, as both have grown and changed during their time apart.

The main plot was laid out by my brother Pablo Giles and cousin Andrés Ritter, both cinematographers. It was later worked on and further developed by Jessie Cano (Studio Manager) and myself, with the intention of empowering the player’s agency through gameplay. We want this story of Mat and Nat to be one that, to be fully experienced, must be played, not just told.

What’s the philosophy behind providing players with no pointers like mini-maps or compasses?

The reason for this is to allow (and require) the player to pay attention to the world itself and the characters within it. One of the main design pillars was to do away with UI of any kind, and rather to enrich the world with clues and signals. Finding these is part of the challenge in itself… and its reward is intimacy with the world the game takes place in. We don’t want to “burst the bubble” by overlaying waypoints and menus- we want you to feel fully immersed in within the game, so you come to see and read the world through Mat’s eyes.

I imagine a setting such as this one presents a great opportunity to play with the perspective of the size of even the simplest of things- the stuff we take for granted in every day life might look like an insurmountable obstacle to a rat. How does the game translate that to gameplay?

That’s absolutely on point! The setting was chosen to harbor that shift in scale and perspective. It was not a happy accident but rather a gameplay design choice. The idea behind this is to allow the player to “team up with Mat”; you as a human know things Mat wouldn’t- like the fact that a rivet can be found in a toolbox. But Mat can use that rivet, like a blunt sword in a way you never could or would. Viewing world building, level design and gameplay as a whole through this lens means that an old wardrobe naturally becomes a dark towering dungeon, and something as trivial as a coat button becomes a shield. 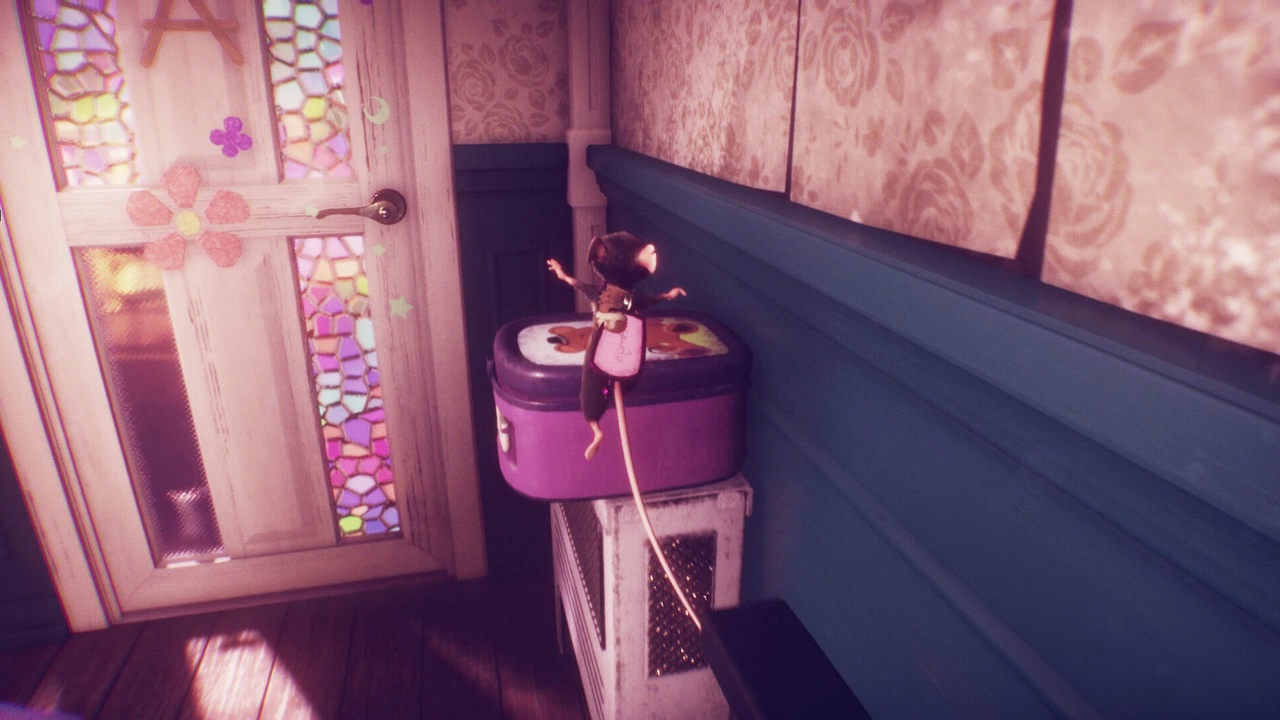 "Platforming is our main tool with which to create a sense direction and discovery within the game. "

Can you speak about The Claw, and what it’s going to bring in terms of gameplay mechanics?

I absolutely love The Claw as a character. I cannot say too much yet about The Claw’s motivations… but this character is a great way to exemplify how we see combat. Imagine an angry lion, which evolution has taught to fancy you for a snack, and… is the size of a huge elephant. Yes, you’re not meant to “beat it”, you’re meat to (if you can) survive it! A Rat’s Quest, not being a power fantasy, pitches you against foes which are well above Mat in the food chain, and it does so to underline that the main goal is not victory-by-fighting… your main goal is Nat, it’s to return home. Combat will be present in both melee and ranged form. However, characters like The Claw contextualizes combat in such a way that they become part of Mat’s survival mechanics.

How does the switching in perspectives function in the game- can we expect, say, the top down sections to be completely different, mechanically speaking, from the third person ones?

That’s a great question, and one we debated over for quite some time. We use 2D sections (lateral and top-down) as spaces to connect larger areas and, as such, they provide awesome opportunities to create self contained puzzles and challenges which spice up the game’s feel and pacing, shifting player’s mindset. Mechanically, our rule of thumb is… Mat is still Mat, he’ll be able to do any and all mechanics he is capable of, as long as the space permits him. So he’ll be able to jump in lateral spaces, but not in top-down spaces for instance, he can fight in both, but with different limitations… It’s been super interesting to limit Mat’s abilities organically in that way- plus, it makes him feel much more sneaky and rat-like.

How much of the game is going to be sidescrolling sections?

It’s hard to quantify numerically, but what is clear is that, although the main perspective is third-person over-the-shoulder, 2D sections are paramount. And not just traversing through them, but finding them even. Looking at the world through Mat’s eyes, the player will be able to intuit where holes and nooks may be, waiting to be discovered to interconnect the world.

How much of an emphasis does A Rat’s Quest put on platforming?

“Ample” would be an understatement. Platforming is our main tool with which to create a sense direction and discovery within the game. Platforming holds one of Mat’s main dualities: his skillset as a biped and as a quadruped; he can run and jump on two legs, but he can crawl super fast on all fours, and climb up a gas pipe or a wicker chair. The richness of platforming resides on oscillating between these two modes. Furthermore, a skilled player will harness platforming to become better at stealth and combat, finding escape routs, and vantage points for overcoming enemies. 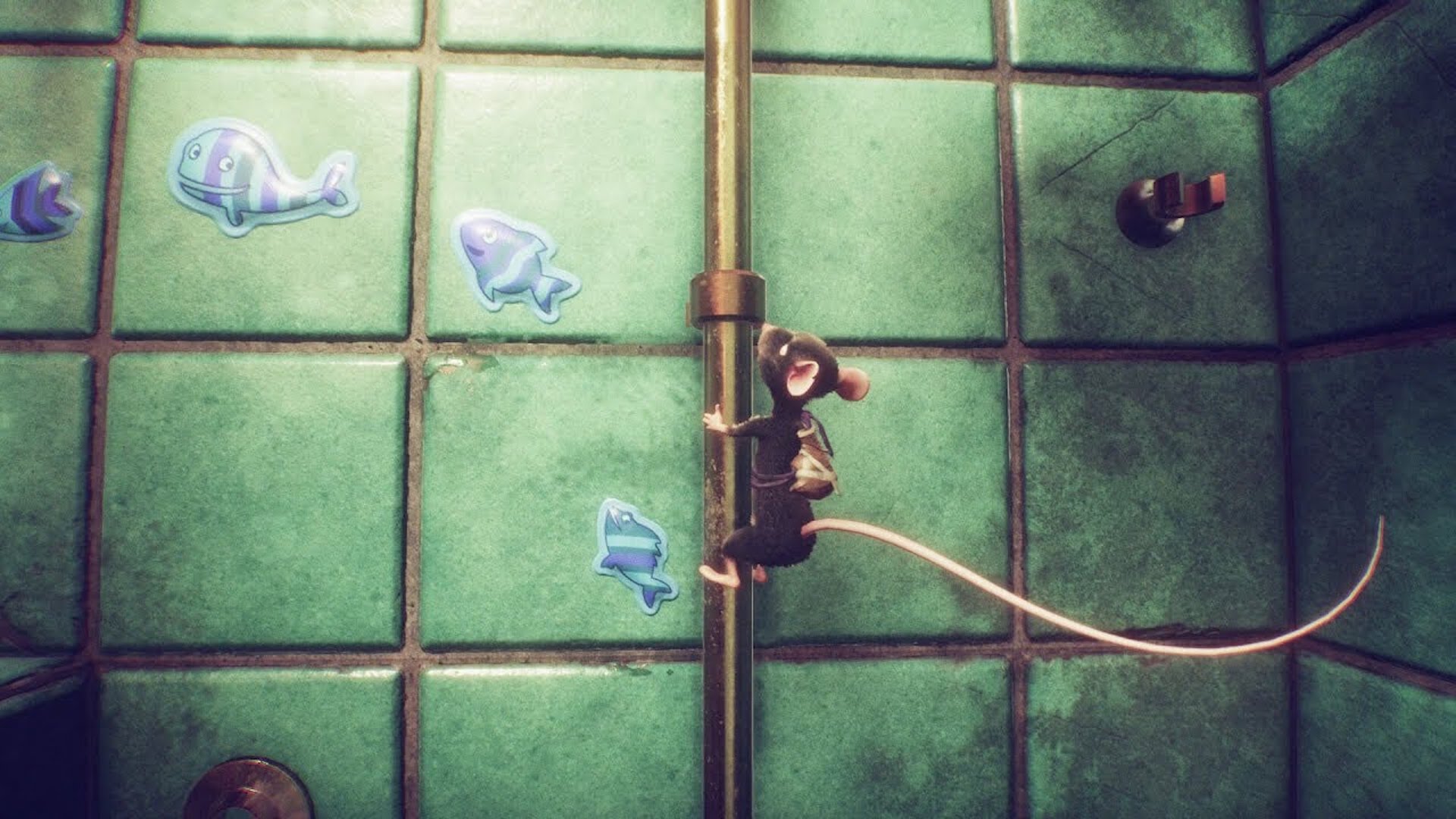 "It’s early to lock that number down, but we’re aiming for a 8 hour playthorugh approximately. However, the range of exploration we plan to offer may take playthorughs above that number."

About how long will an average playthrough of A Rat’s Quest be?

It’s early to lock that number down, but we’re aiming for a 8 hour playthorugh approximately. However, the range of exploration we plan to offer may take playthorughs above that number. At the end of the day, we wanna meet player half way in terms of pacing and rhythm; while the game’s story does exert a certain urgency upon Mat, who are we to stop players from contemplating the world at their own pace? We want Mat and the world to provide players all the means to express themselves through the mechanics, and to define their own playstyle. Will that impact total play through time? Absolutely. But I think that this sense of expression through gameplay comes first.

Will the game will feature Xbox One X and PS4 Pro-specific enhancements? Is 4K/60fps on the cards?

We will certainly try to achieve the best possibly experience for every player, regardless of the system they’ll be playing on, but it’s simply too early to confirm specific stats.

The game is still quite early in development, so any performance stats are constantly improving, and it’s simply too early to comment on hard technical specs. We are making performance an absolute priority. We want players across all platforms to enjoy the game fully and smoothly, and we’re working hard to achieve this.

We have no concrete specs yet, but I can say that we’re working towards enabling Nintendo Switch players to feel “right at home” whilst playing A Rat’s Quest.

The PS5’s SSD is a great news to us all as developers and gamers for sure. I’ll have to refrain from commenting on specs pertaining A Rat’s Quest for now though. 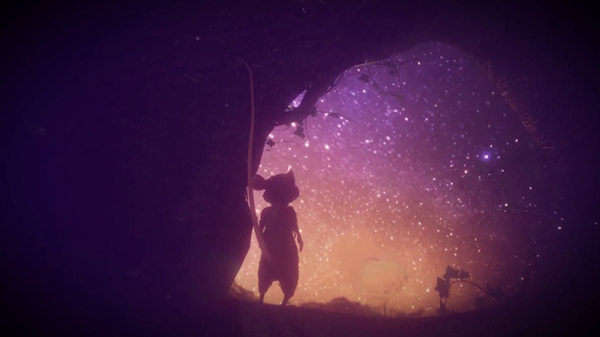 "Back-compatibility is always a great feature for sure; it helps games stay alive, so we’re immensely happy for it."

I believe all games will benefit from this technology and allow for riskier and bolder concepts to come to life. How that will affect us directly, or A Rat’s Quest in particular, is a subject that I cannot say much about right now.

Just as with above, I’m sure GDDR6 will be awesome to work with in the coming future, but right now, we’re completely and entirely focused on A Rat’s Quest.

Back-compatibility is always a great feature for sure; it helps games stay alive, so we’re immensely happy for it.