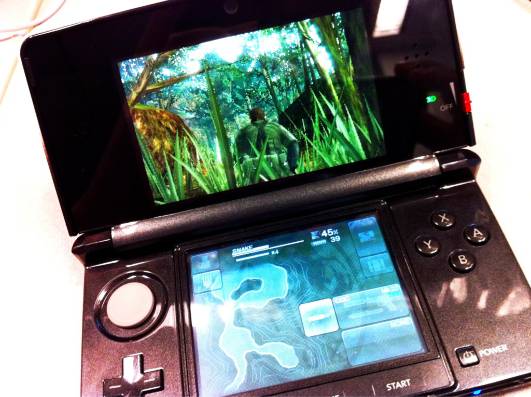 Hideo Kojima has been tweeting quite a lot of newsworthy stuff recently and this morsel of information on the portable port of Metal Gear Solid 3 does not break from the trend: Kojima confirmed he had just finished playing a demo of the game, adding “I at last crossed the suspension bridge using the gyro controls” and posting the picture above. In a later tweet Kojima also added that the handheld’s touchscreen will be used instead of a traditional HUD. You can also walk while ducking, he wrote. The demo will be going on display E3, even though Kojima will not be.