Next month, it will once again be time for the Total War series to transport us to a sort of, kind of historical setting for huge battles with A Total War Saga: Troy. The game promises the same kind of RTS action you’ve become accustomed to, and this entry will actually be coming to the Epic Games Store, where it’ll be free for the first 24 hours. And now we know what kind of PC you’ll need to run it.

As is often the case with the franchise, you won’t needed a huge rig to play the game. Minimum requirements see Intel Core 2 Duo or Intel i7 8550U with 4GB of RAM (oddly, Sega did not list the AMD equivalent for minimum requirements) and Nvidia GTX 460, AMD Radeon HD 5770 and Intel UHD Graphics 620. Recommended sees Intel i5-6600 or AMD Ryzen 5 2600X with 8GB of RAM and Nvidia GTX 970 or AMD Radeon R9 270X. Both require 26GB of storage. You can see the game’s store listing through here.

A Total War Saga: Troy will release on August 13th for PC. You can check out the latest campaign details about the game through here. 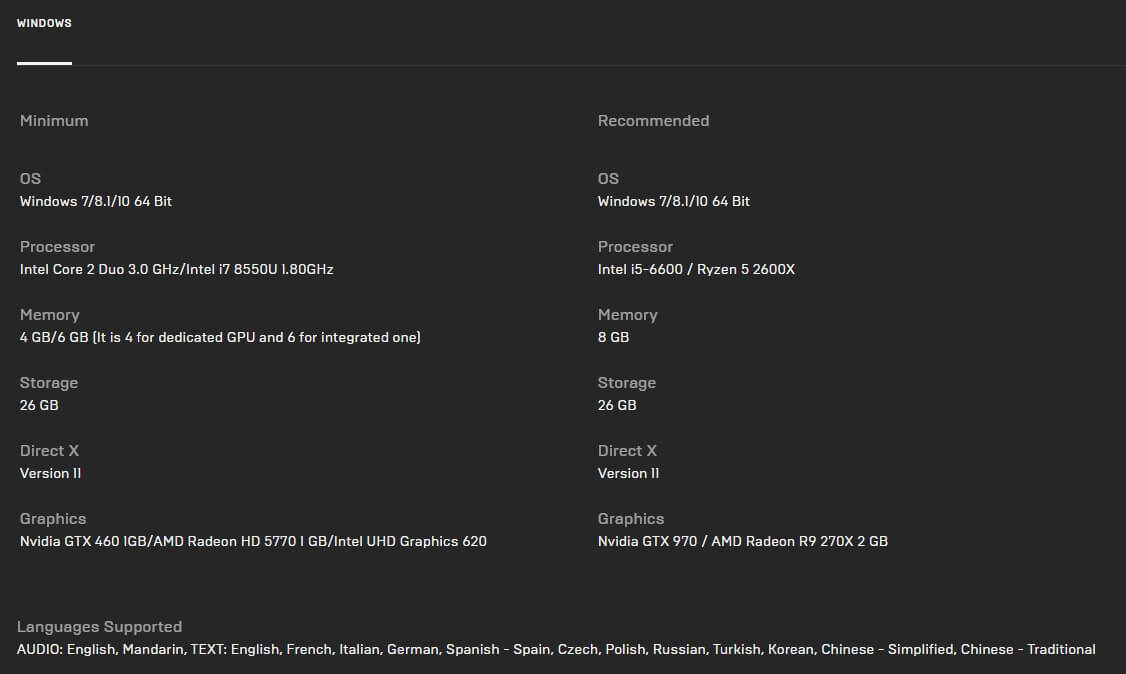