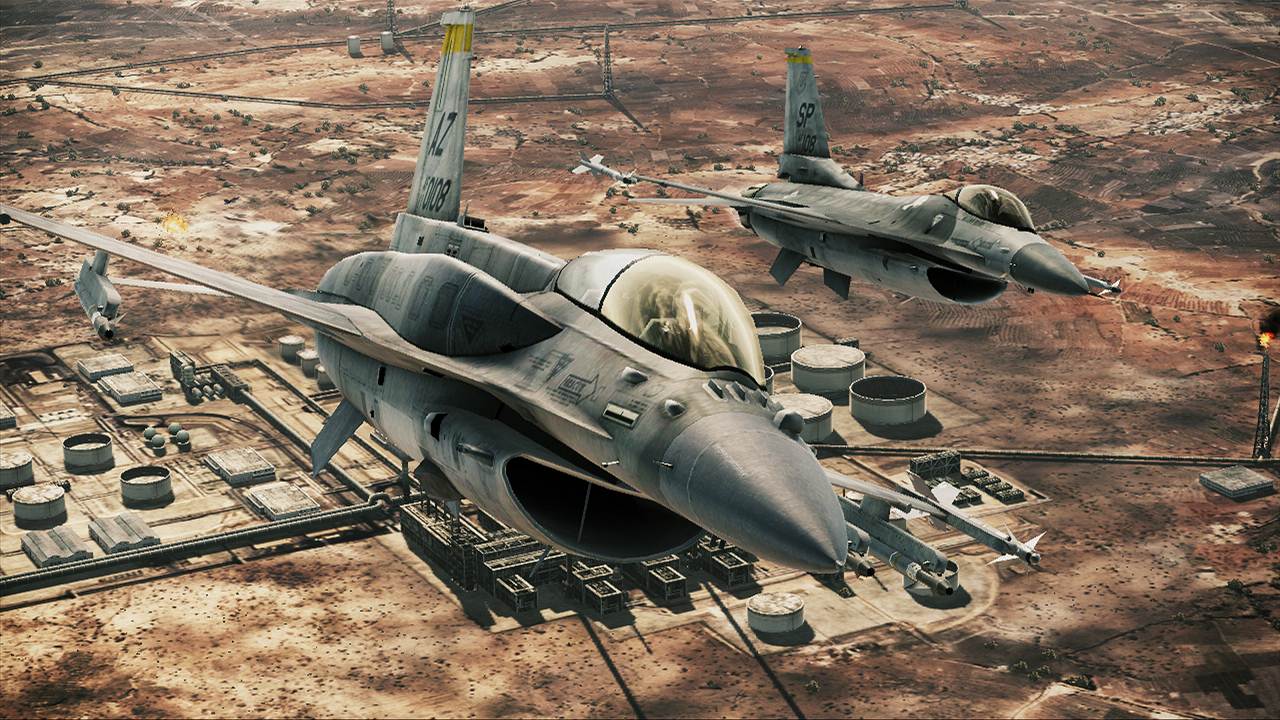 Namco Bandai have announced that the first DLC for Ace Combat Assault Horizon will hit the PSN and XBL on October 25th.

Aircraft
ASF-X Shinden II
Category: Multirole
Description:
This fictional state-of-the-art support fighter has a variable airframe that provides stable flight performance at any speed level making it ideal for a variety of missions such as attacking hostile fleets in territorial waters, engaging enemies attempting to land, and providing support during mountain defense operations. Boasting a variable, forward swept wing configuration, its outstanding maneuverability provides excellent close range combat abilities. It has a unique two-tiered engine allowing it to be a VTOL aircraft as well. It is known widely as “Shinden II” (Magnificent Lightning II).

A large, variable wing, carrier-based fighter that symbolizes aircraft carrier transported planes. It combines stability with maneuverability regardless of velocity thanks to its digitally controlled variable sweep wings and surpassing speed performance. The “Super Tomcat” also boasts of long-range counterattack capability that can defeat a large number of incoming enemy fighters.

This aircraft is known for striking fear with its appearance during low speed battles.

Whether it’s air-to-air or air-to-ground, this carrier-based fighter is capable of handling a wide variety of missions. An easy-to-handle aircraft that boasts stable maneuverability at any speed. Equipped with long-range attack weapons, it’s well-suited for preemptive attacks. Nicknamed the “Super Hornet”.

Take control of this aircraft with the crimson symbol of the “Red Devils” emblazoned on its tail.