Everything you need to know about Ace Combat Infinity. 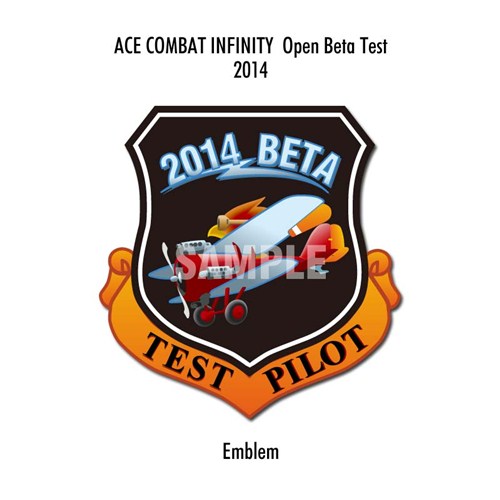 Ace Combat Infinity is an upcoming free to play action arcade flight simulator that is to be inserted into the Ace Combat franchise. Currently in development by Project Aces (An internally formed team belonging to Namco Bandai, Project Aces are the long standing developers of the Ace Combat series.

Most games developed by Project Aces are credited to Namco) and set to be published by parent company Bandai Namco Games (formerly Namco Bandai Games [Super Smash Bros. for Nintendo 3DS and Wii U and Dark Souls II]) exclusively for the PlayStation 3, it’s the eighteenth Ace Combat game.

Given the free to play nature of the game, it will only be available via digital download. There’s currently no release date for the final release of the game. There has been no publicly announced details regarding a current generation port of the game to PlayStation 4.

Ace Combat Infinity was first officially and fully unveiled for the public on July 11th when the games official website went live after a long running advertising campaign finally came to a close. The campaign which served as a large teaser for the game was primarily ran by then Namco Bandai, now Bandai Namco Games and Director of Ace Combat: Assault Horizon Kazutoki Kono via a series of twitter posts from Kono’s personal account and the Project Aces tweet feed.

After finishing with the teaser campaign a more direct approach was taken on with the release of a short trailer later on July 19th (46 seconds) which was followed another trailer on August 2nd. This all coincided with the simultaneous announcement of the game through the official Namco Bandai Games website (European), this was also the first time the game was announced to have adopted the free to play model (much to the displeasure of many fans of the series) which marked the first time an Ace Combat game would be available as a free to play title.

The reasoning this is apparently based in the want of bringing the Ace Combat series to as many players as possible, the SVP (senior vice president) of Bandai Namco Games, Oliver Comte elaborated on the matter by saying “The Ace Combat franchise has evolved dramatically over the years, but never before have we been able to offer its amazing graphics and tactical action for free. The team at Project Aces listens very carefully to its players, and is bringing the best the series has to offer to Ace Combat Infinity, with plenty of new surprises too.”

Ace Combat Infinity will be making use of established canon material despite the free to play model, including the Stonehenge Railgun Network Superstructure and the multi airborne fortress fleet, Estovakian Aerial. The game entered into its open beta stage on February 4th, this was however short lived with the beta period ending on February 11th. While it was available the beta offered two full missions from the single player campaign of the game as well as a competitive mode, but this is still considered a work in progress. 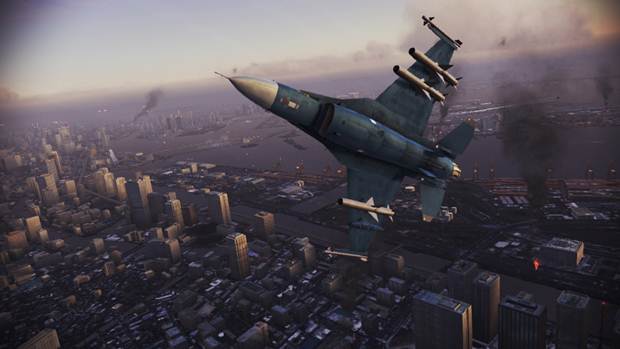 Ace Combat Infinity is being targeted towards the core  Ace Combat audience that are more acquainted with the “classic gameplay” found in the earlier entries in the series, specifically Ace Combat 4: Shattered Skies. To keep the classic gameplay intact and unsullied, the CRA system (CRA: Close Range Assault, a gameplay mechanic that was designed to put an emphasis on the games focus on close quarters aerial combat which made use of a highly dynamic camera to best show off the new destruction engine) that was found in Ace Combat: Assault Horizon will not be included in Ace Combat Infinity.

A few alterations to the HUD are already confirmed. The inclusion of enemy health bars is nothing new, they have however been moved from the top left corner of the HUD to the targets hit-box making target acquisition and health monitoring a more streamlined affair, other HUD changes are purely aesthetic and won’t impact gameplay. A new feature called Tactical Datalink enables statistical boosts to friendly aircraft if you fly within a certain proximity, this means that formation flying and formation attacks will yield better results. A series first is the inclusion of real time accurate debris fields, meaning if you’re aircraft passes through the debris of a recently destroyed enemy fighter, you may be sprayed with debris, shrapnel and oils that will interact with your screens.