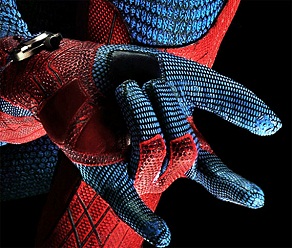 Activision have detailed the pre-order exclusives for The Amazing Spider-Man in North America.

The pre-order exclusives for The Amazing Spider-Man video game are available today and include the Rhino Challenge from GameStop and a special mission featuring a fully playable Stan Lee from Amazon.com.

Pre-order Now from Amazon.com — Play as Stan Lee for the First Time Ever

Also Stan Lee himself will be playable in The Amazing Spider-Man. Players will take on the role of Stan “The Man” Lee in his own special mission acrossManhattan, borrowing abilities from his old pal Spider-Man as they help Stan collect pages of his latest script in a spectacular race around Manhattan.

Go beyond the feature film and find out what happens next in The Amazing Spider-Man video game, which brings Spider-Man’s free-roaming, web-slinging action back to New York City. Players take on the role of a young Peter Parker discovering his new Spider-Man powers and added Super Hero responsibilities, using the game’s innovative Web Rush mechanic to swing freely around Manhattan, combat a variety of criminal activities and take on classic Marvel Super Villains.