Age of Empires III is still daring and imperfect, but this is the best its ever been.

Rather than view Age of Empires III’s shortcomings as a problem, however, developers Forgotten Empires and Tantalus Media seem to have viewed it as a challenge. Age of Empires III: Definitive Edition is less a remaster and more an overhaul that makes a deeply flawed game significantly better without fundamentally changing the parts of it that worked. 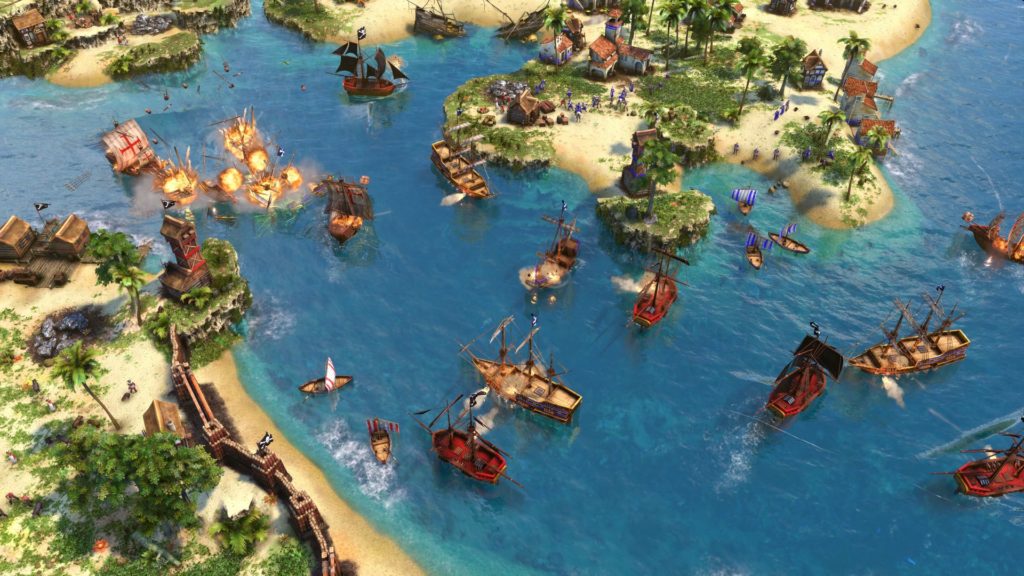 "The Definitive Edition looks gorgeous. The game supports 4K resolutions and features rebuilt 3D assets. Almost everything has been retouched, from textures to lighting and particle effects, animations, and physics."

Let’s get the obvious stuff out of the way first: the Definitive Edition looks gorgeous. The game supports 4K resolutions and features rebuilt 3D assets. Almost everything has been retouched, from textures to lighting and particle effects, animations, and physics. Age of Empires III is fifteen years old, and you can occasionally see it when you look at the game’s character models, but this is a very pretty game. The game’s sound design and soundtrack have also been enhanced, with new music for each civilization. Age of Empires has always had an excellent soundtrack, and these new tracks and enhancements make everything sound better. All of this stuff is expected from a modern remaster, but that doesn’t change the impressive work that the studios have done to make Age of Empires III look and sound the best it ever has.

As impressive as the visual and audio improvements are, they pale in comparison to the work that’s been done on the gameplay. The most obvious improvement has been made to the game’s UI, which now supports 3 different options to choose from, including the setup that appeared in the original game. While I think the best UI setup here is the one the game defaults to because it looks like a UI that you’d see in a modern RTS, it’s nice that the developers have given folks the ability to choose what they want. The addition of progress bars over buildings, more zoom levels, new naval formations, and the ability to check your tech tree in game, which was, bafflingly, not in the original release, are just icing on the cake.

Okay, so it looks good and it sounds good. In terms of gameplay, Age of Empires III plays a lot like it used to. You select from one of the 16 civilizations on offer and turn your small base into a thriving settlement. Workers chop down trees, mine metal, and collect food, which can be used to build buildings, train armies, and advance to the next age, which unlocks new technology and bonuses. As you play, your settlement will gain experience, which can be used to request shipments from your home city. These shipments can vary from food and supplies to soldiers or permanent buffs and they’re essential to keeping your army in fighting shape, upgrades researching, and your settlement growing. Success means exploring the map, securing valuable resources, finding hidden treasures protected by dangerous NPC, and establishing trade routes while fighting off your enemies or establishing strategic alliances. In true Age of Empires fashion, you don’t have to win via military conquest. You can achieve victory by holding more than half of the trade routes on the map, killing the enemy Regent in Regicide mode, or holding the hill in King of the Hill. Age of Empires III unfortunately doesn’t feature the varied win conditions of its predecessors – you can’t just build a Wonder and hold it for a couple hundred years – but it does give you more options than more traditional RTS games.

“Okay,” you might be saying. “That sounds a lot like the same game that released in 2005. What are these new gameplay improvements you’re talking about?” Well, the first is that all of the Home City cards/shipments are unlocked off the bat this time around, so you don’t have to level up to build the deck you want. The Definitive Edition also features several pre-built decks for each faction, so you can just jump right into the game if you’re like me and don’t want to think about deck building in an RTS. The AI has also seen significant improvements: it will build more diverse armies, use hit-and-run tactics, and retreat from losing fights. There’s also a the new “Extreme” difficulty if you’re looking for a serious challenge.

Forgotten Empires and Tantalus Media have also added two new modes to the game: The Art of War and Historical Battles. The former is a series of challenge missions meant to test your skills and help players bridge the gap between the single-player and multiplayer modes. The game gives you the basics via an introduction video and missions objectives, and offers hints if you’re struggling while you play. You’re scored based on how well you do, so there’s incentive to stick with it, and it’s a good way to learn the game’s deeper mechanics. Historical Battles are essentially mini-campaigns that drop you into real events, much like earlier games in the series. If you missed the more history-focused campaigns from Age of Empires II, this is the mode for you.

The Definitive Edition also features all 8 of the campaigns from the original game and its expansions. There’s 54 missions here altogether, so you’ll have plenty to do. The developers haven’t been resting on their laurels here, either. A lot of the content here has been revamped and improved to meet modern standards, which makes the game more fun to play. By far the most work has been done to the Native American civilization. Their portrayal in the original game was historically inaccurate, both in terms of narrative and gameplay. The studios have taken these criticisms to heart, having a writer of Native American descent fix the errors and rewrite the entire second act of the campaign. In addition, they’ve also redone several of the faction’s mechanics, which simultaneously makes their representation of Native Americans more accurate and more compelling to play. 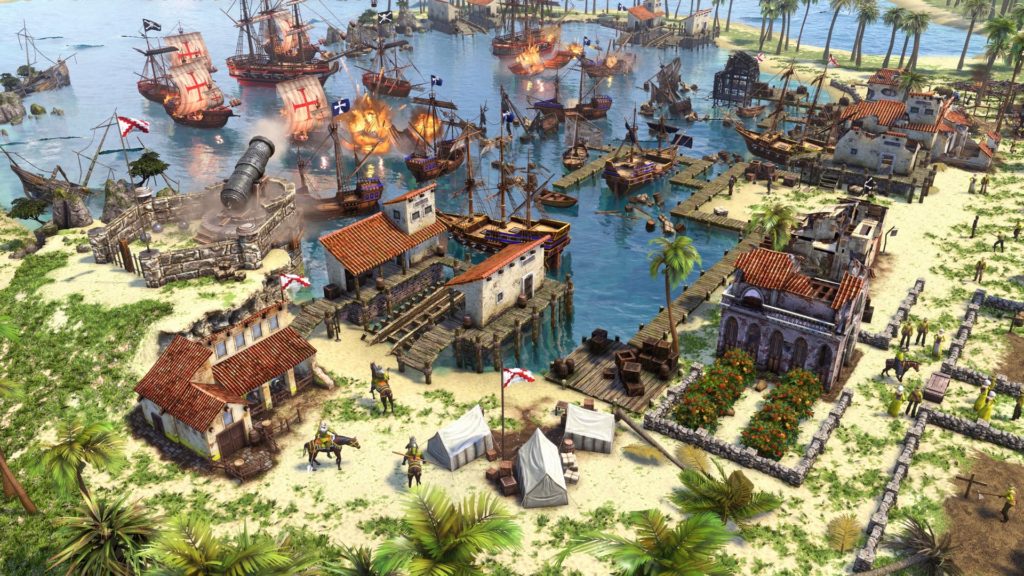 "The Definitive Edition also adds two new civilizations, the Incas and the Swedes, who bring completely new playstyles to the table."

The Definitive Edition also adds two new civilizations, the Incas and the Swedes, who bring completely new playstyles to the table. Age of Empires III’s various factions never felt quite a big as II’s did, but the flip side is that they all feel unique, each with their own variation of buildings and units that add up to completely different playstyles. The Chinese, for instance, recruit their armies in bulk and by forging alliances with European nations, while the Native Americans trade for furs instead of mining and can call on special buffs to enhance everything from their unit’s combat prowess to the speed at which they train. Each of the fourteen different factions feel different, and adding two more into the mix is icing on an already excellent remaster.

If the game’s extensive campaign and skirmishes against the new and improved AI aren’t enough for you, you can also check out the game’s multiplayer. The game has been rebalanced and features matchmaking, ladders and leaderboards, several new maps, a spectator mode, and rebalanced gameplay. There’s even mod support. I wasn’t able to test the multiplayer pre-release, but it is built on the same backend as the Definitive Editions of Age of Empires and Age of Empires II. 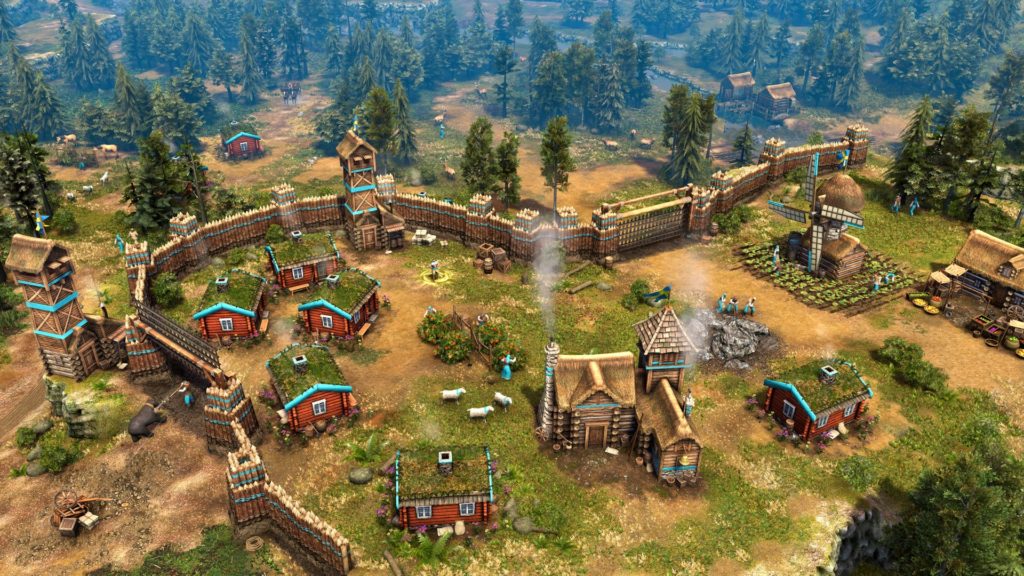 " If you don’t already like Age of Empires III, this edition is unlikely to entirely change your mind. I still don’t love I, but I do like it better than I did in 2005."

Age of Empires III was a daring game when it came out; it still is. Ensemble Studios had the bravery to experiment with their most successful franchise after their greatest successes, and that deserves praise. Age of Empires III does a lot of things right, but its willingness to experiment means it gets a lot wrong, too. How you feel about the game will largely depend on how much you like the concept of the Home City, and your tolerance for its particular brand of historical fiction. I still don’t particularly care for several of the campaigns, though the addition of Historical Battles goes a long way. I still don’t love the Home City, though it’s undoubtedly better than it used to be.

Age of Empires III remains a deeply flawed game, but Forgotten Realms and Tantalus Media have done an excellent job of remastering it. If you don’t already like Age of Empires III, this edition is unlikely to entirely change your mind. I still don’t love I, but I do like it better than I did in 2005. The additions of the Historical Battles, new civilizations, and revamped campaign fix a lot of the game’s issues. But several of Age of Empires III’s issue are baked into the game foundation. It would have been impossible to fix them without fundamentally changing how the game worked. Forgotten Realms didn’t do that. What they did was polish what was there to a mirror sheen, and add things that fill in the gaps of what we expect from an Age of Empires game. Age of Empires III isn’t Age of Empires II, and it never will be. But this version is very, very good. And for a game that many view as a disappointment, that’s more than good enough.

Beautifully remastered visuals and sound. Historical Battles are great. The Art of War is a good teaching tool. All Home City cards are unlocked at the start. A better portrayal of Native Americans. Two new factions. A ton of content.

Final Verdict:
GREAT
Age of Empires 3 is still flawed, but Forgotten Empires and Tantalus Media have delivered an excellent remaster that improves the game in almost every way.
A copy of this game was provided by Developer/Publisher/Distributor/PR Agency for review purposes. Click here to know more about our Reviews Policy.