Agony Interview: The Evolution of Inferno

Madmind’s CEO talks about this very special version of Hell.

Hell as a topic has always been endearing as has been the case with franchises like Doom. What differentiates Madmind Studio’s Agony, a first person horror title that sees you playing as a tormented soul without memories? Well, besides the fact that you can’t murder the demons with Glory Kills, Agony allows players the ability to control people and possess demons. Mystery is a big element, as is usually the case with these games, but Agony has that extra special something that sets it apart.

To find out what that “something” actually is, GamingBolt spoke to Madmind CEO to Tomasz Dutkiewicz about Agony and its development. 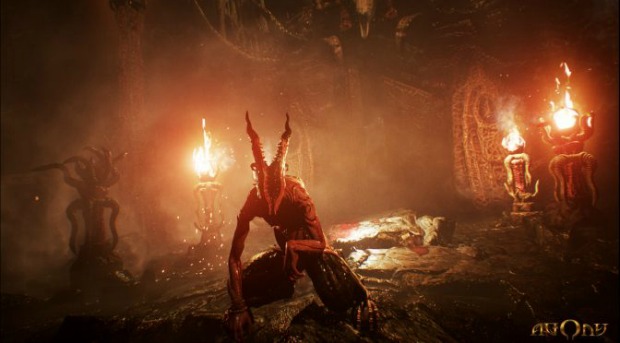 "Players will play as a historical figure, who does not remember anything but pain and an unclear image of a mysterious Goddess."

With the horror market, especially from first person perspective, being so crowded what inspired the idea of Agony?

Most of today’s horror games are choosing first person perspective for one reason. Players have a better immersion when they are following action, by seeing the same thing what their character sees. Titles like Outlast or Amnesia show that horror from first person perspective works perfectly. We would like to get a similar core gameplay in Agony. The idea for Agony was born much earlier, but making this game in first person was very natural choice.

How do you feel that Hell as a setting distinguishes the game from its contemporaries?

I feel that today’s horror games have lost their uniqueness, increasingly focusing on the action. We are still visiting psychiatric hospitals and haunted houses, shooting the zombies and running away before the cultists. Some productions have become clones of others, bringing nothing new to the genre. There are few exceptions, of course, but generally this genre stops its own evolution. It’s time to go back to the roots of horror and open our minds to something new.

Agony allows players to visit the darkest recesses of hell, full of terrifying demons and mad people, where every step, every sound entices untamed beasts. To survive in these extreme conditions, the player will be forced to develop his soul enough to gain abilities to control not only encountered martyrs, but also simple minded demons.

But why you were sent to this darkest place, and what sins placed you here? Why you don’t remember anything besides pain and unclear images of the Red Goddess? Above that all, Is your unique ability to possess other people minds will be enough to escape from this abyss? In search of answers, you must surpass the limitation of your mind, and meet mystical goddess.

What can you tell us about the plot at this stage? What are the central themes motivating the amnesiac protagonist?

Players will play as a historical figure, who does not remember anything but pain and an unclear image of a mysterious Goddess. He is trying to understand why God turns away from him, and puts him in that dark place for eternity. By exploring hell, He quickly realizes that Goddess which he sees in his visions and as an object of cult in the environment is very important figure in this place. And this makes her the best way to find answers, and it also gives hero hope to find a way out.

During the game, the hero is going to try gathering information about himself and his past by talking with martyrs and exploring hostile environments, but only the Goddess can help him fully recover memories and get out of this unpleasant land. 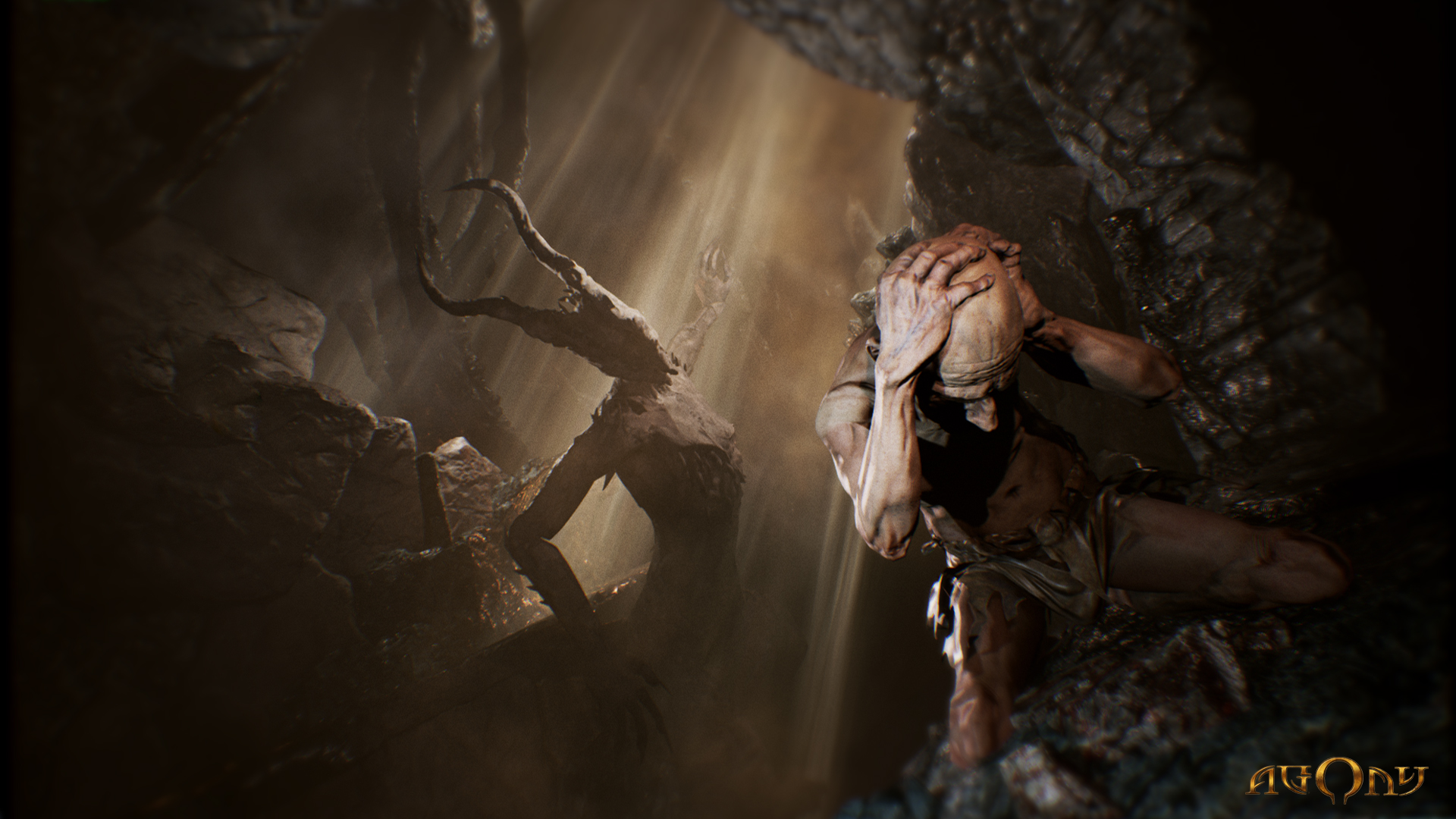 "Every person who plays our game has a different imagination of hell. People are well aware of the classic image of hell full of horned demons, lake of fire and tears of thousands of suffering people."

The art-style of Hell in Agony (seen in the Intro video) reminds us of the Inferno by Dante Alighieri. Did this play a role in the aesthetics and if so, what other imagery helped guide the game’s vision?

Divine Comedy was the first book that impressed me so much by describing very deep and complex world. When I read this book, I was hoping that someday I will have a chance to create similar world, full of evil beings and surreal environment. That vision grows in me for years. But creating a game place in hell requires lots of preparation.

Every person who plays our game has a different imagination of hell. People are well aware of the classic image of hell full of horned demons, lake of fire and tears of thousands of suffering people.

To induce anxiety, fear and shivers on your back, you cannot rely only on well-known images, but you must reach deep into your own mind and get rid of the limitations, drawing inspiration from there. This is the only way to reach deep-seated fear of death and suffering and Agony will draw inspiration mainly from this place. Players expect something unusual and original, they want to be surprised. If Agony was based only on well-known concepts, we wouldn’t be able to meet those huge demands.

Can you tell us more about the ability to control demons and other characters? What gameplay possibilities does this open up?

Gameplay varies slightly depending on the character class players will choose to control. Martyr for example remains the weakest host, being very vulnerable to attack, while controlling demons gives players opportunity for more aggressive behaviour and rewards them for such an approach.

Only proper use of both character classes will give players all that is necessary to survive in those extreme conditions. For example: By controlling human body, player can solve puzzles, and talk with others, but he cannot go to many areas, guarded by demons. So sometimes players will have to possess stronger creatures, and destroys everything that blocks them from going to specific areas. It’s often given the player a choice of how he wants to experience the game world: Run through the floating forest and kill everything on your path, or explore every area and find more about the world and creatures?

How do the survival horror elements come into play? Will players have to run away from more powerful demons?

In Agony, some of the demons have become very intelligent and cruel, perfecting the art of death by toying with lesser demons and humans. Those types of beings are too powerful to be control by hero. However, many of the demons have less complex minds, and this give protagonist an option to use their bodies.

For the greater part of the game, players are going to stay in the body of the martyr, and this will force them to be prudent with every step they make by trying to avoid the sight of opponents. 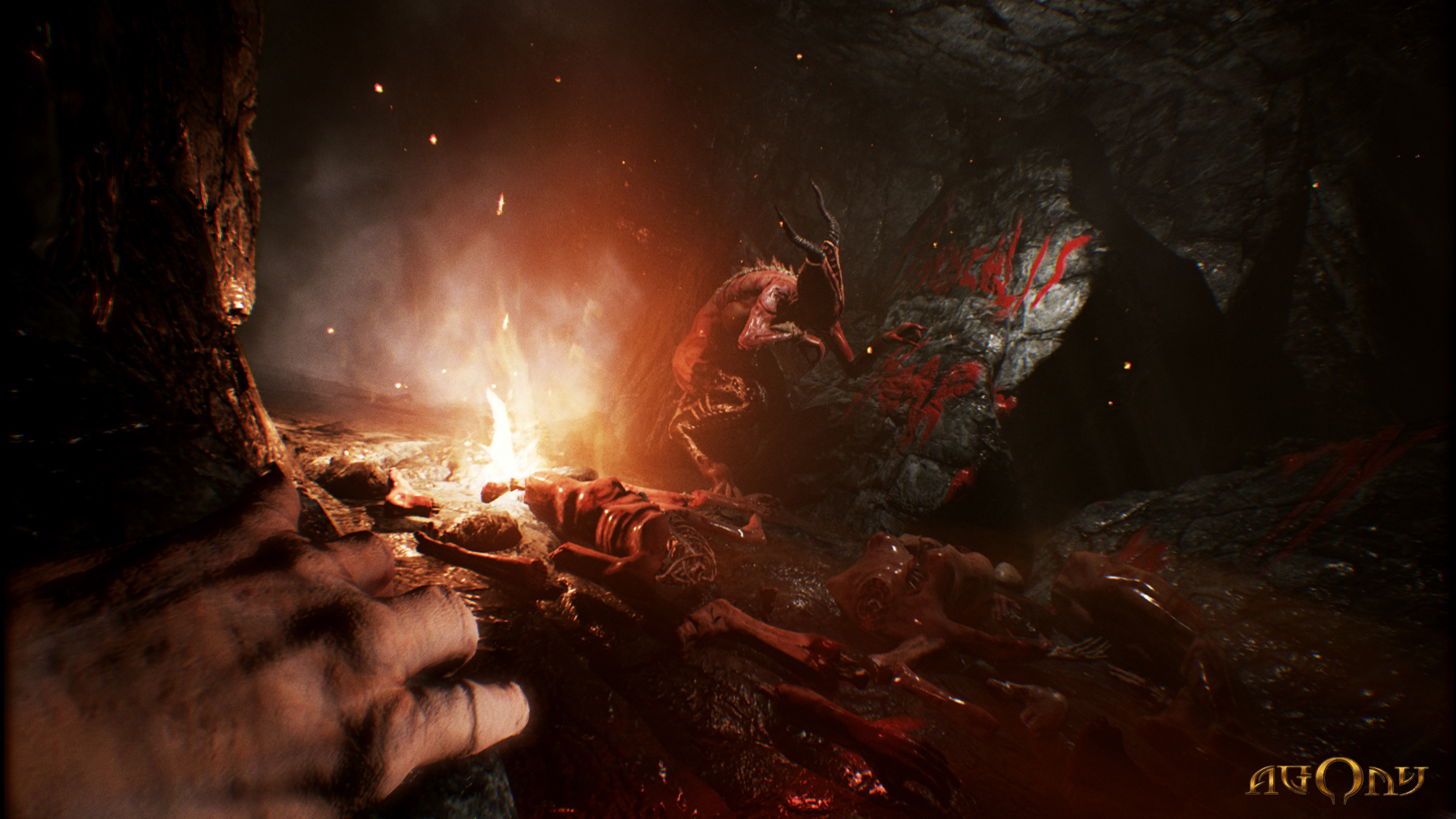 "There will be four huge levels, with completely different setting. Most of the footage we showed already is only from the first level of the game."

With time, however, the soul of the hero develops enough to be able to control some of the beasts. This will allow players to get in previously inaccessible places, and offers the opportunity to choose what sort of body they decide to use to overcome the danger.

Will players be faced with different choices that affect the outcome of the story, perhaps leading to different endings?

This idea sound great, but it’s very hard to do it right. If we will decide to put multiple endings in Agony, it has to be well presented. This requires lot of time, so we can’t promise anything at this point.

What are some of the areas in Hell that players can explore? What kind of playtime are you ultimately targeting and how does this affect the pacing of the story?

Single player campaign will oscillate with around seven hours, but we are trying to design levels to be partially open, and allow players to explore them, if they decided to do it. The main path of the story will be clearly defined, but it is up to the player if he decides to take the risk and try to find the secrets in the alternative paths, full of dangers and demons. If player decide to explore this world, he will have few extra hours of gameplay.

There will be four huge levels, with completely different setting. Most of the footage we showed already is only from the first level of the game. One of the levels for example is called “floating forest”, and will give player very different experience.

With such an otherworldly aesthetic to design, how did Unreal Engine 4 help bring the vision of Agony to life?

We love Unreal 4! Every one of us worked before on this engine (some for almost 10 years!), so we was very happy to work on the latest version of Unreal. Epic have a great support for their tools.

At the beginning, some of our ideas were very hard to achieve for the technical reasons. But latest updates give us very interesting tools, and optimized some of the features. Thanks to that, we bring back our original ideas, and put it in our game.

When can we expect Agony to release next year? 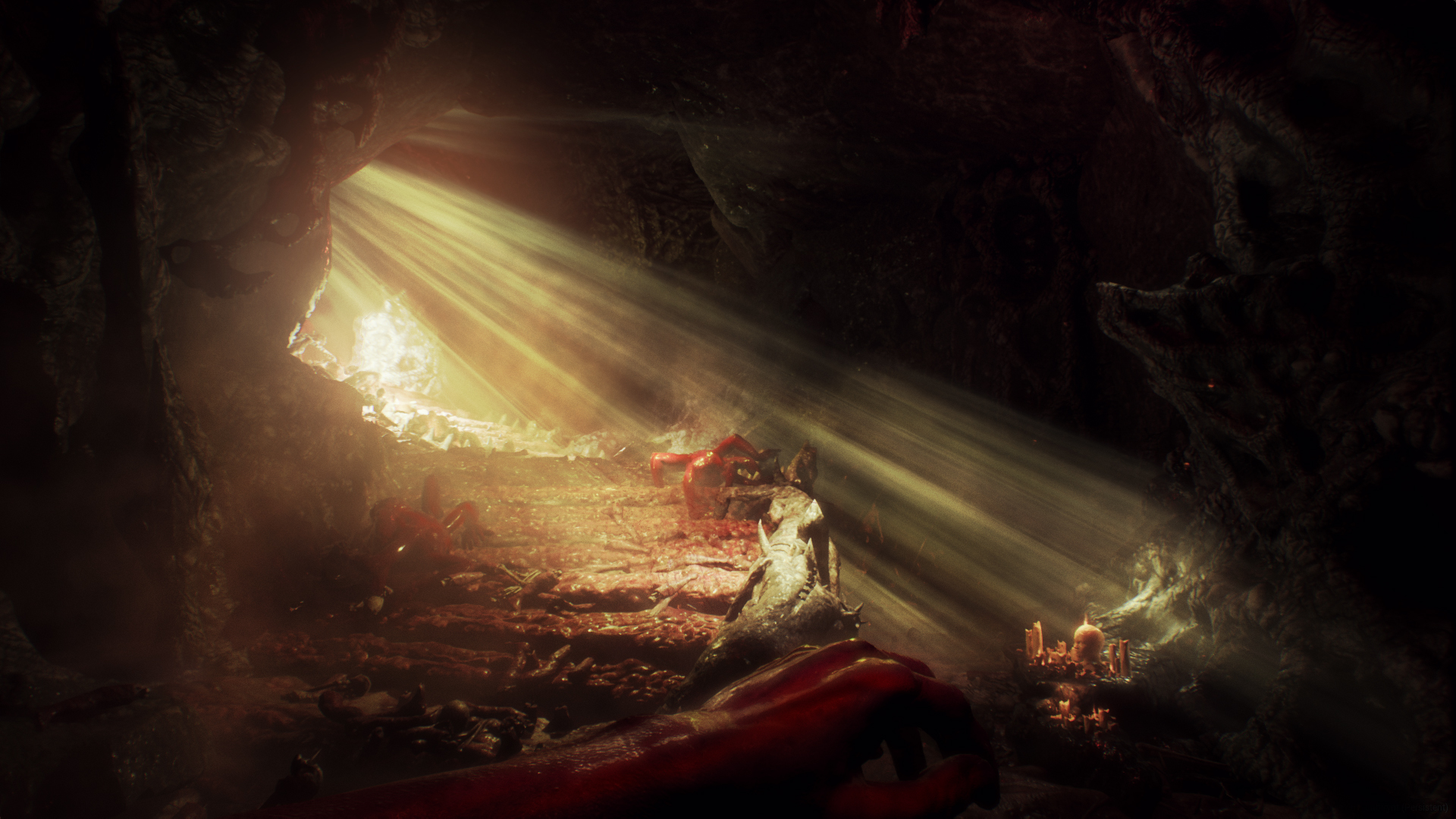 "All I can say from my perspective is that Scorpio seems to have all that is necessary to make particle effects and shaders much more complex."

Too soon to tell.

This is a question directly for our programmers, so I can’t really say much about this subject.

It will be totally up to the developers. I believe there will be many titles that will show how powerful this console actually is, but the important thing is that making improved version of the game requires lots of money and time. So I guess this power is reserved mostly for the biggest companies. 6 TFLOPs naturally means that the Xbox One Scorpio has an extremely powerful GPU.

Assuming that the rest of the specs also see similar or comparable bumps, what are the kinds of graphical improvements developers will be able to deliver on Scorpio?

One of the roles that I have in Madmind is creating particle effects and all I can say from my perspective is that Scorpio seems to have all that is necessary to make particle effects and shaders much more complex. And it will be visible difference from what we have now.

Do you think there is a place for the Nintendo NX in the market today, still? As a console, as a portable, as a dedicated games system?

Nintendo always surprises the world with their original ideas, and NX also seems to be interesting machine. Few years ago, many people claimed that Wii will be disaster, but it turn out to be perfect for the casual players. We just need to wait and see.