Along with showcasing gameplay footage, it is also shows the first footage of Allen Snider in the game. 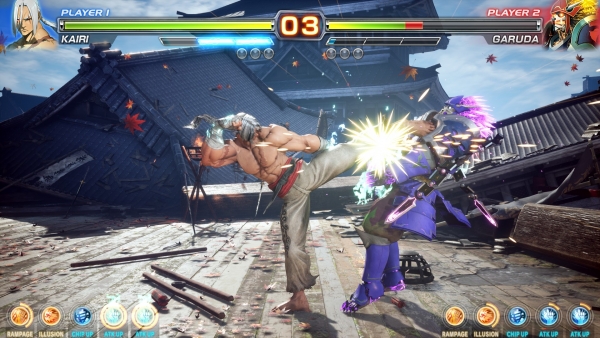 While Akira’s “Mysterious Fighting Game” still doesn’t even have an official title, fans have been hyped for the game’s release ever since the April Fools’ prank (which was later confirmed to more than just a prank). Akira is the studio best known for having created on Street Fighter Ex series.  As such, a number of characters from that series will also be making it to the new game.

In light of the Tokyo Game Show, Akira has now released a trailer for the “Mysterious Fighting Game”. The trailer showcases the gameplay as well as reveals the first footage of the character Allen Snider. Snider joins other Street Fighter Ex characters such as Skullomania and Darunmister in the roster for the upcoming game.

The game is set to release for the PS4 and will be out worldwide simultaneously across North America, Europe and Japan sometime in 2018. At the end of 2017, the game will have a beta testing period.