Aliens: Fireteam Elite developer Cold Iron Studios has released a roadmap for the new content you can expect to see in the co-op shooter over the coming year.

Cold Iron Studios’ 4-player co-op shooter Aliens: Fireteam Elite came out earlier this year, and though it might not be doing as well as fellow co-op shooter Back 4 Blood seems to be doing, as you’d expect from a live service multiplayer game such as this one, the developers to have plans to bring additional content to it in the coming months. The first season of the game has already been live for a while, and recently, they also provided a brief roadmap for what the next three seasons over the coming year will look like.

Season 2, out later this year, which will add a new game mode (which will be similar to Horde mode, according to Cold Iron), as well as a “new feature”. The developer says the feature will be more of a quality-of-life improvement though, so keep that in mind. There will also be four new weapons, over 10 new attachments, and over five new challenge cards.

Season 3 will arrive sometime in Q2 2022, and it will bring another “new feature”, along with a new kit, four more new weapons, and over 10 new perks, cosmetics, and challenge cards each. Finally, there’s season 4, planned for Q3 2022, which will bring another new game mode and more new weapons, attachments, cosmetics, and challenge cards. All of this content will, of course, be free. 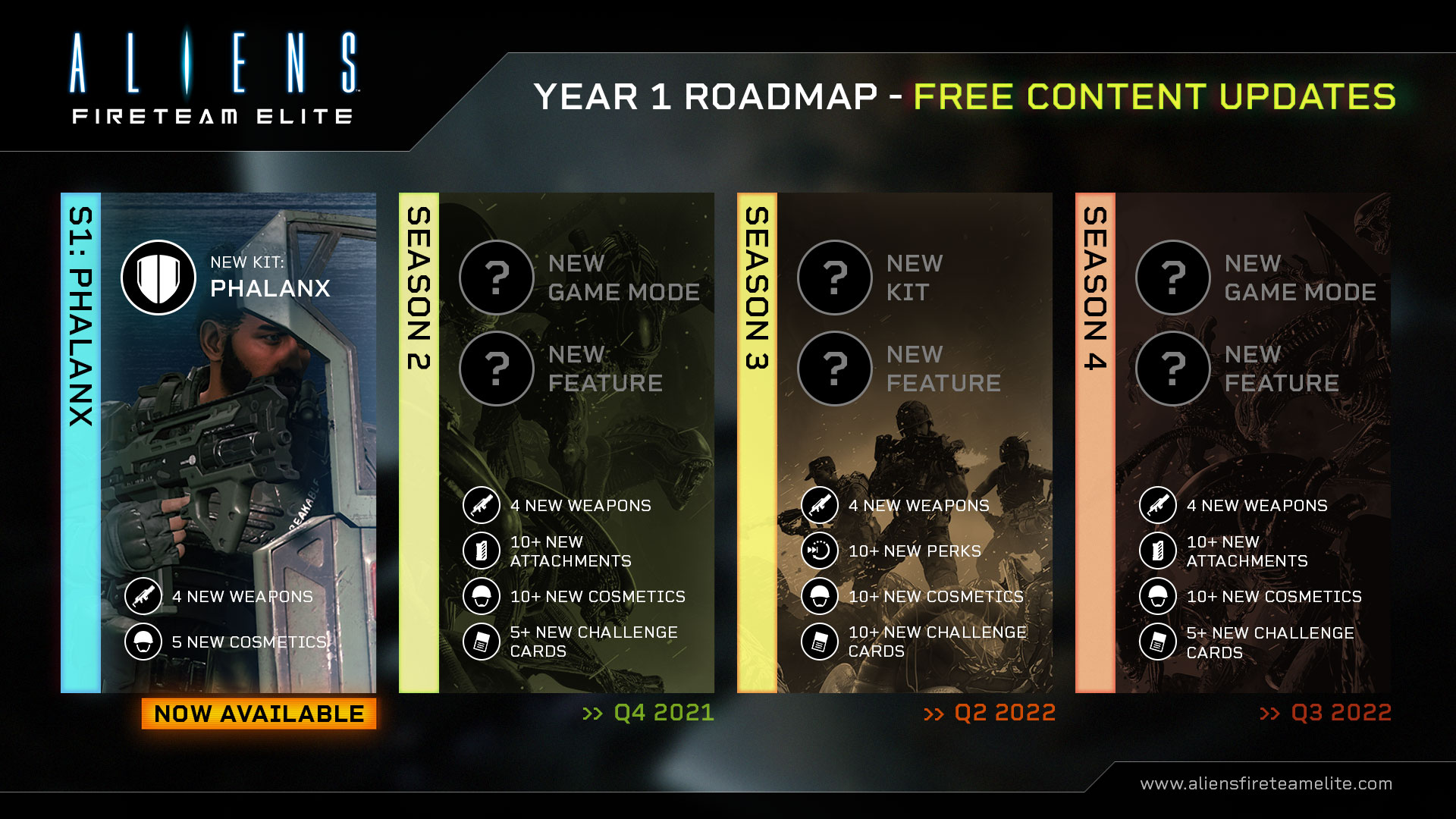