There have been several attempts to translate the elegiac mythology of the Norse culture into games. For the most part, they involve players waving axes and hitting people with them while yelling things about Thor and Odin and the like. Others are manifested in mythology-steeped real-time strategy games, alongside dizzying arrays of Greco-Roman and Egyptian heroes and legends. All in all, the quality is variable. The action games are playable but unambitious and the strategy games offer little in the way of folkloric depth.

There was one game, though, released in 2008, that took a rigorous approach to the source material. The game wouldn’t be about Vikings and their vulgar raids, but rather the player would be in control of the recently resurrected god Baldur, set in a technologically advanced civilization in humanity’s distant past, the Norse gods are cybernetically enhanced humans in control of a large corporation, which controls every facet of human’s lives. It was called Too Human. 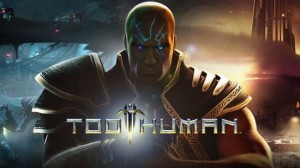 Released on the heels of one of the coolest and most intriguing guerilla marketing campaigns in video game history (which included a fascinating faux-documentary about scientists finding the centuries-old body of a mechanical goblin, one of the chief enemies of the game, in a glacier in Norway http://www.norwegianfilmcommittee.org/en/home.html), the game was full of promise. The demo showcased a unique and fun combat system, wonderfully integrated mythology through the level design, cutscenes, character models, and enemies and seemed to be the kind of game that would stick with a player until far after he was done playing.

Too Human was, at its inception, intended to be a trilogy. The games would cover the bulk of Norse mythology in its fancy new cybernetic digs, from the beginning of Ragnarok all the way to the end. From a storytelling perspective, it got quite a lot of it right. Baldur’s return is met with uneasiness among the rest of the Norse gods, who are innately aware that his return bodes ill; in the Eddas, his return is the first sign of the imminent apocalypse. The other gods were equally well-crafted. Thor was what could be expected for Thor; he was muscular, bearded, terse, and carried a very large hammer. Freya was beautiful, mysterious, and powerful. Heimdall was a watcher-god who projected power and confidence, even in the face of grave dangers. Valhalla, filtered through the game’s idea of it being a large corporation, was well designed, even if the effect came off as a bit stodgy and ostentatious (one might expect the drinking halls of heaven to have more of a lived-in feel, and maybe a bit more mead-stink). There were also elements of unapologetic poetic beauty, like when the player character died and a blind, teched-up Valkyrie would descend from the heavens to carry the corpse into Valhalla. Add in a lot of nods and references to other facets of Norse mythology, such as the world-tree Yggdrasil, the Norns, and even a little known pseudo-god/talking head Mimir, who in the mythology guarded the well of knowledge. All were, of course, filtered through the odd mix of future-tech and vague social commentary, which meant that Yggdrasil was a cybernetic network where the NORNs (Non-Organic Rational Nanosystems ) lived, and Odin was ODIN (Organically Distributed Intelligence Network ). 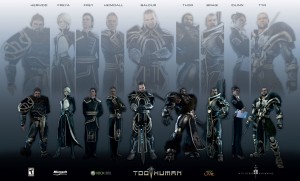 If the idea of a game where the player takes control of a Norse god on the eve of Ragnarok doesn’t sound awesome enough, it also had the distinct advantage of having one of the most intriguing villains of all time as the main antagonist. Loki, who in the Eddas was an irredeemably entertaining but frustratingly enigmatic pseudo-god, starts most of the shit in the game. Upon his escape from prison (he’s trapped under Yggdrasil, with adder venom dripping onto his forehead for eternity – at least as far as eternity gets before the world ends), he immediately begins to collect allies – giants, goblins, and even other gods – in his war against the Aesir. This is where Baldur, and the other gods, have to come in to club him into submission. Though his characterization, at least in the first installment, is somewhat banally villainous (there’s none of the enigma, as in the source material), there remains enough of a mystery about him to be intriguing, and his escapades, as long as they’re viewed above some of the stodgy missions that they elicit, are entertaining and drive the story along as a brisk pace. 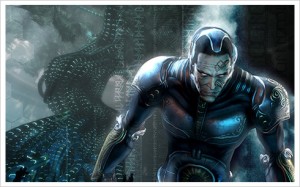 It’s the game itself that slows it down. Billed by Silicon Knights to be an original mix of RPG elements on an Action core – which is itself problematic, since there are dozens of other games, most notably the Fable and Legend of Zelda series, that embody that ideal – it was largely manifested in a control-stick based combat system over a series of never-ending improvements to your armor and weapons. If a player makes it for more than one solid progressive hour (that is, not an hour of constantly dying and respawning) in an unchanged suit of armor or with the same weapon, he either doesn’t know how to alter it or is incredibly stubborn. Weapons and armor fall from the sky with a regularity that is frightening, and ultimately irritating. A player can spend time and effort on getting a full-suit of matching armor that adds defensive or offensive bonuses, only to find pauldrons or a cuirass or greaves that not only trump the full suit, but also look ridiculous in comparison with the rest of the armor. It’s a frustrating time-sink in a game that should have a much faster pace. So it was a mixed bag, mixing the most boring elements of the RPG genre (and lacking the depth of other games’ armor/weapon combinations) with a combat system that was best described as simply unique, and it’s no surprise that it hasn’t been adapted by other games. 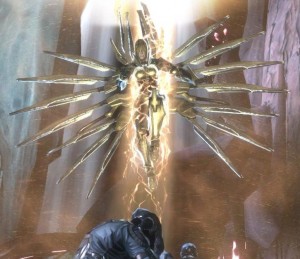 The game largely embodies the idea of a spectacular failure. Though there was some seriously awesome conceptualization, the execution as wobbly and inconsistent. Reviews were polaric; some reviewers raved, some hated it, and few were anywhere in the middle. The end result seemed to be that every single element of the game that was good had a caveat: the combat system started off being fun, but soon became endlessly repetitive and eventually outright boring; the level design was fantastic and intricate, but it was showcased in a cleverly-conceived-but-poorly-executed camera control scheme, which gave the player no direct control of what they were seeing and when; the cutscenes were stylish, but found a weird niche that occupied the area between a John Woo and a Zack Snyder film – there was a whole lot of unnecessary slow-motion and characters belting out bombastic lines with unironic intensity.

But if any game deserves a sequel, it’s Too Human. The meat and bones of Ragnarok have yet to be touched, and for my money, there are few contemporary retellings of Norse mythology that have come so achingly close to capturing the mournful spirit of the source material. The game certainly has an enthusiastic following – the Silicon Knights message boards are still buzzing, and at E3 fans eagerly awaited to see if SK’s announcement had anything to do with Too Human: Rise of the Giants. It didn’t. But if SK can drag Rise of the Giants out of the same development hell that plagued the first installment, and most importantly, listen to the criticism of fans and critics, the sequel could be a spectacular installment, and finally get the attention that the franchise ultimately deserves. 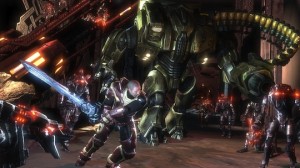 And if you haven’t played it, there’s no excuse: SK released the game for download on Xbox LIVE, and is available for around $20.