Alone in the Dark: Illumination Wiki – Everything you need to know about the game

Everything you need to know about Alone in the Dark: Illumination.

Alone in the Dark: Illumination

Alone in the Dark: Illumination is an upcoming video game that takes place in the Alone in the Dark universe and is set to be the sixth entry into the series that is often hailed as one of the fathers of extremely popular genre of Survival Horror, this game however is an Action Horror title. The game is being developed by Pure FPS and is being developed and released solely on Microsoft Windows supported PC’s, whether or not the game will be making the jump to 7th or 8th generation consoles remains to be seen.

The game, which is currently running on Unreal Engine 4, is slated to be published by the series owners and industry legends, Atari. The game is also currently set to be released on November of 2014 with no specific date having yet been released. Unlike most other entries into the series, Alone in the Dark: Illumination is a wholly online experience using a purely multiplayer based gameplay model.

​Development on Alone in the Dark: Illumination has been in development with Pure FPS for an undisclosed period of time, but during this secretive development period, the title was simply referred to as Alone in the Dark. The game was originally set to be announced in may of this year, but was later pushed back until the PAX East show when the development was presumably a bit further along and a more stable build of the game was ready to be shown.

Despite only being announced officially in May of 2014 (at Pax East) the game has already left its closed Alpha testing period and is set to enter its beta testing stage of development in the Fall. The beta programs access will be available to a limited number of players who pre-order the game ahead of time at selected retailers. Because of this and the undisclosed development time prior to the announcement, some remain sceptical over how high the games final quality will be. 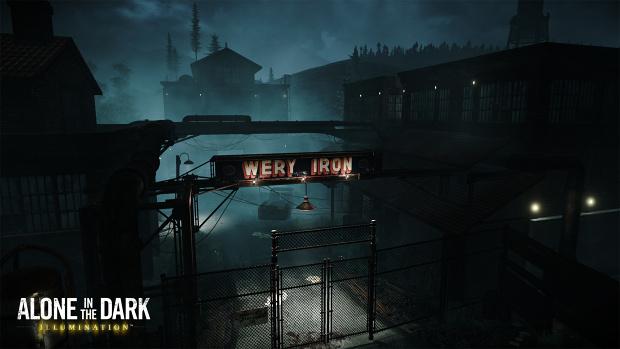 ​The plot of Alone in the Dark: Illumination unfolds in the abandoned town of Lorwich, located in Virginia close to the southern border that divides the state from North Carolina. The town was abandoned after a sudden and terrible flood struck and utterly destroyed what was once a successful industrial towns only means of generating income. The striking of the flood caused a mass exodus of the Lorwich people, leaving the town nothing but a shell of it’s former glory days. Since then, the town has fall into disrepair and is largely forgotten.

The flood itself was a mysterious accident, swelling up as it did without warning or clear signs of impending danger, and since that day nobody has stepped foot in the town for fear of the tales being true. There have been stories of creatures and shades moving in the towns now pervasive fog. “The Darkness” that creeps across Lorwich is rumoured to be nothing other than evil. 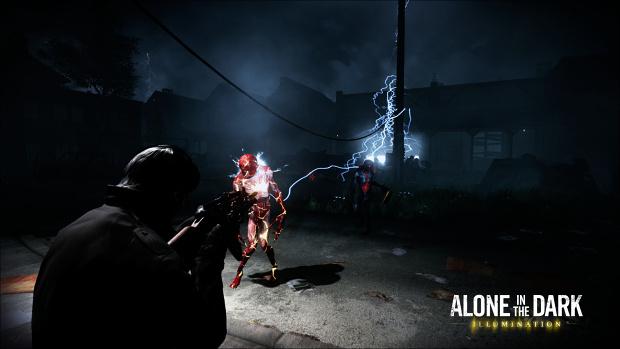 Alone in the Dark: Illumination is an online only Action Horror game that sees players group together in teams of up to four players in a cooperative play style where each character has a distinct personality, ability and equipment. Some characters have access to conventional weapons such as pistols and rifles whereas others will make use of arcane magics.

While the game does have a clearly defined and constructed environment, there are some randomly generated assets in the game. Enemy locations, room layouts and locked doors for example can all appear in different locations. The goal is for the team to make their way to the end of the stage and reach a vault where they can find safety, very much like the safe houses in the popular Left 4 Dead series. 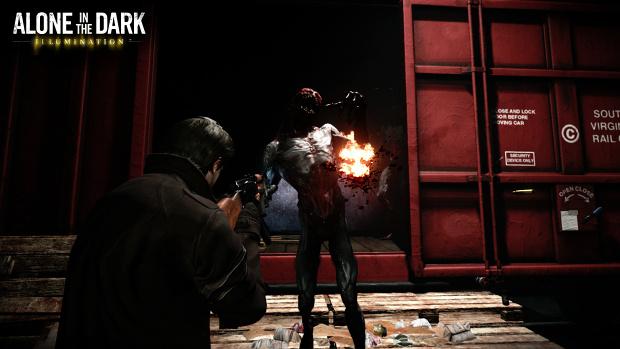 ​The Alone in the Dark franchise was always driven forward by player interactions, thus characters were important. Alone in the Dark: Illumination is no different in that regard with each character bringing different abilities to the game. August 31st 2014 saw the reveal of the four characters that would act as primary protagonists being revealed.

The Hunter – The Hunter is a direct descendant of Edward Carnby​,​ the main male character of the original Alone in the Dark as well as three subsequent sequels. The Hunter makes use of heavy hitting firearms like the AK-47, M4, P90 or a Flame-thrower.

The Witch – The Witch is the great granddaughter of Emily Hartwood, the main female character of the original Alone in the Dark. The Witch primarily uses weapons that are steeped in magic. One of her abilities is the ability to possess enemies.

The Priest – The Priest is a new character that has been created specifically for Alone in the Dark: Illumination, he has no known connections to other characters in the Alone in the Dark series. Much like The Witch, The Priest makes use of magical abilities, but we don’t know anything about his powers just yet.

The Engineer – The Engineer is is a new character that has been created specifically for Alone in the Dark: Illumination. She has no known connections to other characters in the Alone in the Dark series and she uses long range firearms as well as an array of mechanical devices that she has created.