AMD has unveiled its latest card to compete with Nvidia’s 680 GTX, it’s called the 7970 GHZ edition and packs quite a punch. There are a bunch of reviews already out at the usual tech sites, but AMD has officially announced it today.

It looks the same like the vanilla card but contains a lot of boosted specs, which makes it the fastest card in the world, according to some benchmarks. AMD calls it the worlds fastest and the most versatile GPU.

“Even with ultra settings and a resolution of 2560×1600, the HD 7970 GHz Edition is the fastest single-GPU graphics card in today’s most demanding titles. For example, Batman: Arkham City, The Elder Scrolls V: Skyrim and Battlefield 3 all run better on AMD Radeon,” reads the AMD blog.

It offers upto 4.04 TFLOPS of performance and consumes more than 250 watts.

You can find the full specification here. It will be priced at $500. It has been developed under the 28nm manufacturing process, which is a first. 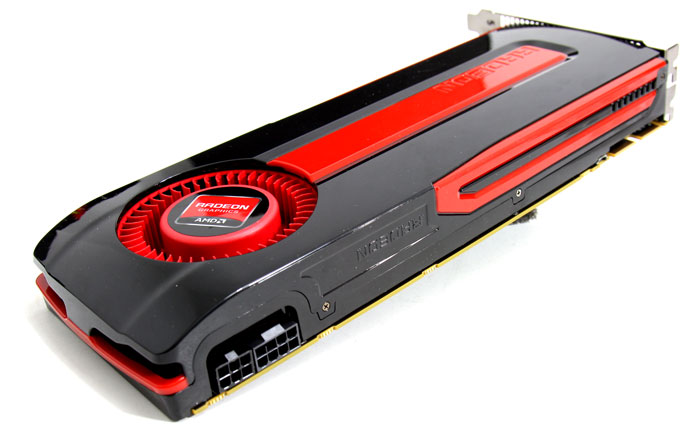