Everything you need to know about American Truck Simulator

American Truck Simulator is an upcoming truck and vehicle driving simulation video game that is currently being developed by the Prague, Czech Republic based developer SCS Software who previously found fame with their hugely popular Euro Truck Simulator series of games.

While there is no officially confirmed release date for the game, it has been confirmed that the game will be coming to Microsoft Windows supported PC’s and it will be available via digital download and at retail.

One of the boasted features that will be appearing in the game is that the game will contain upwards of 100 cities that the players can truck through on their travels, these claims were supported with screenshots.

Some of the locations included in that One Hundred Plus list include Nevada, San Francisco and Los Angeles with the game actually starting off in California and from there the player expands outwards. The goal that SCS is aiming for is to have the entire North of America available to explore.

The game is set to include a number of officially branded trucking vehicles, similar to Euro Truck Simulator, but the full list of vehicles hasn’t yet been confirmed. Two officially confirmed brands are Kenworth and Peterbilt trucks with more to be announced.

Whilst no official release date has been given yet, Excalibur Publishing are aiming for a February 20th of 2015. 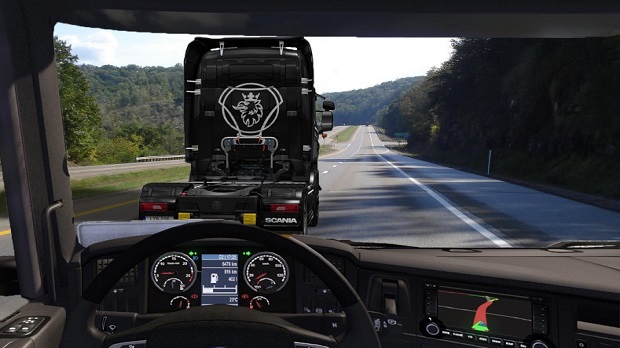 It’s not yet known if the game will feature any story, so to speak. It may follow the “build a business” model that was in Euro Truck Simulator, but nobody knows for sure yet. 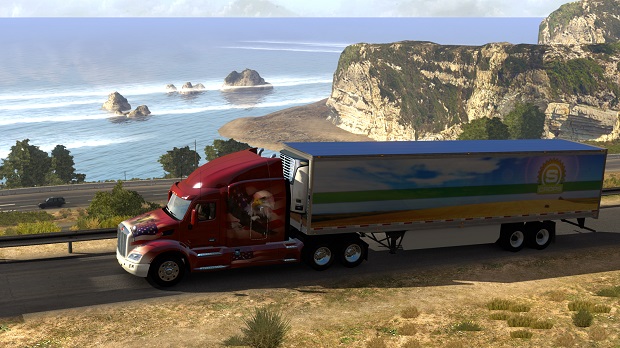 Like the story, there isn’t much on show at the minute to differentiate the gameplay in American Truck Simulator from Euro Truck Simulator. Gameplay is once again likely to be centred around a realistic driving simulation experience based around a truck driving game. 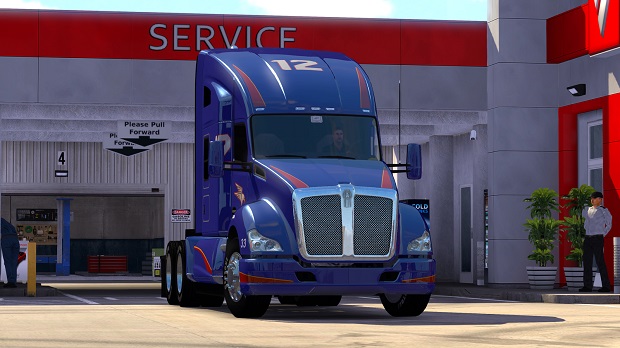 At time of writing, the availability of the vehicles is not entirely known. We do know that the Peterbilt 579, the Kenworth T680 and the Volvo VNL 780 will be available. This leaves room for many other types of truck to be announced given that vast array of trucks and big rigs available in America.