Posted By Shubhankar Parijat | On 09th, Jan. 2020 Under Article, Interviews

World of Warcraft has become an untouchable institution of the games industry, having continuously grown in size, scope, and popularity in the nearly 16 years it’s been on the market. Before it first came out though, there were no guarantees that it would be a success, not leat because Blizzard were taking a beloved RTS franchise and turning it into an MMORPG. What got the game off the ground was, first and foremost, the vision and work of the team that worked on it in its early days- and one of those people was former Blizzard man John Staats, who fans of the game might know as its first ever 3D level designer. Staats, who worked on WoW for ten years, would have a major role to play in the game’s development, building and designing many of the game’s most beloved raids (among other things), while he would also go on to write a book about the time he spent working on the game, called The WoW Diary.

Recently, we got the chance to converse with Staats, asking him about everything from his book and his memories of the game’s early development days to Blizzard’s philosophies for adding new content to the MMO and more. You can read the full interview below. 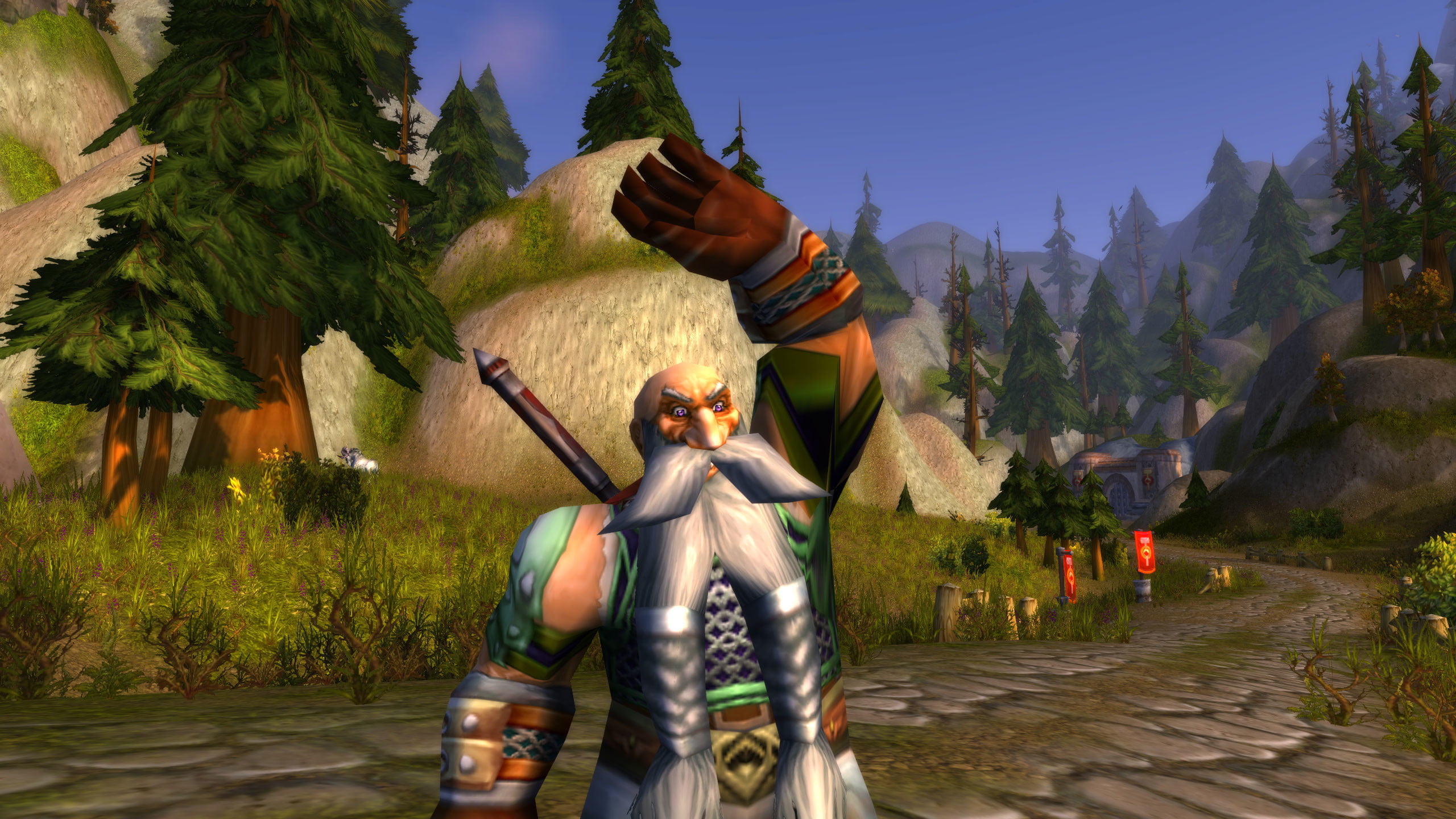 "I compiled my notes and started writing The WoW Diary 6 months into my stay at Blizzard. I did so because the project was such a mess."

Your book, The WoW Diary, is a fascinating peek behind the curtains about what development on one of the biggest games in the world looks like. When did the idea to put your experience at Blizzard into words occur to you?

I started thinking about it during the first day on the job. Most of the day was spent talking excitedly to other developers. They were excited to have someone who knew how to build architecture on their project (I was the new, shiny thing), and it was my first professional experience in the gaming industry. I had dedicated four years to mod development and I spent much of my time following daily updates that some FPS devs would post. I thought this multi-year education would have taught me why studios did things, but most of what I learned was so utterly wrong… at least for Blizzard.

There were boxes of unclaimed books littering the halls (my book describes the WoW dev area as a pigsty). While rummaging, I discovered a book about how Cyan Studios made Riven. It looked cool and had concept art and photographs of the team, but the descriptions of how they worked weren’t very informative, like they’d wrung the story through a corporate PR department. I realized then that every game company does videos and published books like this, but I wanted to write about the juicy stuff: the complaints and personalities, the surprises and mistakes. I compiled my notes and started writing The WoW Diary 6 months into my stay at Blizzard. I did so because the project was such a mess. The game was ugly, things weren’t working, and no one had answers to how to do things. Months were wasted on dead-end solutions, and no one on the team was surprised. The veterans assured us that development was often this bad, sometimes worse. “That,” I thought, “is an interesting story.”

And part of it was also for my own education. I never worked with animators before, so I wanted to learn what was their production pipeline. I was also interested in the business side of things, so I gradually painted a comprehensive and detailed picture of a dev team. I’m happy with the result.

World of Warcraft had become an institution in and of itself over the years, but back when it was still in development, what were you and your fellow developers at Blizzard hoping the best-case scenario would be? Did you expect it would become as massive as it did?

Before online distribution, preorders were indicators of how much demand there will be for a title. WoW presales were terrible, possibly because there was such a stink on MMOs back then, people may have doubted our game would run on low-end systems.

The team always believed in the MMO genre. I remember that 1 million players in North America was the boldest predictions any of us dared to make. Most of the team felt a quarter million (which was still great) was where our subscriptions would hover. We knew the game was going to be fun, but the subscription model made us very nervous. It had never proven itself with a casual audience, especially after EA’s The Sims Online flopped.

Given that you were taking a massive and beloved property in a completely new direction, how much pressure was there on you guys to get it entirely right?

The pressure was mostly on the team 1 guys who made Warcraft 3. The two games were mostly developed at the same time, so we drafted off of their momentum. Their game expanded the Warcraft universe, not ours, so we didn’t mind them being our heat shield. We’d also playtested WoW so much that we were comfortable with where we going. It all felt so good there were no concerns. 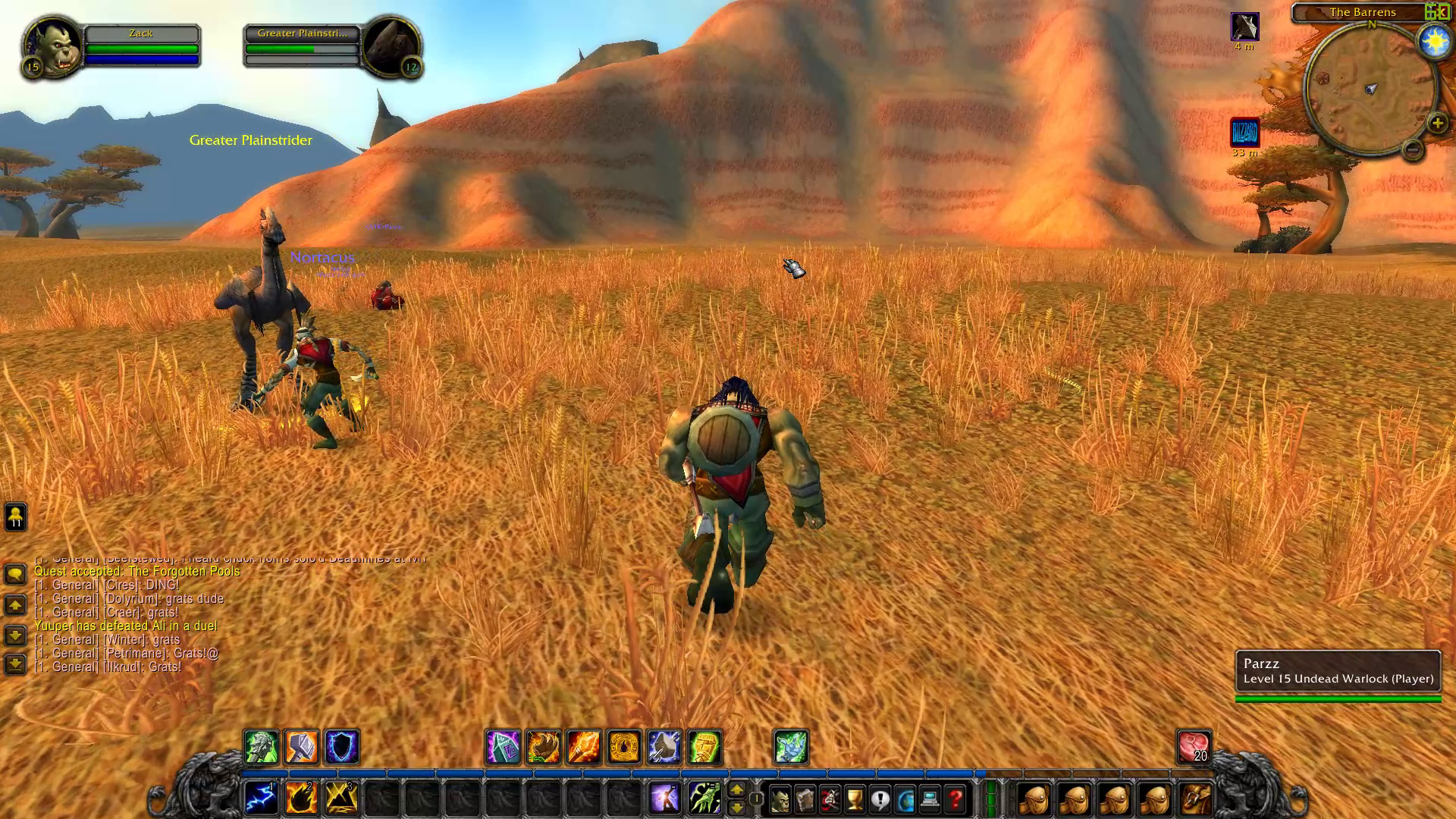 "So many people have ideas of how to expand the game, the problem was never what to do, but rather, what to do next."

How did the development process change through the years, as your goals shifted from getting the game off the ground to continue adding content to it?

I joined when there were 20 people on the team, and we shipped with about 65 devs. Team size was a huge change. Going to hundreds of devs made the culture more corporate, more structured, and predictable. Productivity is always the cost when you want predictability. Kevin Kelly wrote a great book called Out of Control about how productivity is affected by different types of organizations. Vanilla WoW was operated by a low-management system. In it, was tons of waste, low-predictability but it was far more prolific. The key is hiring self-motivated people.

Can you talk to us about the challenges of continuously adding more sizeable new content to an already-massive game for such a prolonged period?

One trick is keeping the old content feeling alive. Dead zones are depressing. Another problem is creating content for both the hardcore and casual gaming audiences. It’s like you have to build two different games… except they have to co-exist, so you have to constantly rubber-band the casual rewards with the high-end rewards, so players can feel like they can play and compete in the same space (like world events and PvP areas). The devs on the team now would be better equipped to answer this question.

How did you ensure that even after so many years of the game having been active, you’re finding ways to add fresh, new, and exciting content?

It wasn’t an issue. So many people have ideas of how to expand the game, the problem was never what to do, but rather, what to do next. There’s always a list of systems and content developers want to try out. The only forethought was avoiding rewards that weren’t too good. Devs don’t want to create items that inflate power too much… because players will want upgrades a few months later. They also want to avoid new system that mothball old one, systems players are currently enjoying.

How did you strike a balance between keeping your dedicated playerbase happy and finding ways to attract new players?

The above answer speaks a little about the balance issue. A quest designer could probably give you a better answer, they’re the ones who really make the game fun for the casual audience. Honestly, building gameplay that is fun in a number of ways is really the key, because simple word-of-mouth is what attracts new players. 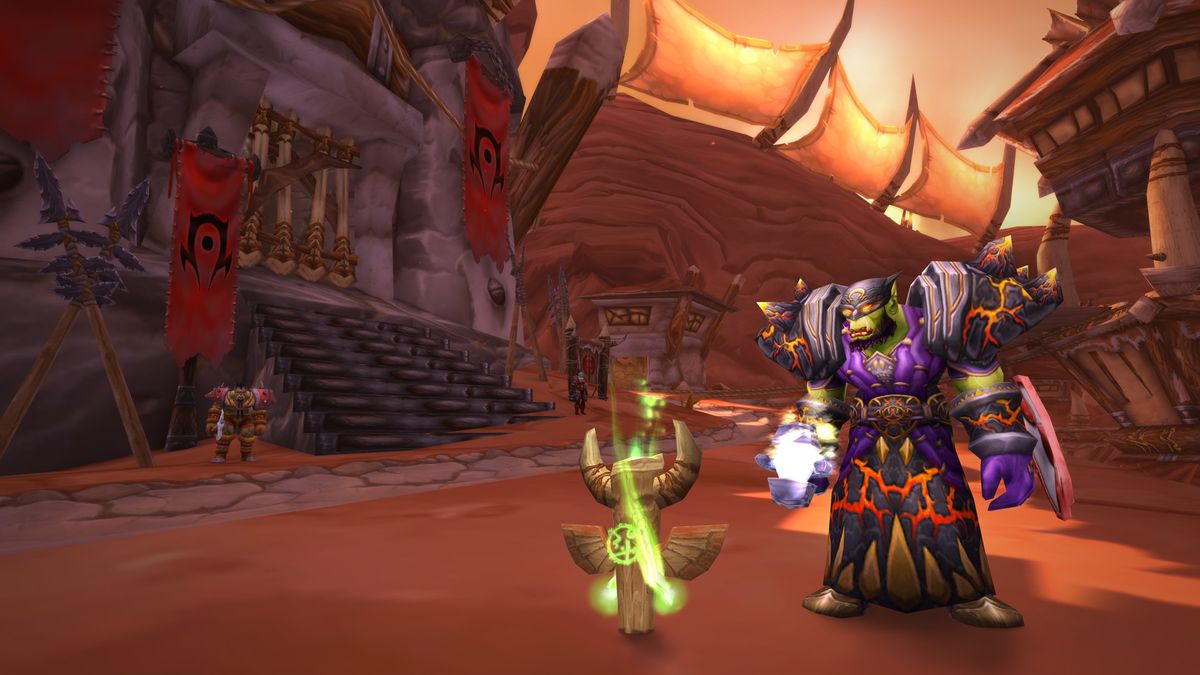 "Doing a sequel makes no sense when devs can simply upload live updates. I suppose you could call Cataclysm (or any expansion) a sequel. I really doubt Blizzard will ever make WoW 2."

Of all the dungeons, raid, and content you worked on for WoW over the years is any one of them, in particular, your personal favorite?

I like Lower Blackrock Spire and Blackrock Depths the most. Their layouts immerse players in believable ecosystems. It feels like you’re walking through a living, breathing zone of activity. I like dungeons that have a sense of place, purpose, and belonging. Players feel like they’re sneaking into someone else’s house when their walking down the chains to BRD, going somewhere they’re not supposed to be.

During all your time with Blizzard working on WoW, was there ever a conversation for how long you guys would keep adding to the game before deciding to do a sequel? Is that something you think might happen in the foreseeable future?

Doing a sequel makes no sense when devs can simply upload live updates. I suppose you could call Cataclysm (or any expansion) a sequel. I really doubt Blizzard will ever make WoW 2, it just doesn’t make business sense, especially since it could be said that things like WoW Classic splits the WoW audience.

Tagged With: Blizzard, pc, the wow diary, World of Warcraft