You have to get your Japanese coverage from somewhere else. 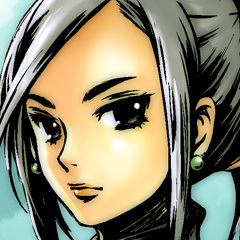 This is one of the terrible news that makes my heart bleed. Andriasang will be shut down soon. The site was a popular hub for Japanese news and information, run by one man, Anoop Gantayat–who also worked for IGN before.

There is a lack of Japanese coverage in the mainstream gaming media, so such a closing hurts the Japanese industry a lot more than whatever else. It reduces visibility to western public as well. Andriasang was a pretty popular site among gamers and this is really sad to hear.

“I’ve decided to take up a new opportunity that will hopefully keep me really busy, so I will be ceasing daily updates. I may do some database-driven stuff and technology tests (look closely, and you may see the site’s backend code base change from PHP to node.js!), but I won’t be doing articles or updates. The site’s archive and comments will remain in place, so you can still consult old content,” wrote Anoop Gantayat.

“Thanks for reading all these years, and a special thanks to everyone who registered and posted comments — even the punk asses I banned.”