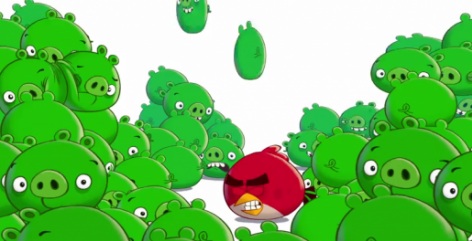 Angry Birds, the highest selling game like ever, as far as I can recall now has a sequel offering you to play as the pigs — the evil antagonists of the original game. That may be a bit harsh but that’s what they are, right?

“There’s a lot of empathy towards the lovable enemies from the Angry Birds games, and we’ve been constantly asked: what about the pigs’ side of the story?” Rovio CEO Mikael Hed said.

“Bad Piggies gives you the chance to play as the second-most-loved characters in the Angry Birds universe, and explore this rich world through their green eyes.”

They have also released a teaser video which shows the game in action.