Posted By Kartik Mudgal | On 01st, Nov. 2012 Under News | Follow This Author @KartikMdgl 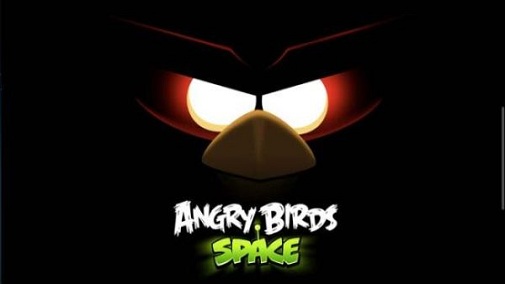 Angry Birds fans, rejoice! The series comes to the PC for the first time in India, thanks to a collaboration between Milestone Interactive, a local Indian distributor, and Rovio Entertainment–the creators of the Angry Birds franchise.

“We are proud to finally make the Angry Birds franchise on PC available to all its fans in India. Indian PC gaming market is vast and playing Angry Birds on this platform will make the experience enjoyable for gamers & casual fans alike,” said Mr. Jayont R. Sharma, Chairman and CEO of Milestone Interactive Group.

“This will be a new and exciting experience for Milestone and a positive step in our constant endeavor to increase our product offering to the Indian consumer. Given the mass popularity of this franchise, we are hoping to place these titles in newer channels for games – Hypermarkets, Gifts & Novelties, Mobile accessories, Stationery stores etc.”

“We’re excited to be working with Milestone Interactive Group to bring Angry Birds on PC to our fans in India. Keep popping those pigs,” added Rovio’s SVP of Brand Marketing Ville Heijari.

The prices will begin from Rs 499, and we have the complete list of games that will be available at stores on November 9 this year, just before Diwali.

Angry Birds – The survival of the Angry Birds is at stake. Dish out revenge on the greedy pigs who stole their eggs. Use the unique powers of each bird to destroy the pigs’ defenses. Angry Birds features challenging physics-based gameplay and hours of replay value. Each level requires logic, skill and force to solve.

Angry Birds Rio – What happens when everybody’s favourite fierce fowl get caged and shipped to Rio? They get very angry! In Angry Birds Rio, the original Angry Birds are kidnapped and taken to the magical city of Rio de Janeiro, where they eventually escape their captors and set out to save their friends, Blu and Jewel – two rare macaws and the stars of the hit motion picture, Rio.

Angry Birds Rio will pair the physics-based gameplay of the original game with unique twists based on the film.

Angry Birds Space – This latest game of the series features interstellar levels on planets and in zero gravity, resulting in spectacular gameplay ranging from slow-motion puzzles to light speed destruction. With regular free updates, new in-app purchases, brand new birds, brand new superpowers, and a whole galaxy to explore, the sky is no longer the limit!

Tell us what you think in the comments section below.
Tagged With: angry birds, Milestone Interactive, pc