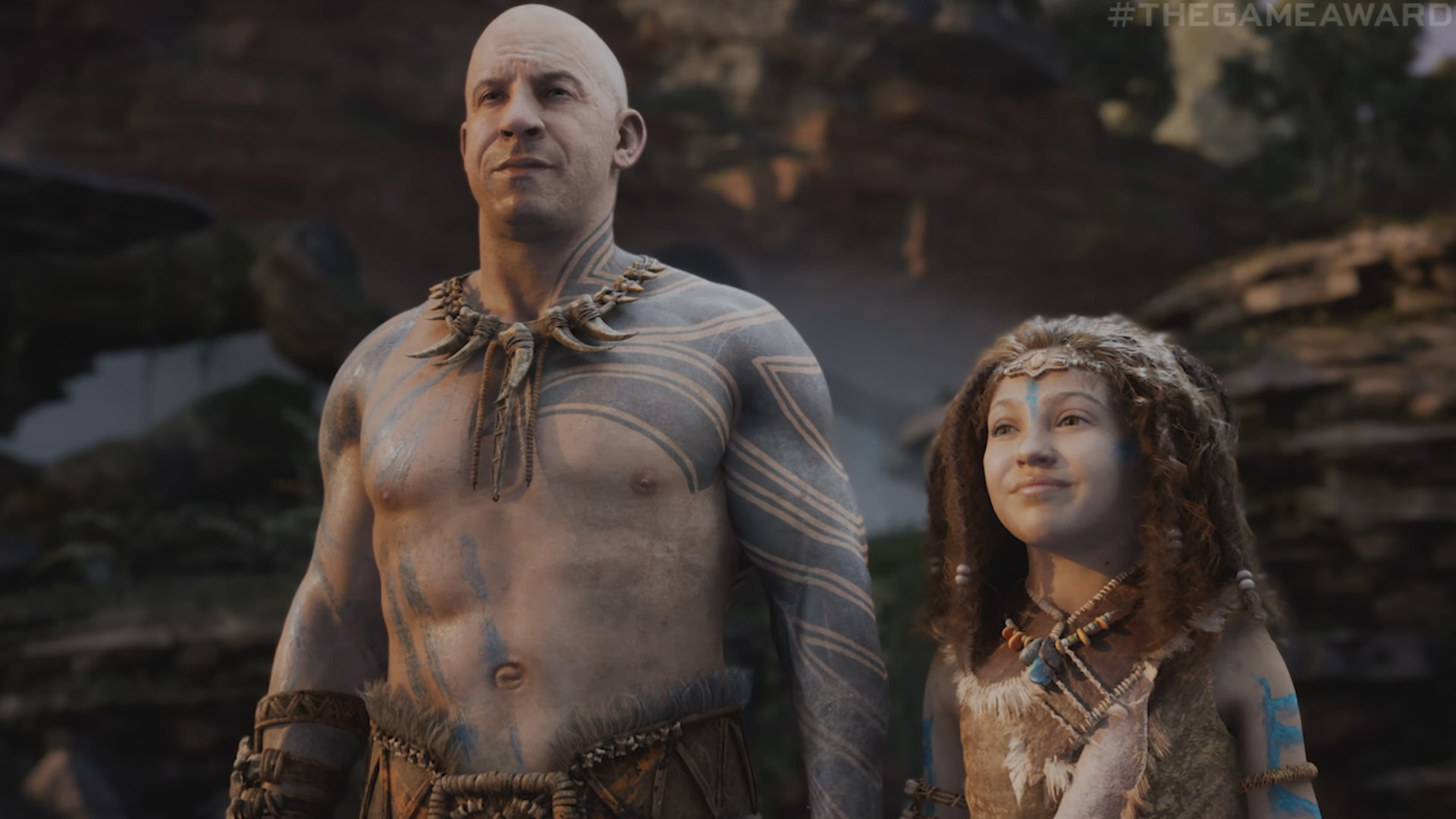 Say what you will about The Game Awards, but the show sure can leave you talking. One such instance is the truly bizarre reveal of a game that had not leaked and pretty much no one was talking about. Even if you didn’t see it live as it happened, it’s still something to behold. I’m talking about, of course, Ark 2.

In the very lengthy cinematic trailer as provided by IGN, you see Vin Diesel as a character that is later identified as Santiago. It features a mix of dinosaurs, lizard men and weaponry both of the primitive and futuristic variety. That’s about all we have right now. An animated series tie-in with a star studded cast will have a trailer tomorrow.

There’s nothing else here, whether about platforms (though PC is probably a safe bet I imagine) or release time frame. Just you know, Ark 2 featuring Vin Diesel. We’ll keep you updated.

Proud to announce, tonight at the TGA’s: