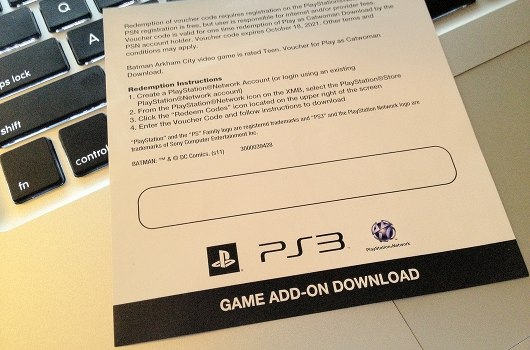 Users have been reporting all kinds of difficulties involving the DLC codes supposedly included in pre-ordered or new copies of the Arkham City regular and collectors editions. These issues have ranged from their copy of the game not including the codes at all to multiple codes for the same DLC and even the frankly boggling issue of blank redemption cards. What was meant to be a reward for early purchases has backfired a little, especially as the Catwoman DLC significantly alters the game’s story. Warner Bros. have responded that they are working on a fix and have asked for folks to keep their eyes on the Arkham City twitter account for updates.