Armikrog Reaches Kickstarter Goal at $974,578 – Heading to Wii U

The spiritual successor to The Neverhood just got greenlit.

Armikrog, dubbed the spiritual successor to The Neverhood, has managed to reach and surpass its Kickstarter goal of $900,000. The Kickstarter closed at $974,578 provided by 18,126 backers. The game was already in development for PC, Linux and Mac OS X but thanks to achieving the stretch goal of $950,000 it will also be heading to the Nintendo Wii U. Check out the gameplay concept sketches below and the video above to see just how Armikrog’s mechanics work. 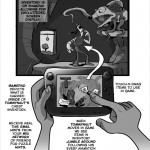 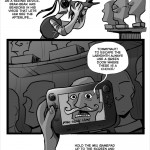 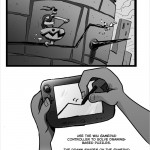 As a clay and puppet animated adventure game, Armikrog has Earthworm Jim creator Doug TenNapel at the helm alongside Mike Dietz and Ed Schofield of Pencil Test Studios, who also have experience developing Earthworm Jim and The Neverhood. Armikrog features a lot of the original development team from Neverhood and combines sculpture along with stop-motion animation to create a game that “blurs the lines between art and technology”.