Posted By Rashid Sayed | On 13th, Mar. 2012 Under News | Follow This Author @GamingBoltTweet 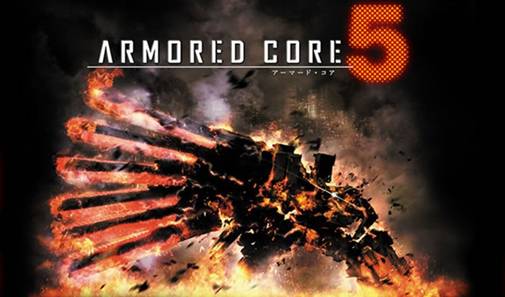 Armored Core 5  revolutionizes the series with massive online multiplayer battles designed around huge team-based skirmishes on a grand scale, a robust offline mode, and a completely new atmosphere. Featuring ACs or “Armored Cores” that are customized for more strategic gameplay, Armored Core 5  focuses on tactics and effectively utilizing the geography of a level to maximize the devastating effects of attacks. Players will be able to customize their Armored Core with countless unlockable parts creating their own personal weapons of mass destruction.

“We all know FromSoftware has a great track record of developing quality, highly immersive and addictive games, and Armored Core 5 will continue that tradition with new layers of strategy,” said Carlson Choi, Vice President of Marketing, Namco Bandai.