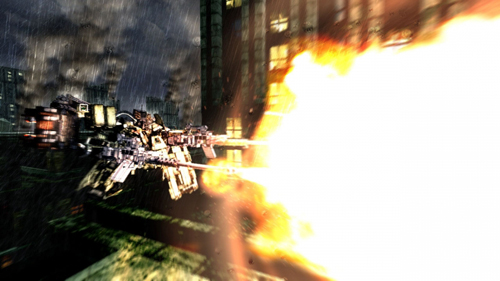 Armoured Core V has been finally released in North America with Europe launch following soon. It’s a mech-action game, but I bet you probably know that already. We also have the launch trailer for you which looks pretty amazing.

“Using highly customized mechs, friends can now team up and defend their territories from opposing Armored Cores, making for some intense battles in the war-torn environment.”

The game is highly customizable with over 500 parts available at your disposal to make a unique mech for yourself. The game also features 10-player multiplayer battles, and huge team-based skirmishes.

Stay tuned for our review of the game soon. Tell us what you think in the comments section below.