TV shows like Breaking Bad and Fargo along with films like Dog Day Afternoon were a big influence on the interactive narrative adventure. 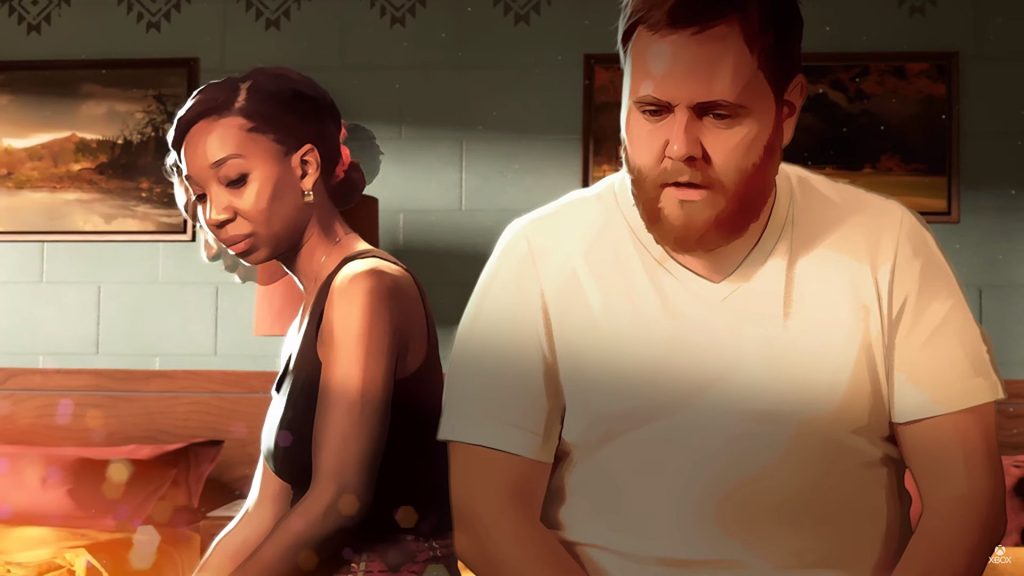 INTERIOR NIGHT’s As Dusk Falls re-emerged at the Xbox and Bethesda Games Showcase, as it releases next month on Xbox Series X/S and PC. The interactive narrative adventure tells the story of two families and a robbery gone wrong in 1998 Arizona. In a new behind-the-scenes video, the development team talks about designing the narrative, it’s art-style and more.

The story is separated into two books spanning decades with players making decisions that impact the lives of the main cast. TV shows like Breaking Bad and Fargo, along with the movie Dog Day Afternoon, were big inspirations for the overall narrative which offers big choices with high stakes and smaller decisions that create drama.

As Dusk Falls supports co-op for up to 8 players at a time locally and online. There’s also a companion app so that players can make choices using their phone or tablet. Throughout a session, you’ll gain insights into your play style and how you handle different situations.

As Dusk Falls releases on July 19th and will be available on day one for Game Pass.