Asemblance Interview: Something Kind of Funny Going On

Some games are experiments, testing the gamer and crafting a narrative experience based on their reactions. Others let the player loose on the environment and rely on their interpretations to define the story. Nilo Studios’ Asemblance feels like an odd amalgam of both of those. You play as a character that’s stuck inside a machine that can simulate memories with an AI guiding you. Escape is the key but why did you enter the machine and what is your true past? What does Asemblance say about machines and their over-arching importance in our lives?

GamingBolt spoke to the developer, primarily creative lead and experience designer Niles Sankey, sound designer and AI voice Adam Burd and writer/narrative designer Eric Raab about Asemblance and what makes it so special. 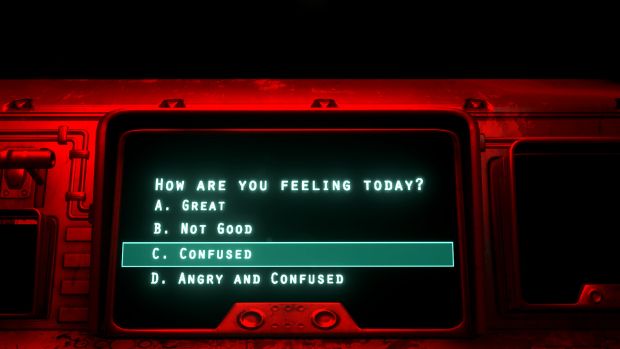 "We definitely could’ve done a better job of giving players more closure with the casual ending."

Asemblance is a weird game. It’s the sort of game that you can run through and “finish” in 20 minutes. Why did you develop such a game?

Ha! I’ll take “weird” as a compliment. We wanted to develop a different kind of narrative gaming experience and “weird” is definitely in the ballpark of reactions we were aiming for. We were growing tired of games with an explicit and linear 6-8 hour campaign and want to make the kind of game you can play through and “finish” in no more than an hour, but also offer non-linear ways of pushing players to explore the game for more. So, the deeper you go, the harder and more implicit the ideas get, to the point where we hoped players would engage with each other, testing theories in hope of ultimately “beating” the game.

Asemblance received mixed reactions from the press but with many claiming it was an excellent experience overall. Why do you think it’s not well known amongst the circles of hardcore gamers?

Yeah, it’s definitely been a bit polarizing. A lot of people didn’t get what we were doing or were frustrated and called it confusing. We definitely could’ve done a better job of giving players more closure with the casual ending. Most players want to be told a story that wraps itself up and draws from an easily relatable emotional experience, but we were specifically trying to challenge that approach. We wanted players to keep asking questions and go back into the game in search of answers.

We didn’t want to play God and just come out and tell you all the who’s and whys. We wanted the players to interpret the world around them and answers their questions for themselves, and ultimately to engage with others to find the conclusions they were drawing and the paths they were taking. We wanted to leave you with big questions that made you think about all you experienced after it was all over. It’s not exactly what most players look for in game or one that can be communicated easily or sold to more casual players. 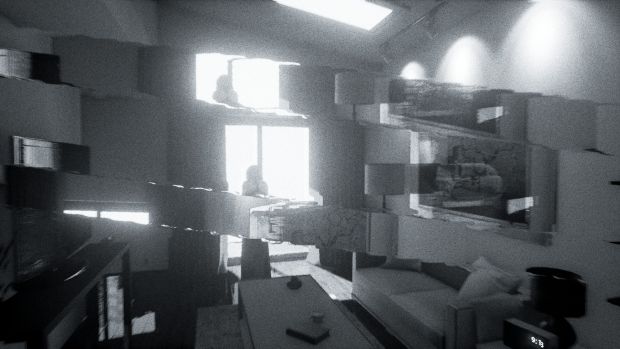 "We’re a very small team of three; a designer, a sound designer, and a writer, and our goal was to challenge ourselves to utilize the least amount of content possible to pull the player through the desired experience."

Asemblance is often reported as something that makes the line thin between games and art. What is your take on the same?

The concept of games as art was definitely something we were conscious of when developing Asemblance. The argument of “Are Games Art?” often lacks the basic understanding that art is content that draws interpretation from its consumer. Asemblance is built around certain philosophical and psychological concepts that ask big questions, like the nature of identity, the reliability of your own mind, and the dangers of merging technology and biology. But it doesn’t beat those concepts over your head, it gives you a basic objective, “Escape the Machine” and to do so you have to start asking questions like “who am I?” and “why did I enter the machine?” and “how does this machine work?”

And all those answers depend on how you interpret the world around you. But what really matters more than any of that is giving players experiences that make that journey to answer those questions fun. And that will be something we will continue to improve upon in future Asemblance episodes, while at the same time challenging the kinds of experiences first person adventure games can hold.

What was inspiration behind the game not having too many places to explore? It was one of the things that many people were critical about.

We’re a very small team of three; a designer, a sound designer, and a writer, and our goal was to challenge ourselves to utilize the least amount of content possible to pull the player through the desired experience. Everything about Asemblance was an experiment. We didn’t know if anyone would play it, if we could even achieve what we set out to do, or if we could pull it all together. We gave ourselves a window to make a shippable product, and if it weren’t for that limitation we could still be in development. We will continue to experiment with this concept of limited scope and we’ll definitely push ourselves to offer more explorable content as we move forward. 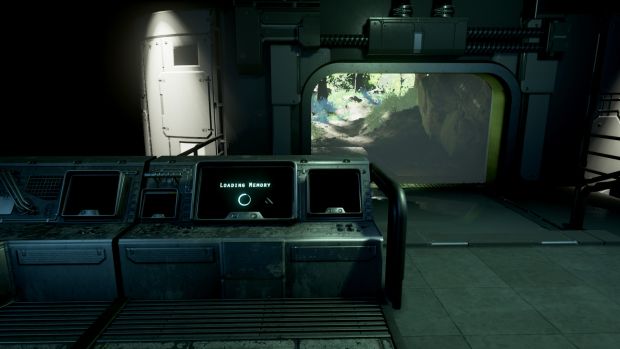 "The hardest part is getting the game noticed by a big enough audience to get more people working together and racing against each other as soon as the game is released."

It took the game’s community across Steam, Twitch, and Reddit to crack the ending. Were you inspired by the likes of PT where the community would need to get together and unlock the real ending?

PT was an inspiration for sure. In a lot of ways, PT was the fuel that gave birth to Nilo and Asemblance. Having been involved in big AAA games like Halo and Destiny, PT offered this amazing use of limited content and a wholly consuming experience. Watching the communities form to find the ending was like an awakening. It showed how games have the unique aspect of engaging intense, cooperative and competing communities, and you didn’t need millions of dollars to do it. So yeah, that was definitely an influence, along with unique narrative games like The Stanley Parable and the real life “Puzzle Room” experiences. The hardest part is getting the game noticed by a big enough audience to get more people working together and racing against each other as soon as the game is released.

Do you have any plans to bring it on the Xbox One?

We definitely want to expand to all available platforms, but we are a small team and need to grow a bit before we can make the jump to other platforms. It is definitely high on our list of ways to grow.

Are you working on any new projects?

Asemblance is the pilot in an anthology series, like Twilight Zone and Black Mirror, and we are working now on the second episode, which we are aiming to ship in 2017. There are few teases of it in episode one, you just have to find them.