Ashes Cricket is a fine game for fans of the sport, but it has its fair share of flaws.

Cricket as a sport is hardly as well represented in the video games industry as the likes of football and basketball. Throughout the years, we haven’t had a lot of good cricket games. Sure, we’ve had a few decent ones intermittently, but owing to the relatively lower popularity of the sport within the genre’s target audiences, there’s never really been a cricket game that has touched the same heights as your FIFAs or your NBAs. And while Big Ant’s Ashes Cricket isn’t the game that finally brings that same level of flash and shine, for fans of the sport, it’s perhaps one of the most enjoyable video game renditions of cricket ever.

The things you usually associate with sport simulation games are, notably enough, not up to mark here. Ashes Cricket won’t make you feel like you’re watching a television broadcast of an actual match, and the game is severely lacking in polish in a lot of areas. These are issues that probably won’t sit well with people who’re not too familiar with cricket as a sport, or those who’re not too interested. But for people who enjoy the odd innings ever now and then, Ashes Cricket works where it counts- out on the field. With that and enough content to keep you busy for hours on end, there’s actually a lot to like here. 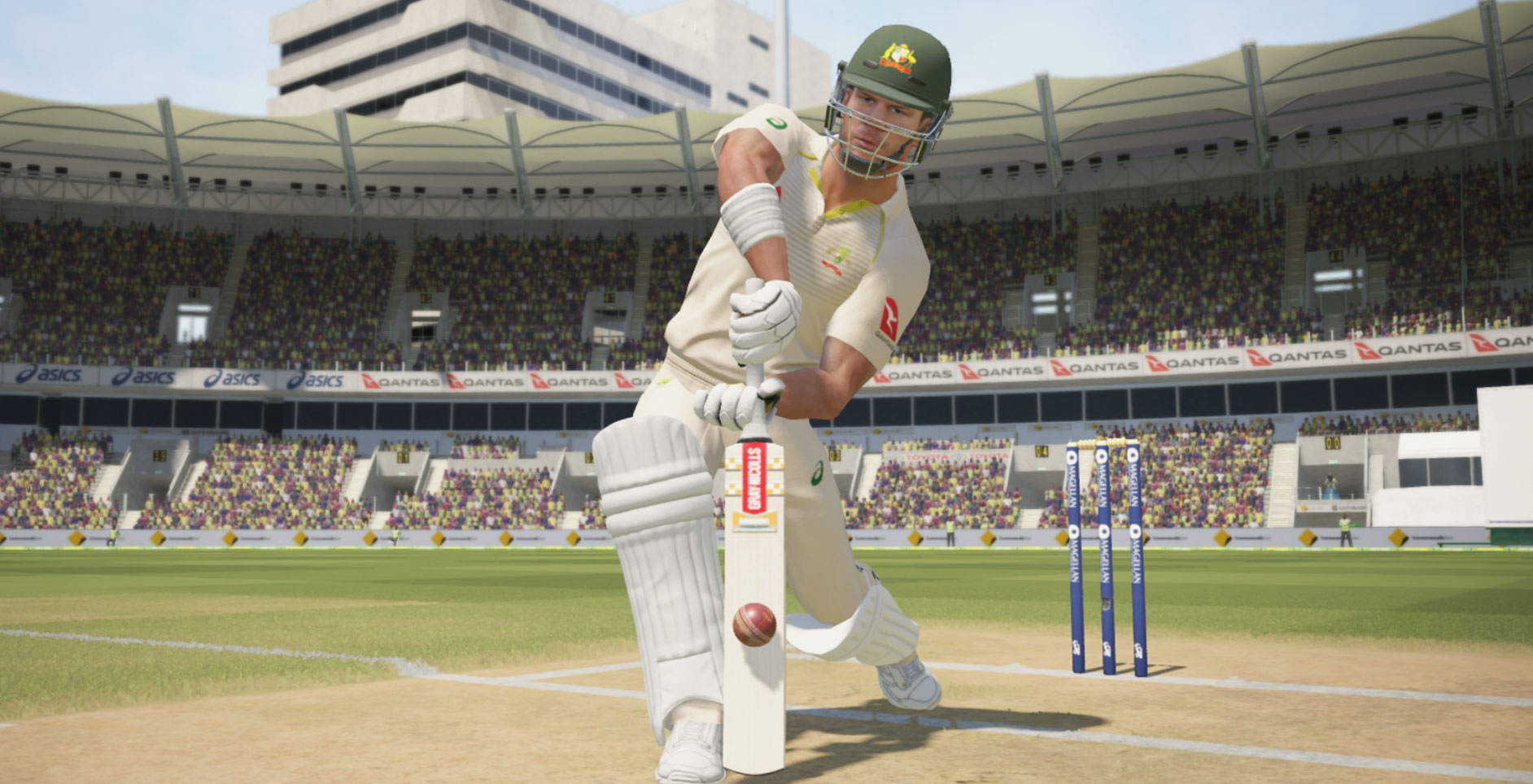 "Ashes Cricket works where it counts- out on the field."

Whether you’re playing as a batsman or as a bowler, Ashes Cricket plays very well. Like almost every other area of the game, the controls are quite deeply customizable, allowing you to tailor them to however you want to play, but one of the two settings that the game makes available itself is also quite good. The classic controls are a bit harder to grasp (using both sticks rather than any buttons), not because they’re too complex, but because putting them into practice is easier said than done. However the standard control scheme is easy to understand and even easier to use.

Which is why the actual moment-to-moment on-pitch gameplay in Ashes Cricket is quite enjoyable. As a batsman, connecting with balls and hitting shots around the field feels really good. Bowling, thanks to its very nature, is a lot less fun than batting is (or maybe that’s just because I’ve never been much of a bowling guy myself), but the game itself does a pretty good job of making sure that it works as well as it possibly can. Though it has to be said that with the standard controls, figuring out how to bowl properly can be a bit of a learning curve, especially given the fact that the game itself doesn’t really do a good job of teaching you. The quality of the on-pitch action in Ashes Cricket extends beyond that too, since everything related to fielding is also quite well done.

For instance, the game slows down and transitions into a small QTE-style sequence when one of your fielders is about to take a catch. It doesn’t happen every time there’s a catch out chance, so it doesn’t get repetitive or monotonous after a while, and it also serves to highlight the urgency and tension of those moments in the actual sport pretty well too. Unfortunately enough, in instances when your fielders have to throw the ball back while the batting team runs between the wickets are not quite as well done. The speed with which the ball is thrown back can be highly inconsistent, even when you do nothing different, and this can lead to moments of frustration.

The on-pitch gameplay is also often let down by the game’s animations. To be fair, the animations can actually be really good at times, thanks to motion capture technology. However, there are times when they falter a bit. For instance, while animations usually do a great job of showing the proper stances and poses of all the players – which works really well for when the game portrays shots, dives, and catches – the transitions between them can be choppy. Additionally, the animations for the fielders when they’re running after the ball are inherently slow, while similar issues can also lead to frustrating moments while you’re running between the wickets. The fact that such issues can have an actual impact on the scoreboard does the game no favours. 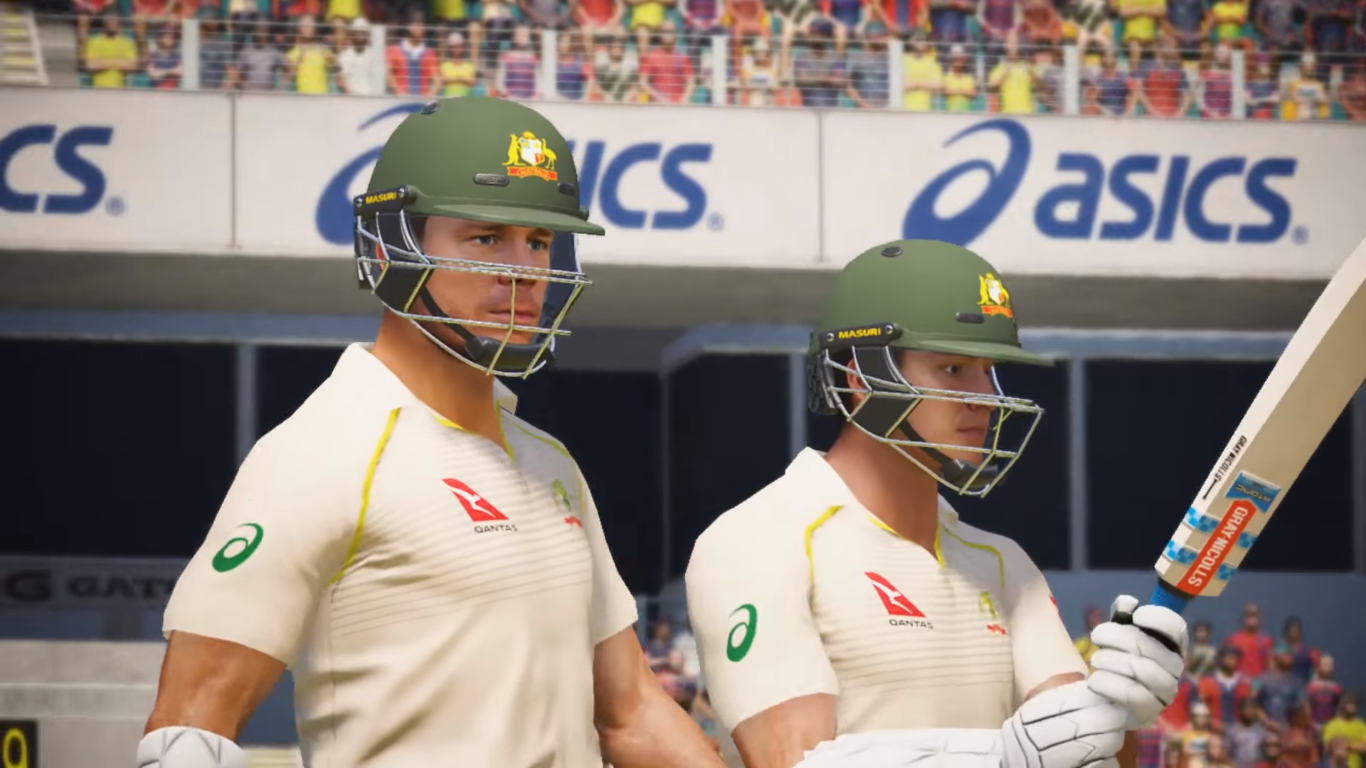 "Whether you’re playing as a batsman or as a bowler, Ashes Cricket plays very well."

Off the pitch, there’s a lot to do as well. There’s a career mode, which sees you starting out as a club level player, and managing your progression into an international start can be an addictive experience. Outside of that, the game lets you choose exactly what kinds of matches you want to play as well- there’s the Ashes, of course, but you can also play other single series matches between nations, while the game also lets you choose between a variety of variations and formats of the sport. You have your test matches, ODI matches and T20 games, of course, but Ashes Cricket also lets you play matches of five – or even one – overs.

This tendency to let you customize the game to suit your needs permeates throughout all of Ashes Cricket, which is highlighted by the fact that the game is loaded with creation tools. From stadiums and players to teams, match types, and even umpires, you can create and edit everything in this game for yourself, and the tools at your disposal are actually pretty extensive. Big Ant’s Don Bradman games in the past have always been known for their user created content, and it’s obvious that with such excellent tools at their disposal, people playing Ashes Cricket will be in for something similar.

Which is good, because the game is severely lacking in the licenses department. Of course, the Australian and English cricket teams and stadiums are licensed and present in this game – it is Ashes, after all – but that’s as far as it goes. No other international or club teams have licenses, which means the squads are populated by random, fictional players. Hopefully in the near future, the community will be using the creation tools at its disposal to create and edit squads that are more accurate representations of their real life counterparts.

Ashes Cricket also has major problems in other areas as well, most notable of them being the issues with the presentation. And nowhere is that highlighted more than in the commentary. When the commentary team isn’t completely silent for long stretches of time, they’re either completely wrong or inaccurate in their assertions and analyses of what’s going on, or they’re sounding bored out of their minds. Which is made even more disappointing by the fact that the commentators in the game are actual, professional commentators in real life. 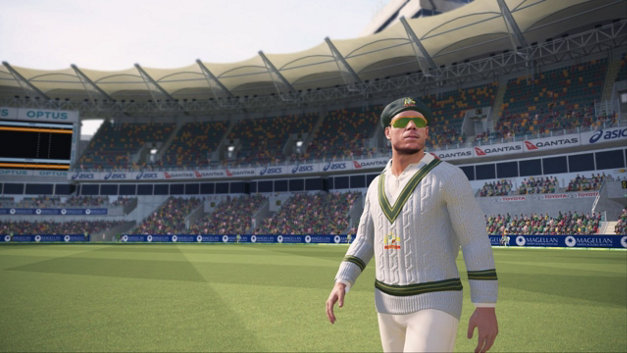 "When the commentary team isn’t completely silent for long stretches of time, they’re either completely wrong or inaccurate in their assertions and analyses of what’s going on, or they’re sounding bored out of their minds."

Beyond that, Ashes Cricket doesn’t do much to make it seem like a television broadcast of the sport either, as I’ve already mentioned earlier. The camera often cuts off at key moments during replays or television umpire decisions, while the visuals of the game themselves aren’t anything special either. They’re not bad per se- they’re serviceable, but beyond that, there’s not much to be said. The facial models of the players in the teams that are licensed look decent enough (though they’re characterized by cold, dead stares and stiff animations), but all the other players in the other teams look like poor cut-paste jobs. It has to be said, however, that on the audio side of things, Ashes Cricket is quite impressive. The crowds sound authentic for the most part, especially in the licensed stadiums, while the sound of the ball hitting the middle of the bat sounds just as solid as you would want it to.

Ashes Cricket is not without its fair share of issues then. Presentation is probably its weakest point, and it’s also bogged down by a few bugs here and there, while the lack of licenses might also bother some people. But the core gameplay here is solid enough for those who’re fans of the sport, while the extensive customization and creation tools on offer are also an added bonus. This may not be the most stylish or most polished cricket game you’ll ever see, but it certainly is the most enjoyable.

Final Verdict:
GOOD
What it lacks in shine and polish, Ashes Cricket makes up for with its deeply enjoyable on-pitch action and creation tools.
A copy of this game was purchased by author for review purposes. Click here to know more about our Reviews Policy.