The next Assassin's Creed will see changes in the way story is being told. 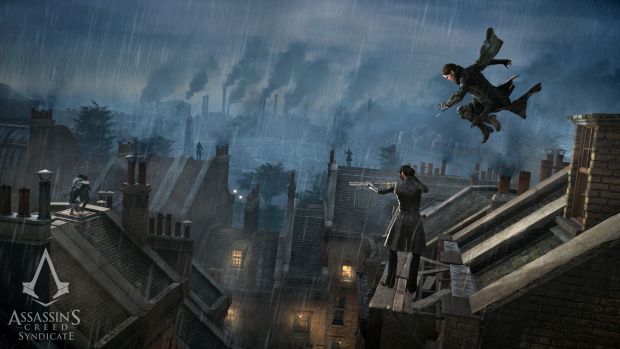 This little tidbit came from a larger interview with Ubisoft’s Serge Hascoët through LeMonde, a French website. The interview was translated by a Neogaf user and the pertinent details were then pulled out of that interview. In the interview, the company laid out the game will be more about smaller location based stories, rather than a larger narrative.

The translation states that: “Ubisoft would traditionally make open world games where they had a specific pre-laid narrative/cinematic experience in mind that the player would then go through. Think Assassin’s Creed 2 where you’re sent through a series of hub cities and hit the same plot points and set piece as everyone else, and even though you had options, your core experience would be pretty similar. Ubisoft notes that the first game that will really showcase this new approach to open world game design is the next Assassin’s Creed title.”

Ubisoft is basically implying that their games “will be more about things like vignettes and area stories than the overarching narrative. Or, put another way, there will still be dialog and cutscenes in their games, but they’ll be more localized to what you’re doing currently.”

“We’re putting less narrative in our games (especially the type present in Assassin’s Creed 2), and instead focusing on player stories, believable worlds, and emergent character interaction. We want games with things players want to share, and to allow them to play their way. We’re doing this because of both ourselves and market trends. See the next Assassin’s Creed for the first major example of this.”

This approach is still being refined but we’re seeing at least a little bit of that approach in Watch Dogs 2. The company said in the interview that it will be used even more in the next Assassin’s Creed game . Of course, just when we’ll see this new approach play out is anybody’s guess.