Spoilers ahoy as details of AC3 and Liberation are revealed in the new Game Informer. 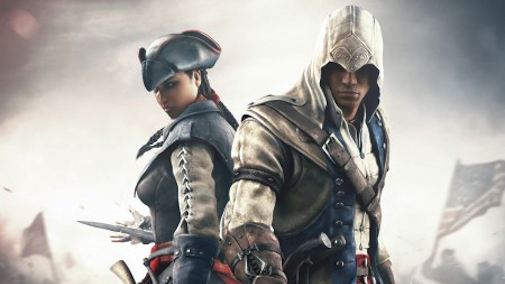 Hoo-boy. Just as the excitement for Assassin’s Creed 3 (and to a lesser extent, Assassin’s Creed 3: Liberation 3 for the PS Vita) couldn’t be contained, NeoGAF has posted an incredibly large amount of details apparently from the newest issue of Game Informer. Check out some of the details below, and hit the jump for the full list:

– Connor lives near Daveport (New York), in a house owned by his mentor: Achilles.
– Achilles is an old killer arrived many before the new world that has been established as the Mentor of the brotherhood in the Colonial America.
– Secondary missions will be scattered for several territories.
– Each murderer who recruits Connor will have its own mission of initiation in the order, to complete this same characteristics of customization (weapons, appearance, etc) will be opened.
– After the Connor recruits to carry out certain missions or tasks, appear figures memorable / statues, in his lair.
– Weapons and equipment of Connor is kept on a fourth secret beneath the mansion of his mentor, a curious fact: this room is opened by pulling a lever in the form of candles.
– Also next to your home is a small port where it protects the Aquila.
– The naval aspect of Assassin completo Creed 3 is shaped by three branches with their own objectives. The first: are focused piracy missions, attacking other ships and gain new maritime zones as well as trade routes. The second: focuses on the history, more specifically in the famous Naval Officer (and Templar): Nicholas Biddle. The third: This point focuses on a secret treasure.

– The system of “person” will allow to select between one of three possible costumes from Aveline, which not only change the appearance of the protagonist, but that of her skill set.
– The assassin costume gives basic and an Assassin known features. “Lady Aveline” costume greatly reduces mobility but allows to seduce and bribe officials. Maid costume allows you to pass unnoticed in previously closed areas and is capable of inciting a rebellion among the citizens.
– Players can buy one of these different costumes in stores scattered throughout the map and opt for the benefits of each to complete their missions.
Each “person” gives a unique feature of their appearance.