You can purchase Erudito Credit Packs for "some game items, disregarding your current level".

Anyone who’s played Tribes: Ascend will now the process. You can play the game for free and level up normally but if you drop some cash, you’ll receive a large amount of content. Make no mistake: Anyone can get these items if they play long enough; it’s simply a means, albeit affordable, to fast-track the process. Ubisoft seems to be going in a similar direction with its video games – it’s indicated they’d be observing free-to-play style micro-transactions in Sleeping Dogs, but Assassin’s Creed 3, that may come sooner than expected.

In these images provided by WorthPlaying, Ubisoft is offering Erudito Credit Packs for sale, starting from $1 USD/80 Microsoft Points for a 20 Erudito Pack to $20 USD/1600 Microsoft Points for a 925 Erudito Credit Pack. These packs allow you “to acquire some game items, disregarding your current level.” We’d guess that entails hidden goodies, not at all unlike the ones DLC provides. However, what effect would they have on the multiplayer? Are they special items that make the game easier or play differently? As of now, nothing is known but we’re hoping Ubisoft doesn’t turn this into a purely exploitative process as when micro-transactions were first introduced. 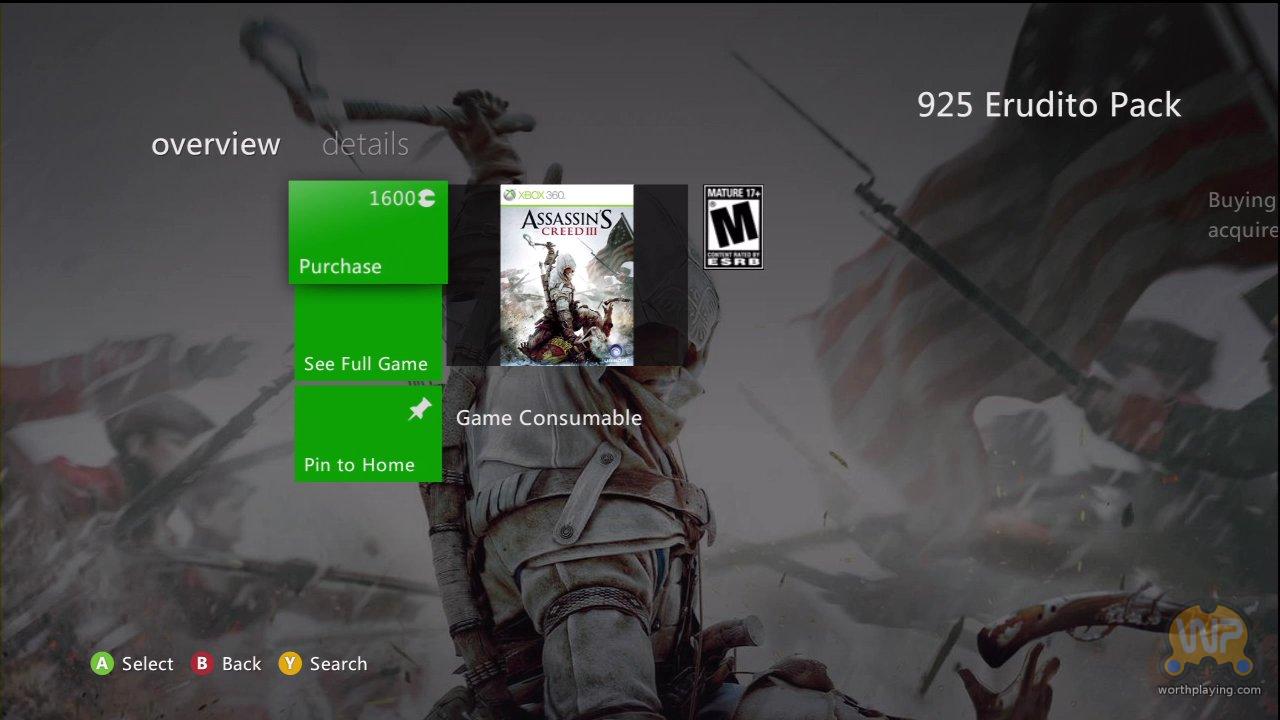 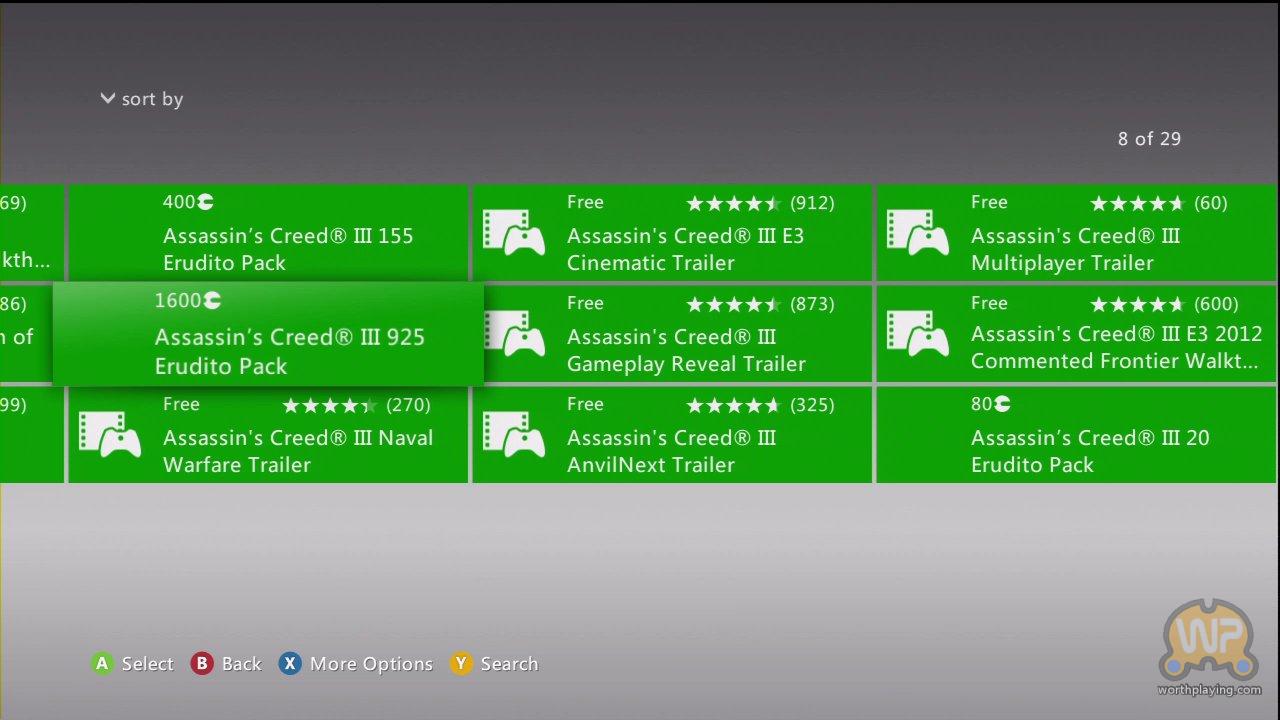 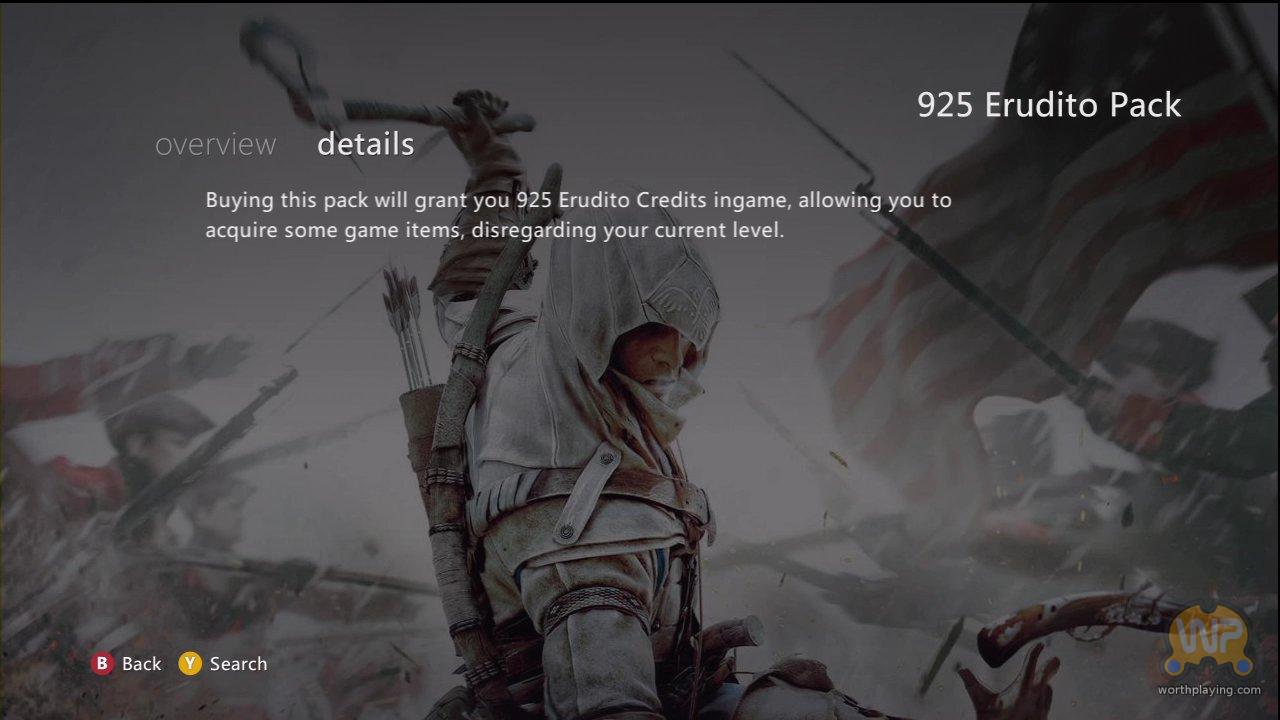