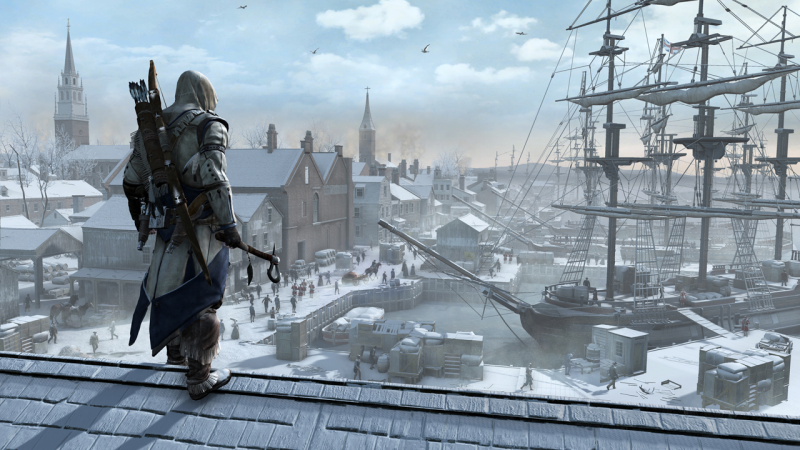 Assassin’s Creed 3 may not be the most popular game in Ubisoft’s action adventure (now RPG) series, but there’s no denying that when it launched, it was a stunning technical achievement (as, to be fair, most Assassin’s Creed games tend to be). And for all its faults, when Ubisoft announced that Assassin’s Creed 3 Remastered would be part of Odyssey’s Season Pass, a great many people were elated at the chance to play the game yet again.

Now, Ubisoft have revealed the improvements we can expect to see in the remastered version of the game, the most notable of which have to be the visual upgrades to an already visually impressive title. On the Xbox One X and the PS4 Pro (and PC, of course, if your rig can support it), Assassin’s Creed 3 Remastered will feature 4K visuals, as well as HDR support. Whether these 4K visuals will be native or something else on both the enhanced systems isn’t something Ubisoft mentioned, though.

On a base PS4 and Xbox One, the game will run at 1080p resolutions. Across all systems, though, there will be several other upgrades to speak of. These include a new physically based rendering lighting system, higher resolution textures, and new character models, while crowds, environments, and VFX will also be made denser.

On top of that, Ubisoft has also mentioned that “based on player’s feedback”, many gameplay mechanics will also be “revamped or tweaked”. This is particularly interesting- to what degree can we expect them to revamp stuff? Considering this is a remaster, and not a remake, probably not too much, but it’s interesting nonetheless. No further details were given by Ubisoft on this particular point.

Assassin’s Creed 3 Remastered will launch in March of 2019 for the PS4, Xbox One, and PC. If you’re looking for something newer, Assassin’s Creed Odyssey is out on those systems as well. Read our review here.