The 2.5D platformer trilogy goes to India but fails to capitalize on its compelling setting.

Generous dollops of colour and an art style that channels a painting come to life define Assassin’s Creed Chronicles: India. For a series that’s been about the cloak and daggers war between the Templars – traversing such locations as Italy, Boston, London, Paris and even China in the first edition of Chronicles – the series has never felt this colourful and romantic. However, beneath the beautiful aura and decidedly Indian atmosphere, Assassin’s Creed Chronicles: India has some problems with its 2.5D platforming mechanics that make it a clunky and frustrating experience. 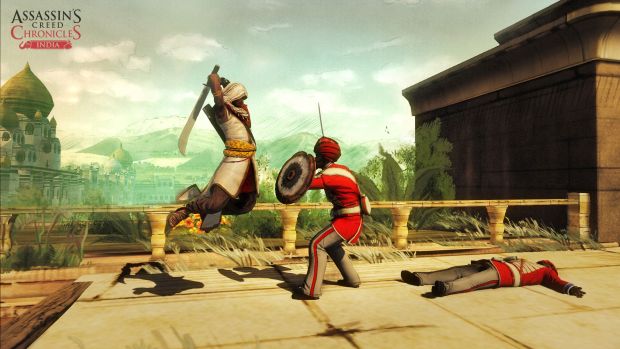 "Assassin’s Creed Chronicles: India immerses you in its world right out of the box and seems to present a fulfilling setting steeped in Indian history."

In this “chapter”, you play as Arbaaz Mir during the year 1841, India. As the Sikh Empire wars with the East India Company, Arbaaz is initially a rather rebellious character who prefers to spend time with the princess. The first mission, also serving as an introduction to the controls and mechanics, sees Arbaaz sneaking into the royal palace to spend time with princess Pyara. Of course, as they usually do, events take a turn and Arbaaz must recover the Kohinoor diamond and save Pyara from the bad guys.

Assassin’s Creed Chronicles: India immerses you in its world right out of the box and seems to present a fulfilling setting steeped in Indian history. Guards speak to each other in Punjabi, henna patterns emerge as a predominant aesthetic and there’s an overall warm vibe to appreciate. If you’ve had experience with games like Ronin or even Mark of the Ninja, then you’ll be somewhat disappointed to hear that Assassin’s Creed Chronicles: India is pretty much the same. Maybe not as punishing as the former but definitely not as rewarding or exhilarating as the latter.

You’ll spend the majority of your time sneaking through levels, avoiding guards based on their vision cones and either pick pocketing them or putting them to sleep (for how long depends on your lethality). Mechanically, it’s not too hard to navigate through the environments though it can be a bit awkward at first to sprint holding Right Trigger. Give it some time and you’ll be vaulting over obstacles, deploying grappling hooks and shimmying across ledges in no time. However, the clunkiness of the controls can result in you being spotted when you’re stuck in front of a pillar but actually intended to jump away. Similarly, pulling off non-lethal kills by waiting for the icon prompts to appear can be very iffy. 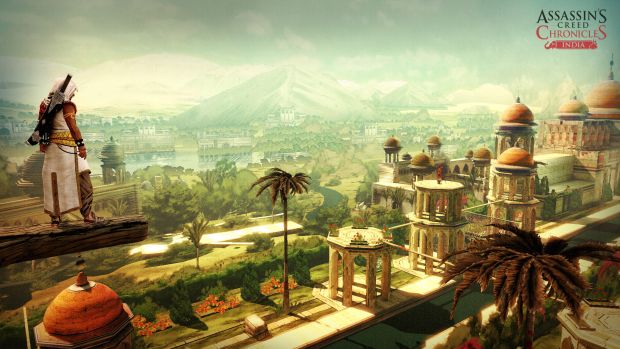 "At the very least the assassination missions feel on point and the instances where combat has to be properly planned and executed can be fun. Neither really holds a handle to the escape sequences which see you utilizing nothing but your movement to get away."

The combat isn’t much better and highlights the sluggishness of Arbaaz’s attacks in general when you’re spotted and forced to react. Some elements like dumping bodies inside shadowy doorways were all well and good but they’re pretty rudimentary in a game like this.

Assassin’s Creed Chronicles: India does emphasize stealth above all though and even throws in some gadgets like smoke bombs to help you along the way. The problem is the amount of frustration you’ll have to endure when you’re wrestling with taking down a guard, navigating past them and then being spotted before you’re clear to the next section. It’s cool to be graded depending on how sneaky I was but for the most part you should be prepared to reload from your previous starting position quite regularly.

At the very least the assassination missions feel on point and the instances where combat has to be properly planned and executed can be fun. Neither really holds a handle to the escape sequences which see you utilizing nothing but your movement to get away. It’s a welcome departure from all the trailing missions we’ve seen in past Assassin’s Creed titles even if it can be ruined by the odd jumping puzzle or two. It’s a shame that at the end of the day, Assassin’s Creed Chronicles: India doesn’t do much with its setting or conflict to really attract players. The same issue arose with Assassin’s Creed: Unity – during one of the most important revolutions in human history, Ubisoft was busy trying to present a love story that felt way too awkward. 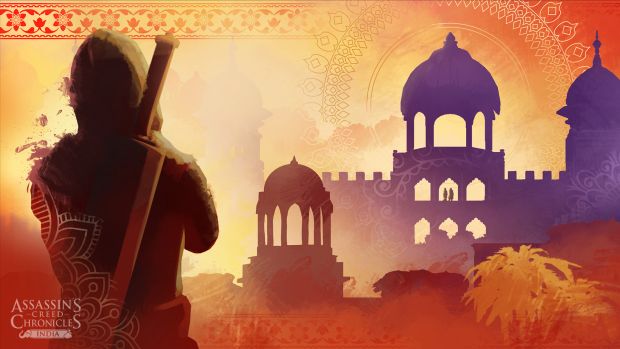 "Assassin’s Creed Chronicles: India is an interesting step forward to the trilogy of chapters and it’s worth repeating that the aesthetic and overall set-up feel fresh."

In Assassin’s Creed Chronicles: India, Arbaaz is a likeable character with a strong motivation to rescue his lady love. What about the East India Company? What about events that would eventually lead to the Uprising of 1857? Couldn’t the Brotherhood have been involved much more deeply than this? Again, it feels like the setting wasn’t exploited to its full potential to allow players some truly extraordinary moments.

Assassin’s Creed Chronicles: India is an interesting step forward to the trilogy of chapters and it’s worth repeating that the aesthetic and overall set-up feel fresh. What Ubisoft does with that setting doesn’t, sadly, and you’ll quickly find yourself roaming around like it’s business as usual, sneaking past guards, parkouring through environments and just progressing to the next checkpoint for the sake of it. Some clunkiness aside, there are some interesting things to do in the game but like the week-old mehndi nearly faded away, it ends up imminently forgettable.

Clunky controls at times. Not a very compelling plot despite an interesting setting. Mission design could be better. Frustrating, especially when you need to reload a specific section multiple times.

Final Verdict:
FAIR
As a departure from the typical Assassin's Creed series, Assassin's Creed Chronicles: India is as colourful as they get. Unfortunately, the controls and limited story fail to really deliver a compelling gameplay experience.
A copy of this game was provided by Developer/Publisher/Distributor/PR Agency for review purposes. Click here to know more about our Reviews Policy.