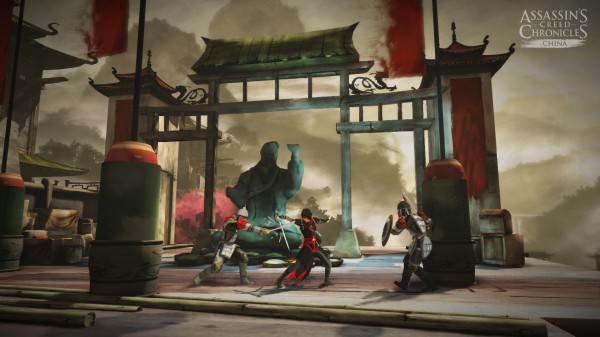 Assassin’s Creed managed to make a comeback after increasingly poor showings that led to declining sales, critical reception, and interest in the series with Assassin’s Creed Origins last year, an open world action RPG that was a complete rethinking of the series from the ground up.

One of the big reasons that the game was as successful as it was, at least at first, was because of the setting- Ubisoft went to ancient Egypt, which was a setting fans had been demanding from the series for a while now. And it looks like for its follow up, they will be acquiescing to fan requests again.

According to a report by PlayStation Universe, citing an anonymous source, the next Assassin’s Creed game will be called Assassin’s Creed Dynasty. Judging by the name the game could be based in China but we already have Assassin’s Creed Chronicles: China so we are not sure where the series is going next.

Take this report with a grain of salt but of course, I do hope it won’t be coming out this year, but that Ubisoft takes its time with it- attempted annualization of the franchise was what nearly killed it the first time around to begin with.