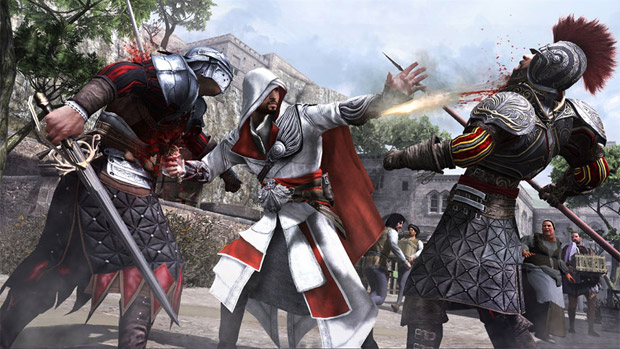 Assassin’s Creed is one of Ubisoft’s biggest franchises, and their decision to change the series’ development cycle was a wise one. However, that doesn’t mean we can’t get a remastered version of Ezio Auditore’s journey, which runs from Assassin’s Creed II to Revelations. A recent NeoGAF user spotted an Ezio Collection game that was rated by the Korean Game Rating Board.

According to the reports, it looks like it’s most probably coming to consoles only, as the board only rated PS4 and Xbox One versions of the collection. The rating’s translation proves that this is actually an Assassin’s Creed game, describing it as an action game that uses a character’s DNA to allow them to experience ancestral memories and confront the Templar Knights as an assassin.

There is still no official word or response from Ubisoft concerning this leak, and since they have already conducted their Gamescom briefing, I don’t believe we’re going to see it officially announced soon.