We have solid confirmation that Assassin’s Creed 3 has 4 player co-op. The info was revealed by the Xbox.com Assassin’s Creed III page, and before they remove that we have grabbed a screenshot for you.

You can check out the reveal trailer and info blowout on the game here. The game will be released on October 30th for the PS3, Xbox 360, PC and the Wii U. 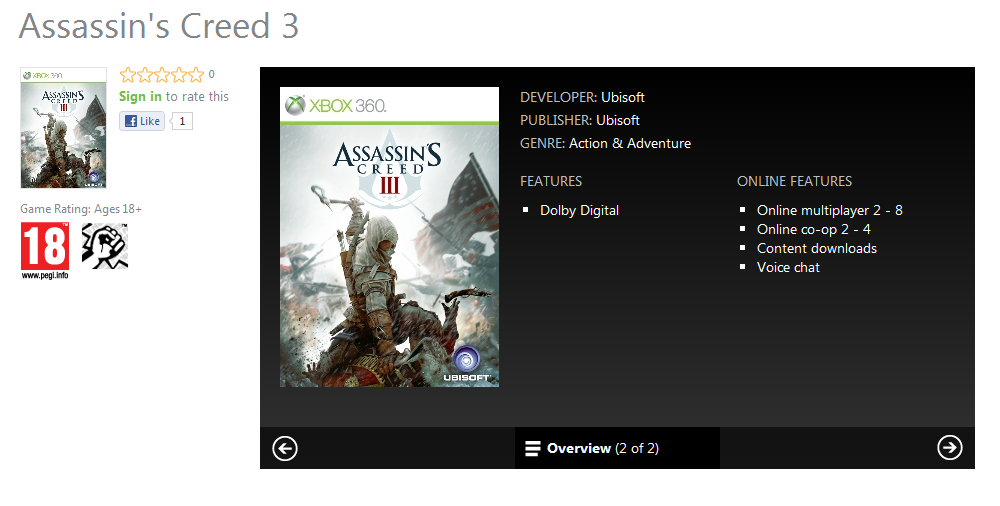